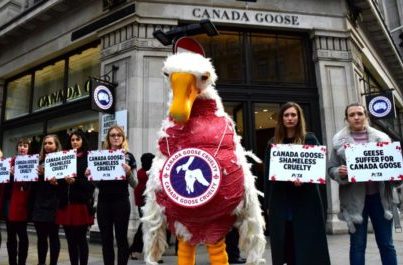 A new video exposé of a Canada Goose down supplier reveals that workers rounded up terrified geese, who piled on top of one another in an attempt to escape. At least one bird was apparently crushed to death, and others suffocated. Workers then grabbed and carried birds by the neck and shoved them into cramped cages for a journey to the slaughterhouse that lasted more than five hours. There, workers shackled them, hung them upside down, and slit their throats as other birds watched.

PETA has now filed a complaint with the U.S. Federal Trade Commission and the Canadian Competition Bureau challenging Canada Goose’s claims that its products are “[e]thically sourced” and “humane.”

“This is false advertising because there’s nothing ‘humane’ about a process in which geese are trampled and suffocated, grabbed by the neck, and crammed into tiny cages for hours of terror and misery,” says PETA Executive Vice President Tracy Reiman. “PETA is calling on consumers to refuse to buy Canada Goose’s cruelly produced coats and anything else stuffed with tormented birds’ down.”

PETA—whose motto reads, in part, that “animals are not ours to wear”—notes that the geese were sometimes left in transport cages overnight with no food or water and that after the long journey, the cages were filthy with feces and feathers. After slaughter, many birds’ bodies had visibly bruised and broken wings, apparently caused by the long confinement to cramped metal crates.

PETA’s exposé includes footage from Manitoba’s James Valley Colony Farms, which breeds 130,000 geese per year, and South Dakota’s Schiltz Foods, the largest goose slaughterhouse in North America. James Valley Colony Farms, which appears in a Canada Goose promotional video, sends geese to Schiltz for slaughter and sells their down to Canada Goose’s only down supplier, Toronto’s Feather Industries, which claims that it buys only from farms that practice “ethical and humane treatment” of animals.

Canada Goose’s coats are also trimmed with fur from coyotes, who can suffer in traps for days before they’re shot or bludgeoned to death. 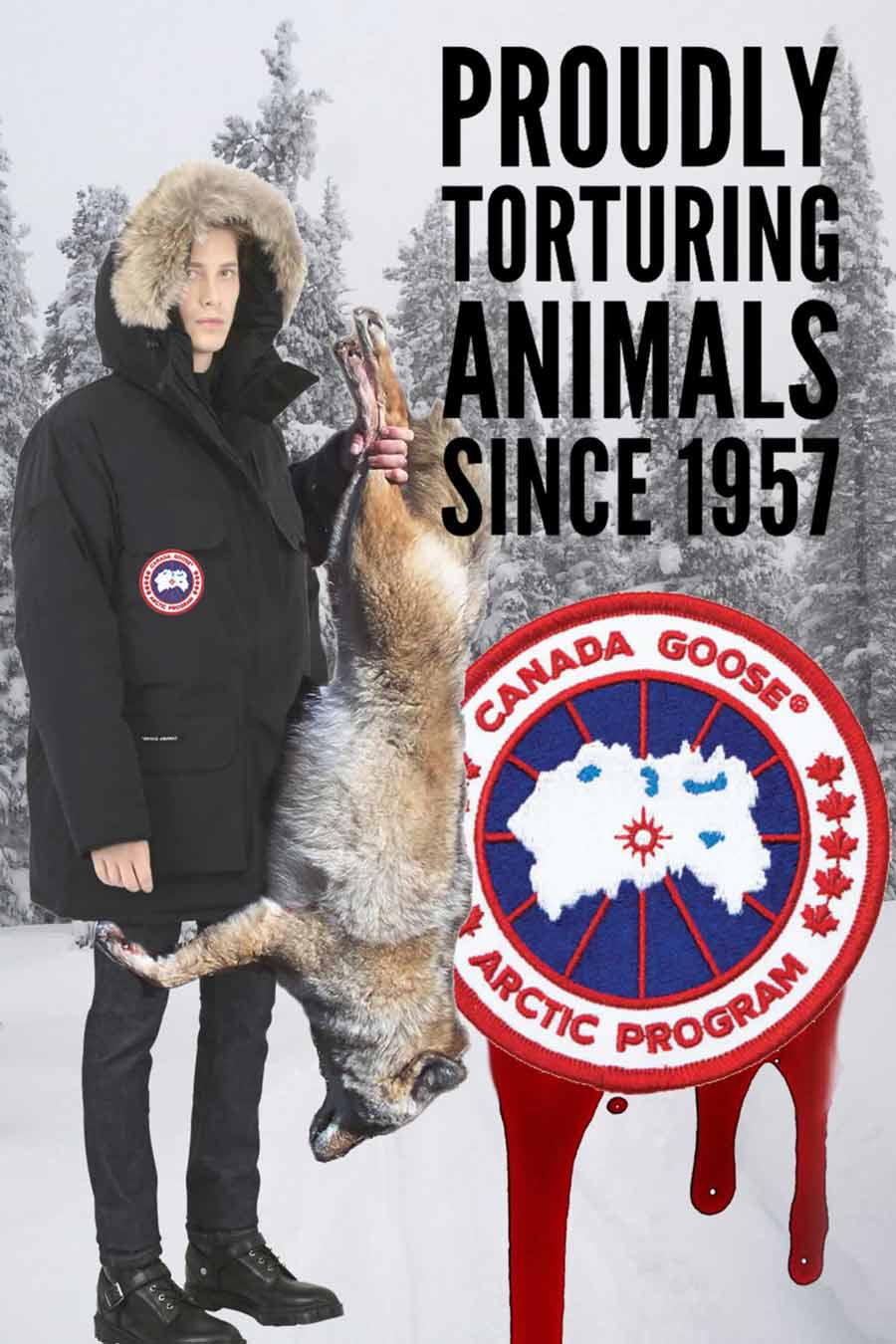