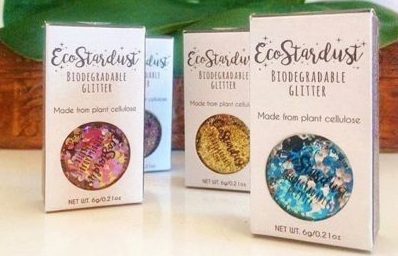 Today Is Plastic Pollution Awareness Day, And This 15 Year Old Is Doing More About It Than You Are

It’s Valentine’s Day, which means we should only be talking about love and glitter! But did you know there is currently a proposed global ban on glitter?

Glitter should be banned, researcher Trisia Farrelly, a senior lecturer in environment and planning at Massey University in New Zealand, told CBS. The reason? Glitter is made of microplastic, a piece of plastic less than 0.19 inches (5 millimeters) in length. Specifically, glitter is made up of bits of a polymer called polyethylene terephthalate (PET), which goes by the trade name Mylar. And though it comes in all sizes, glitter is typically just a millimeter or so across. Microplastics make up a major proportion of ocean pollution. A 2014 study in the open-access journal PLOS ONE estimated that there are about 5.25 trillion pieces of plastic weighing a total of 268,940 tons (243,978 metric tons) floating in it. That was 2014, which means you can only imagine the current tragic situation.

Microplastics concentrate low-level pollutants in water and these become bioavailable via ingestion to marine organisms – simply put – they pollute the ocean and kill our beautiful sea life!

Not to worry – biodegradable glitter exists!

EcoStardust is made up of a team of environmentally conscious festival loving sparkly people who love glitter and promoting maritime conservation and environmental issues. Not only is this glitter ocean and sea-creature safe, it’s 40% softer than traditional glitter – which means it’s perfect to use on bodies and faces — in addition to crafts and art!