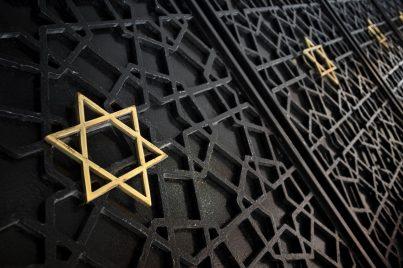 In 1996 I was VP of Student Affairs at Syracuse University – yes, go ahead calculate my age. Got it? Good. Moving on.

It was the time of the Million Man March and I was in a relationship with a black man. The Nation of Islam was rising in popularity and Khalid Muhammad (who had once been the protege of Louis Farrakhan) was invited by the African American Society (AAS) to speak. The Jewish Student Union (JSU) were understandably concerned about Khalid’s wild antisemitic conspiracy theories and vitriol. They asked me, as a Jewish woman, if I could do something to prevent him from coming. I knew from my boyfriend that although he didn’t personally agree with everything Khalid said, he was considered an important voice for the African American community and the reason why AAS invited him. I told JSU that I didn’t like the antisemitism any more than they did but I wasn’t going to tell him not to come. However, I encouraged them to protest outside his talk, or better yet, attend the talk and then call him out during Q&A’s.

You see, this was pre-cancel culture. This is when we still tried to communicate with one another rather just write someone off because they don’t hold our worldview. I still follow that approach. I’m a liberal Jew and that is how I was raised. I will always extend an olive branch first hoping that the ignorance is at its infantile stage and not in full blown mature toxicity. And if it is the latter, you better believe my other hand will be krav maga prepared if you attack. I don’t fuck around anymore. You know my age. I’m not in my 20s trying to please you. I’m in my 40s trying to warn you.

And here we are again, yet another version of the perverse game that no one wins called Who Has It Worse? My favorite professor at University was Prof. Thomas. He was a Black Jew who taught philosophy. I loved this man. I took as many of his classes as I could. The class was called: American Slavery & The Holocaust. It of course descended into a shouting match of who is more oppressed. It was very clear to me then that I was in a room full of passionate, articulate, magnificent people that if brought together would move mountains. Black and Jews are both victims of white supremacy. We’ve both been slaves to it and we’ve both fought for our lives and culture within its tyrannical grasp. Blacks and Jews have so much more in common than we have been taught to believe. Blacks need to understand that Jews have been suffering and struggling for survival for millennia, and Ashkenazi white-passing Jews need to stop hiding behind their fairer skin because it makes their life easier – – and they need to learn their history.

Yes, the first Jews were black. Oooooh ahhhhhhh. They were absolutely POC. And no, I don’t mean this in the Black Israelites way. It’s just a matter of history. We are indigenous to the Middle East. It is just that simple. Anti-Zionists are COUNTING on us to forget this fact because by framing Ashkenazi Jews as white, they are erasing our connection to the region and can then say we are foreign invaders who have stolen land. See how slippery that slope can get?

A quick history lesson: Jews are indigenous to Israel and Judea. When the Romans exiled the Jews in 69 CE as an act of colonialism we became a diaspora. The Romans renamed the land Roman Palestina. They did this to erase Jewish connection to the land. But why Palestina? Palestina is the Latin word for Philistine who were sea-faring people from the Aegean Sea and the greatest enemies of the Jews at the time. Remember the story of David & Goliath? David was a Judean. Goliath was a Philistine.

As a diaspora, some of us were taken on slave ships to Europe. This is the Ashkenazi Jews. In Europe we were met with the Crusades, the Inquisition, pogroms and the Holocaust. The latter brought many of us to the States. The Holocaust is not our only atrocity. It is merely a dot in our book.

Other Jews escaped and settled in North Africa. Some made their way to Spain. These are Sephardic Jews. It is believed that most Ashkenazi Jews were originally Sephardic and due to the Spanish Inquisition fled into Central Europe.

Some Jews escaped East to Arab lands where they settled and remained for thousands of years – even before Islam was born. These are the Mizhrahi Jews. Their history and persecution run deep and is overlooked in favour of the Ashkenazi story.

Other Jews fled deeper into Africa and why we have African Jews today who have gone to great lengths to survive. Look up Operation Solomon to learn about Ethiopian Jews for example. Our African history is a tragic one, but one of absolute courage and resilience.

This diaspora is why some of us are pale, freckled faced and ginger, and some of us are black. Hummus lovin’ Black Jews – – not converted (that’s insulting to insinuate to Black Jews by the way!) This Black v Jewish bullshit is most hurtful to our Black Jewish brothers and sisters, and to Jews of colour who cannot pass for white.

I will continue to fight for the marginalized and I will call out anyone – on the right or left – that are too dogmatic to understand how dangerous they are becoming.

Though I have to be honest. Right wing neo-Nazis don’t really bother me. Regurgitating Mein Kampf? What else is new? What concerns me more are those on the Left who think they are ‘woke’ because they have fallen for ancient antisemitic tropes parading as activism. This is how antisemitism has survived this long. It mutates and hides behind whatever the zeitgeist deems righteous. Eventually Jews are blamed for whatever has sullied it. Today anti-Semitism hides in anti-Zionism.

Pssst… I’ve got a secret for you…. Zionism isn’t a dirty word.

Zionism is the belief that Jews have a right to self-determination in their indigenous land. No more, no less. As with the Civil Rights movement there are two main approaches. First is the Martin Luther King Jr version of Zionism that believes we are all equal and can live together peacefully. I subscribe to this school. We are also pro-Palestinian, anti-annexation and anti-Netanyahu. The second group of Zionists are of the Malcom X ‘by any means necessary’ variety. They believe Israel needs to survive no matter it costs. Whatever the approach, it does not diminish the Jewish right to self-determination.

Israel has recently been blamed for the murder of George Floyd and creating the Covid-19 outbreak. The UK, where I currently live, almost elected Jeremy Corbyn, a far-left politician who deemed Israel a racist state and called Hamas his friends. 95% of British Jews expressed concern and said they would leave the country if he became PM. We were gaslighted by non-Jews who quoted the 5% of British Jews who didn’t think he was an anti-Semite and called it a ‘smear campaign’. It’s like shouting ‘see that black guy who voted for Trump? That proves Trump isn’t racist.”

How dumb do you think we are?

A couple of days ago, only a few months after Corbyn, a celebrity grime artist went on an 11 hour antisemitic tirade about Israel and called for violence against Jews. Suddenly the Left shakes their heads in horror. I’m thrilled to hear your support but where the fuck were you months ago when we were screaming and crying for you to pay attention?

Blacks and Jews are tired of shouting. We’re tired of begging you to care. Racism in the States is so deeply ingrained that many white people don’t even know they are racist. Blacks have been fighting for their liberation for hundreds of years and are still being killed in the streets. Antisemitism is so deeply ingrained worldwide that people don’t even realise that saying things like “Jews are good with money” is not a compliment. We have been fighting for our self-determination for thousands of years and we are still being scapegoated and routinely executed globally.

If 2020 has taught us anything it’s that the disease is not going anywhere – and I’m not talking about Covid. 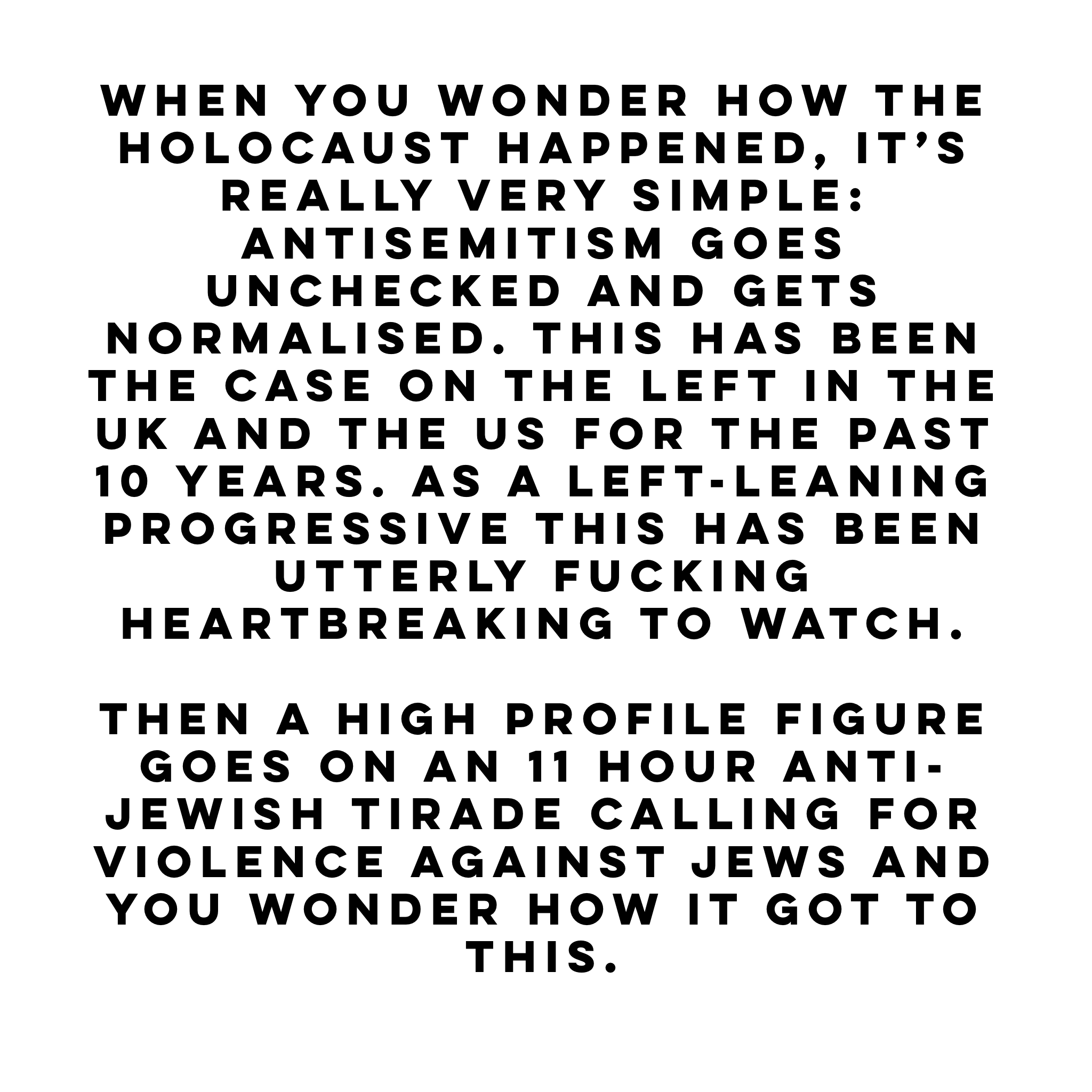 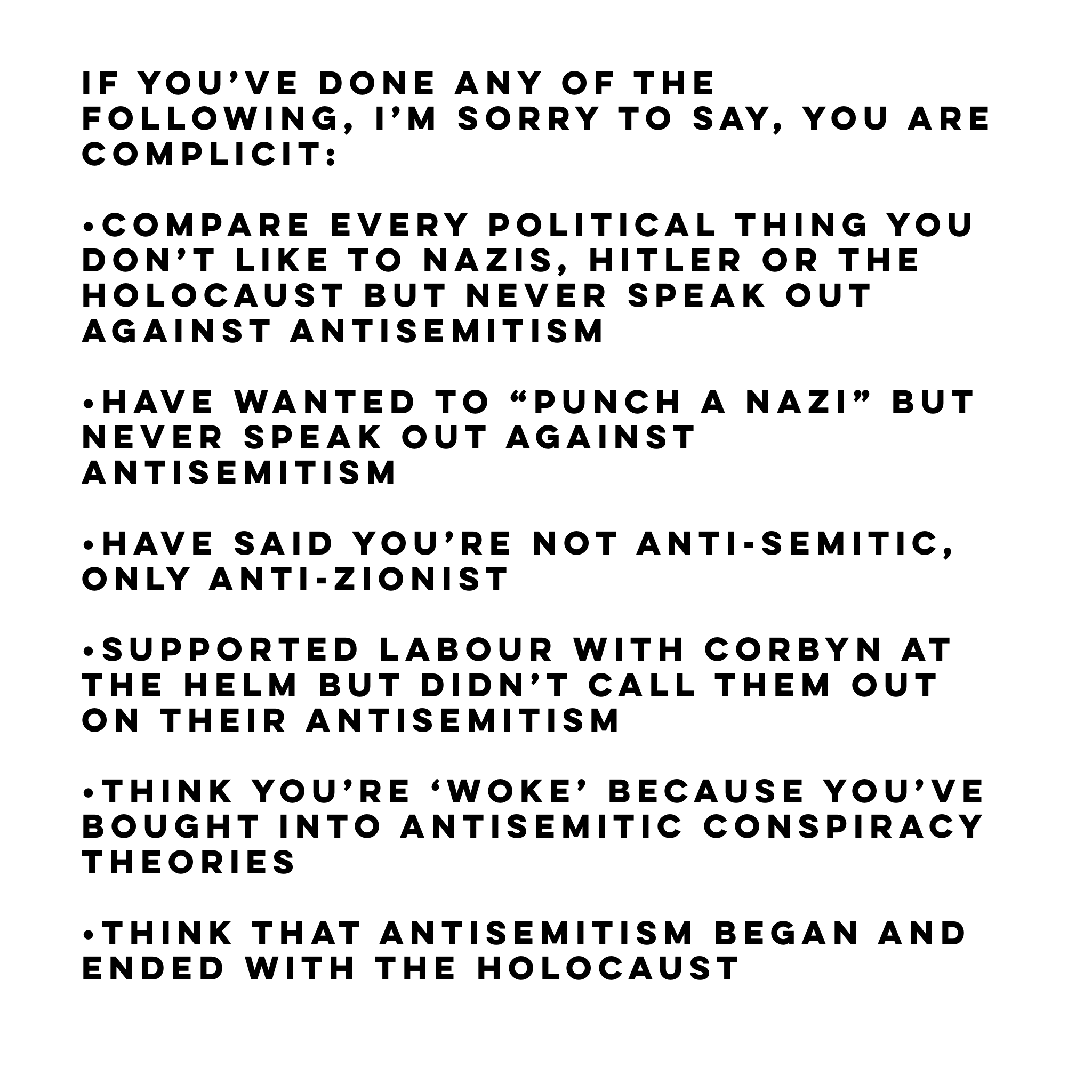 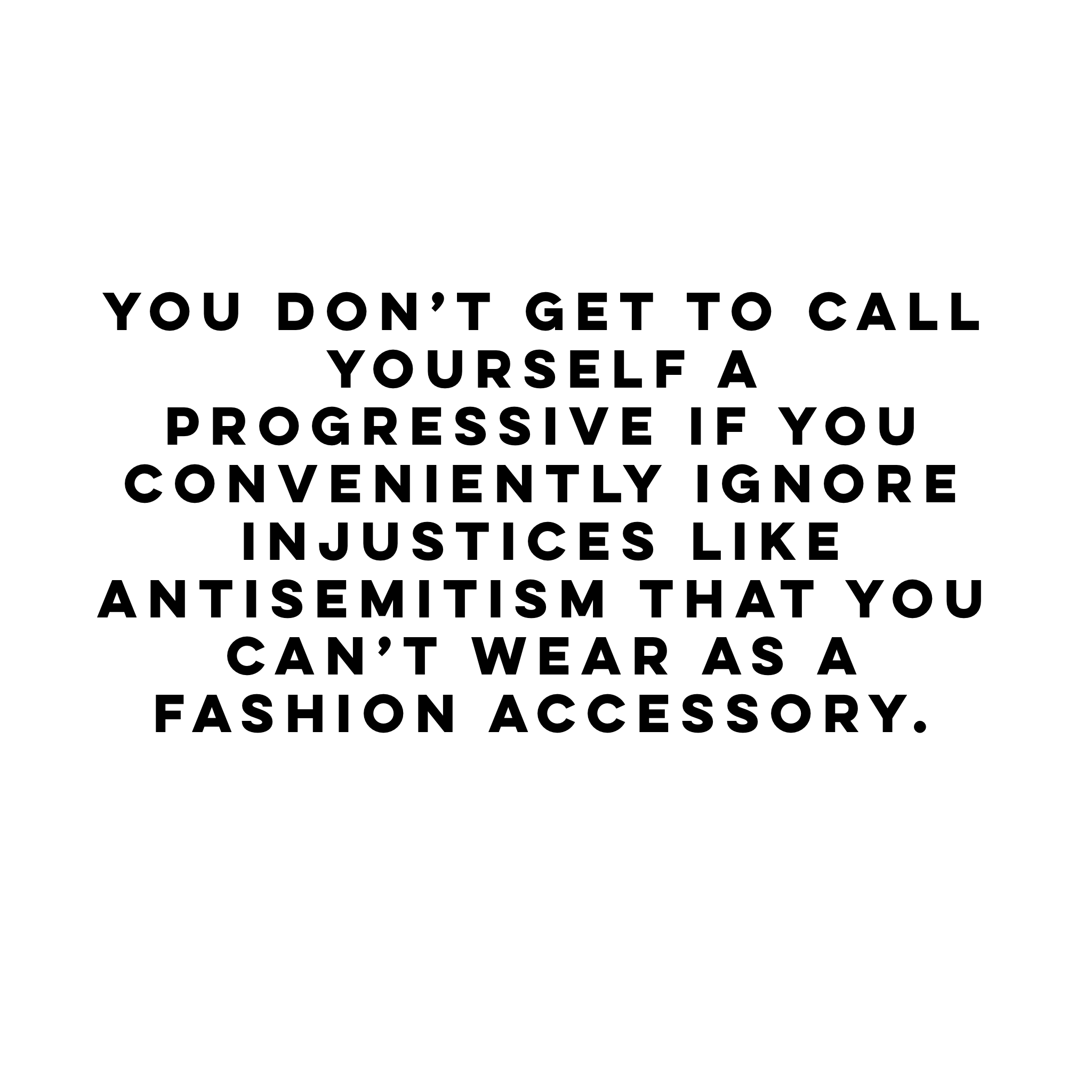 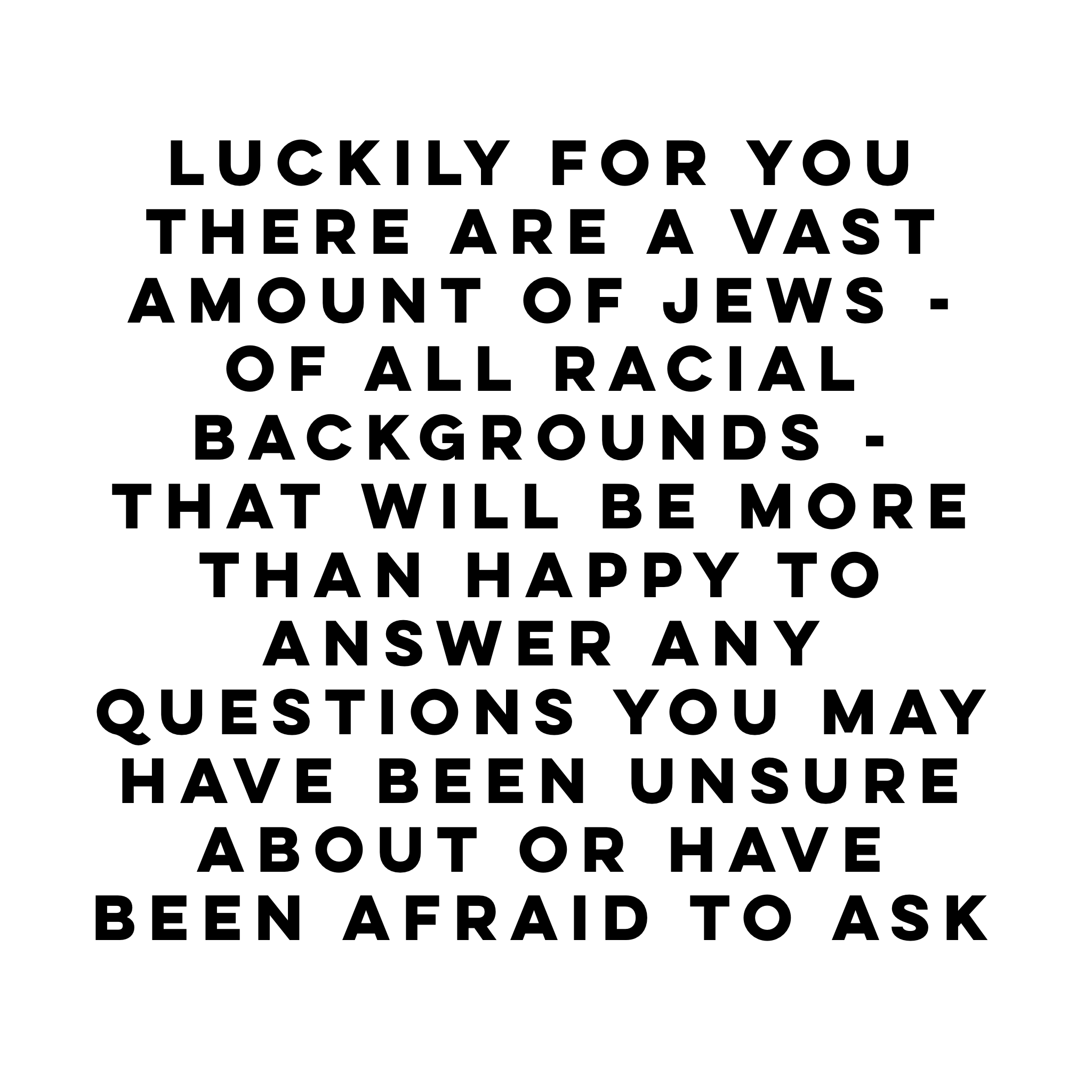 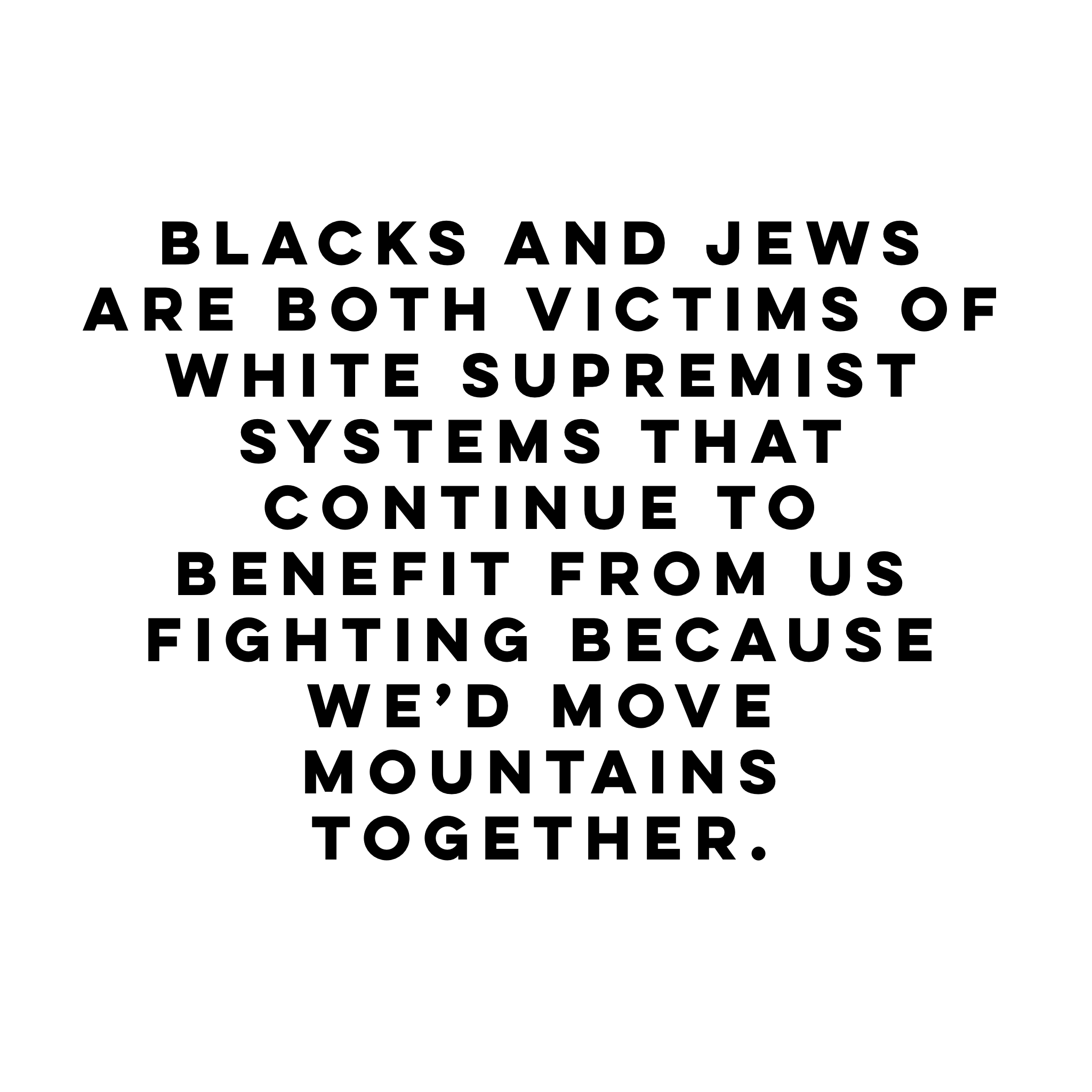 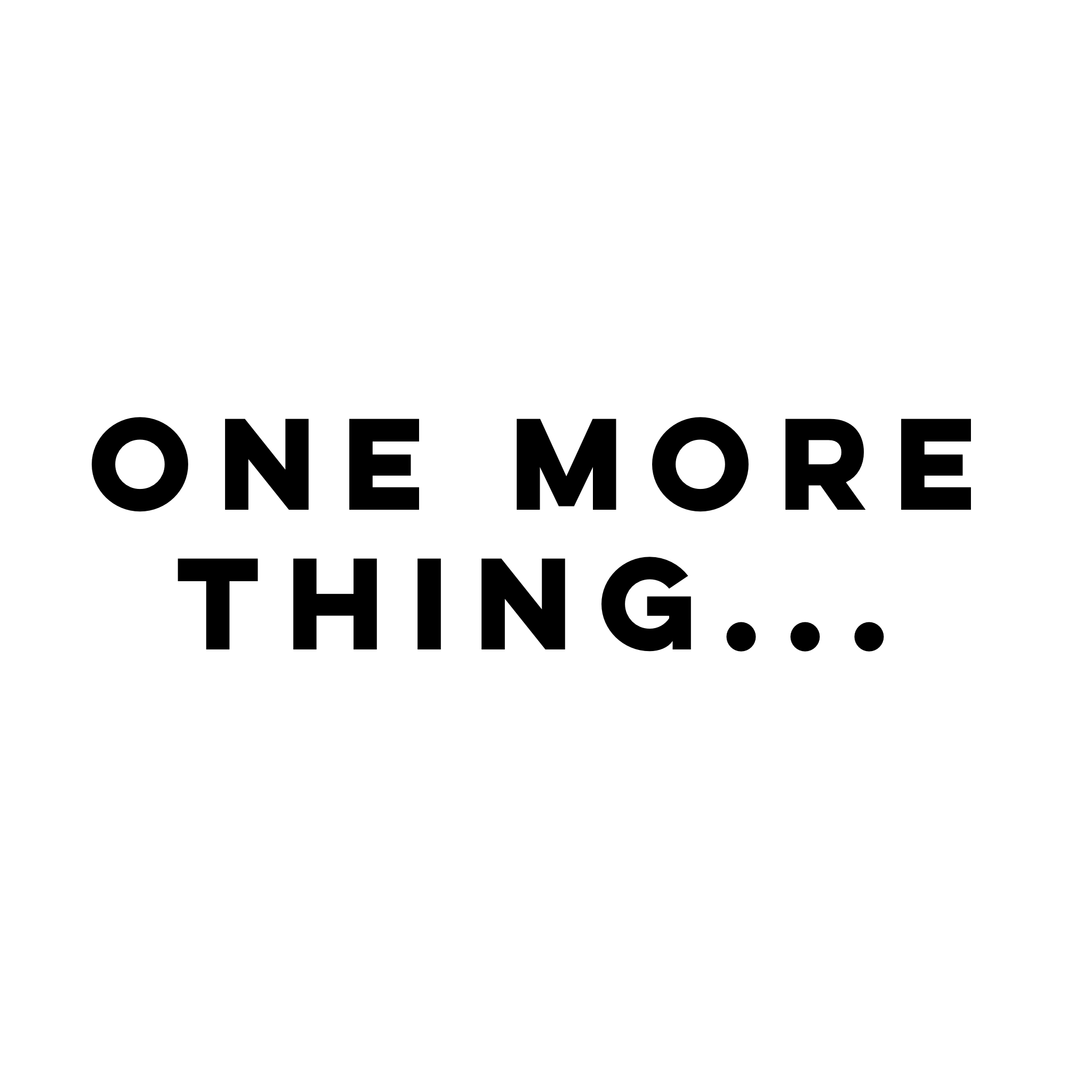 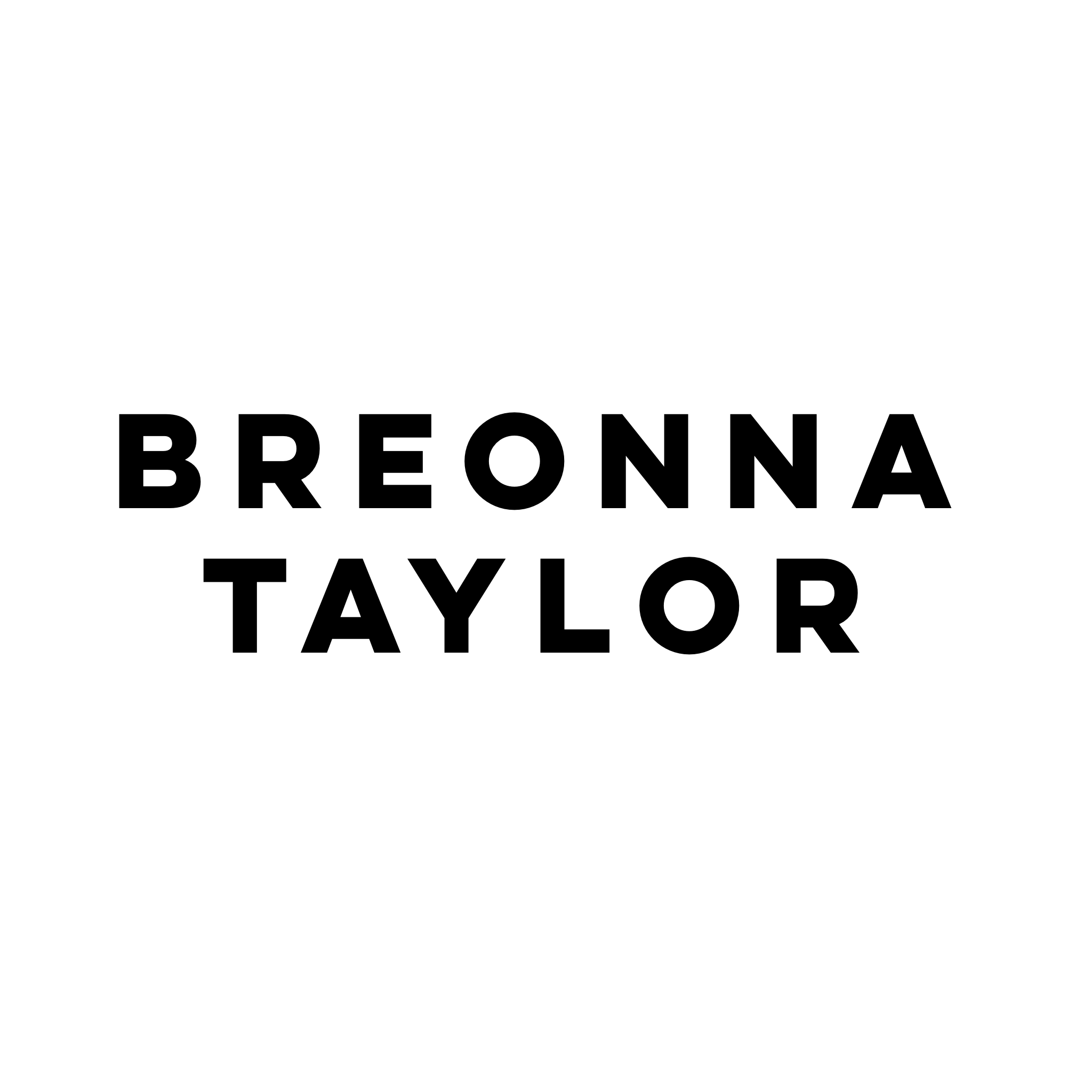 Daphna Rowe is Founder of Lovorika, an ethical fragrance brand. She is a native New Yorker now living in Margate, UK with an MSc in International Relations, an MA in Psychology, is certified in Aromatherapy and has studied the ancient art of natural perfumery and incense making. She is also a singer/songwriter and believes fragrance is what music smells like.

If you consider yourself a progressive speak out NOW before it’s too late… for all of us.