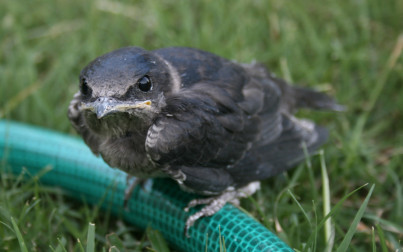 It’s springtime, which means that in the coming weeks, baby birds will inevitably be appearing in our backyards. Most of the babies seen hopping on the ground at this time of year are fledglings, juvenile birds who have “fledged” from their nests and are learning to fly (which generally takes about five to 10 days). These birds can be identified by their mix of fuzzy down and adult feathers as well as by their very short tail feathers (typically, 1 to 3 inches long).

Fledglings are usually found on the ground near bushes or trees and will hop around, try to fly awkwardly, and, if approached, become very still. Healthy fledglings can stand upright and will tuck their wings tightly to their bodies. 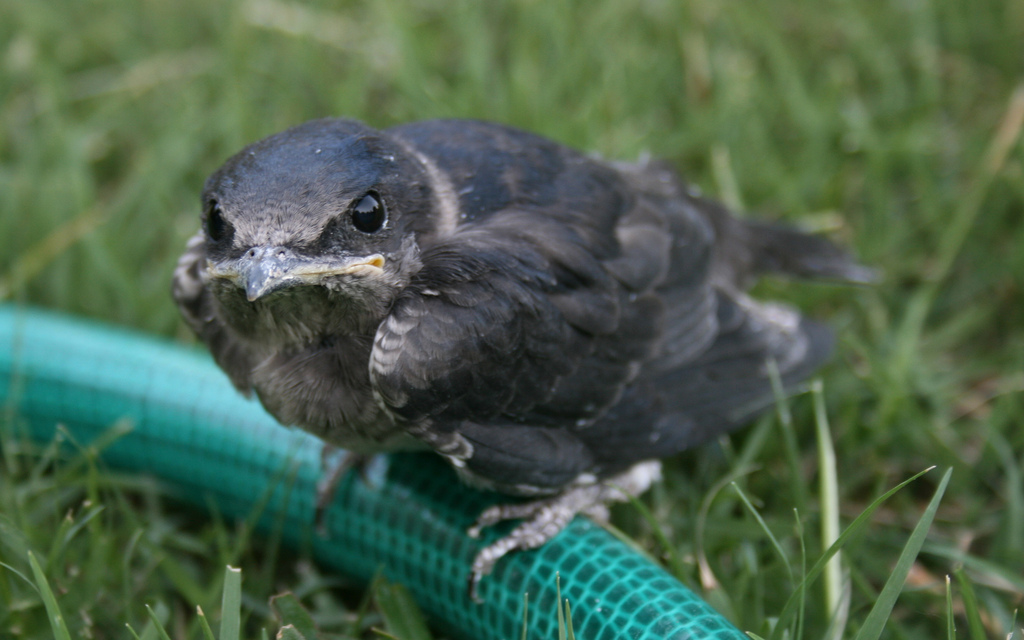 Fledgling birds are often “rescued” when they don’t have to be. Although they’re vulnerable to cats and other predators while learning to fly, they’re able to find their own food, and their parents are usually hovering nearby, ready to provide assistance when necessary.

But sometimes baby birds do need our help. How can you tell if it’s time to step in?

If the answer to any of these questions is “yes,” intervention is necessary. This is especially vital for birds who have been attacked by cats: Such birds need immediate veterinary care and antibiotic treatment, since cats’ saliva contains bacteria that can be fatal to birds and small animals. 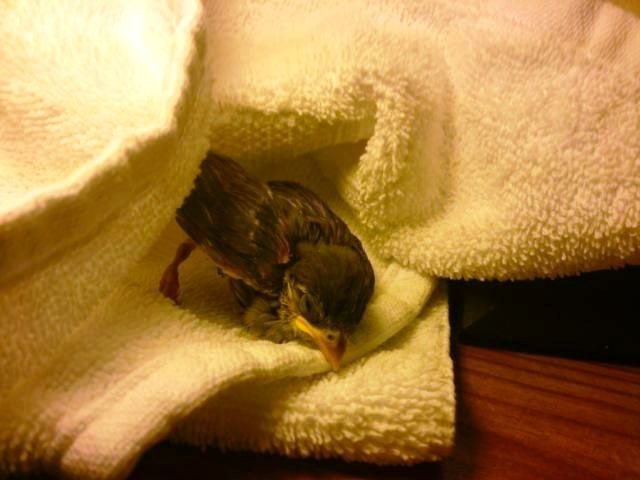 If the grounded bird is a nestling (a baby bird who is too young to leave the nest), you can try to locate the nest and put the bird back in. (Contrary to myth, parents will not reject a baby simply because he or she has been handled by humans, although they may reject a sick or injured baby.) If you can’t locate or reach the nest, you can make a new one out of a small box, basket, or margarine tub (be sure to poke drainage holes in the bottom) lined with dry grass clippings or plant stalks, twigs, bark, pine needles, and shredded dead leaves and nail it to a sturdy branch at least 8 feet off the ground in a nearby tree. Retreat some distance away and watch to see if the parents start to feed the baby. 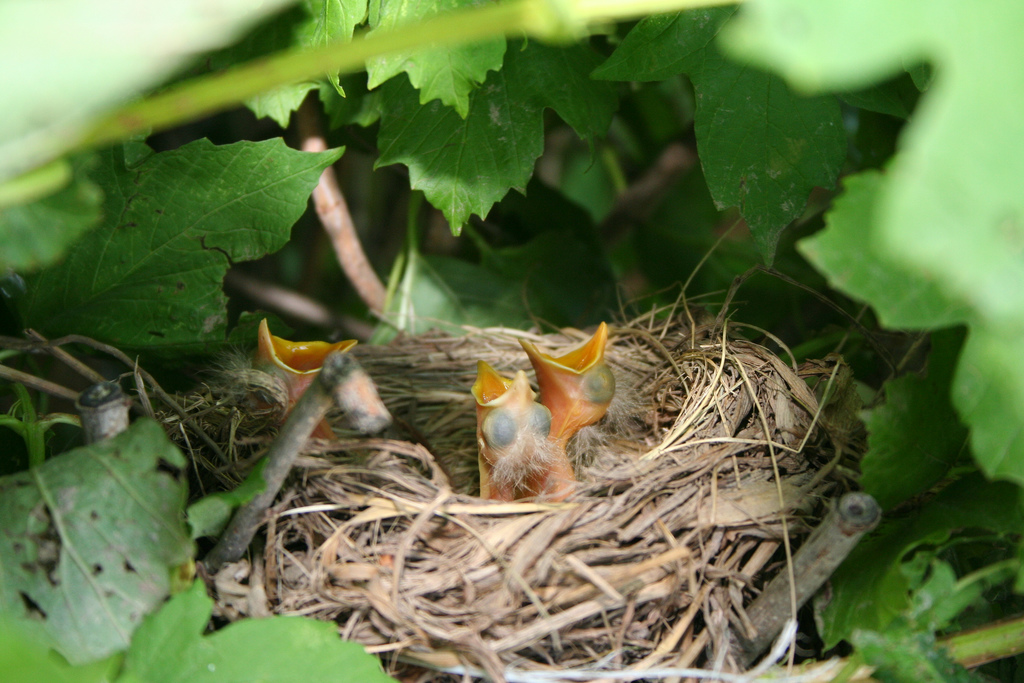 If the parents don’t return within a couple of hours or if the bird is injured, call a licensed wildlife rehabilitator for assistance (PETA has a state-by-state directory).

Alisa Mullins is a senior editor for the PETA Foundation and regularly contributes to PETA’s Animal Times magazine. Her writing has also been published in The New York Times, The Charlotte Observer, the Las Vegas Review-Journal, Reader’s Digest, Newsweek, and many other newspapers and magazines. Her proudest achievement was participating in a sit-in at Calvin Klein’s office that led the designer to swear off fur. Alisa is an avid gardener and HGTV addict who is never happier than when she has a shovel or paintbrush in her hand.