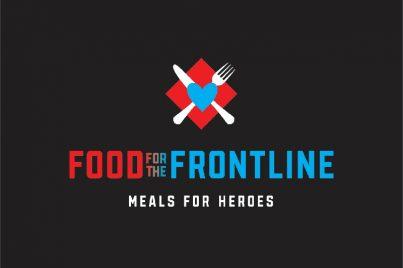 How to Cook During Pandemic Times

After a full week of being home and “social distancing”, replacing my “in person” calendar with zooms, house parties, whatsapps and skypes, there was a common theme and discussion that kept coming up – conversation after conversation – “WHAT CAN WE DO?”  When someone needs us – we are taught to “go”, “send”, “be present”… but how were we supposed to do any of that if we’re being told to STAY HOME?

Businesses and restaurants around us were closing their doors literally overnight. Watching daily press conferences and news broadcasts had become “Must See TV,” showing the health care workers – talking about their long shifts, lack of PPE, and how hard it was for them to have a simple cup of coffee or meal. Many of the doctors had been quarantining themselves from the “outside” world and their families long before it was a government mandate.

Simultaneously, we’d read post after post – on FaceBook or via e-mail blasts, asking us to “remember” a local restaurant that is struggling to stay open, owned by a friend or family member who is relying on that business to support their families. The goal of these restaurants shifted to finding a way for them to merely cover costs, make ends meet, and keep their kitchen staff and delivery people employed during these hard and unprecedented times.

As a local public school parent, and member of many PTAs and SLTs, we always go to these restaurants when we are in need of donations for our school benefits. Without hesitation, they all give – and give generously. But this time, we needed to be creative and find a way to help them! It occurred to me, that even while APART, we can all come TOGETHER to make a difference – a difference for the restaurants, their employees, their own families and THE FRONTLINE. From our homes.

So from my home, I called ONE restaurant and asked, “how much is it to prepare 50 individually wrapped items to send to the Frontline?” Thrilled to receive the call, they cut to the chase, and told me the amount they needed to charge just to allow them “break even.”

I put a single post on Facebook asking 2 things of my friends – first, who was interested in donating money to get food to an ER/ICU – and second, did anyone happen to personally know ANYONE at a NYC ER/ICU? Within hours, using Venmo, $1000 was raised, and a friend forwarded me the name of an ER Nurse at Lenox Hill. Lunch was sent that day; as was breakfast the next morning. They could not be more gracious … both the ER department at Lenox Hill AND the restaurant. Oh, and all the donors who couldn’t help but feel helpless while they sat at home, day after day.
The next day, a second friend who worked for the NY Presbyterian / Weill Cornell group said she had an ER/ICU contact. Her contact led to another contact who eventually put me in touch with a medical student. It turns out that the medical students, who are not licensed to work on the Frontline, had mobilized to figure out the needs throughout their hospital network – to make sure all hospitals were receiving food. They had a specific request for an order for 100 doctors for lunch the next day.

I posted a 2nd update on Facebook explaining that we sent 2 shifts of meals to Lenox Hill, but now we have a request coming from the Frontline for Presbyterian Downtown for the very next day. Within hours – we raised, and exceeded, what was needed to get that order sent out, partnering with a 2nd struggling, but grateful, NYC restaurant.

By day 5, we had raised well over $5000 and continued to organize meals and send food, as needed to the 2 hospital groups.

Since then we have started a Facebook group Food for the Frontline many friends have stepped up and reached out to their friends and networks growing this effort exponentially in just over one week. We have grown to a group who are diving deep into their “Rolodex” to solicit donations, as we continue to grow the list of restaurants we partner with. 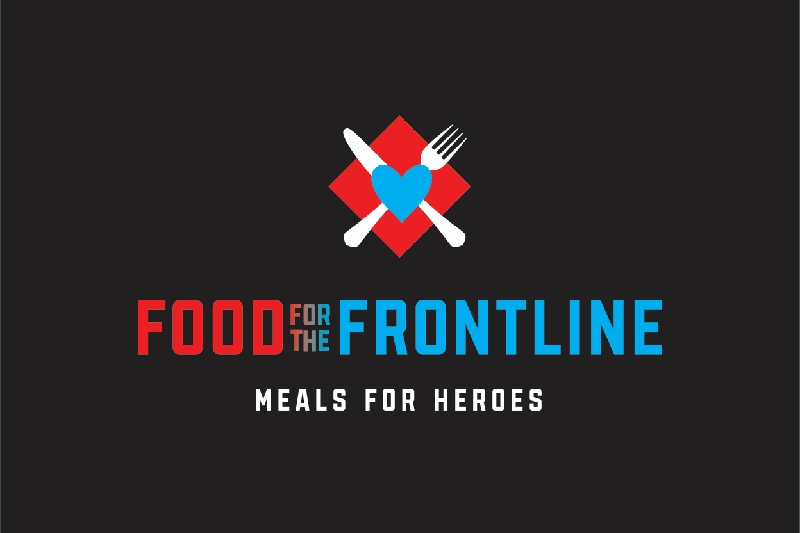 Collectively, it’s been 12 days and we have raised almost $30,000 – currently supporting more than 10 restaurants (including Hill Country, Murray’s Bagels, Duke’s, The Palm Tribeca, Schnipper’s, Big Daddi Smoke House, Pick-A-Bagel, etc). With their help we are able to send prepared food, individually wrapped (of course) to thousands of doctors on the frontline across 6 hospitals in Manhattan – public & private (Presbyterian Downtown, Lenox Hill, Presbyterian UWS, Bellevue, MSK and Perelman). Simultaneously, a friend is expanding the effort to Westchester, and another friend getting it started in Brooklyn.

It doesn’t get more grass roots than that!

Separate – but related, while we are not asking for donations from restaurants, a friend (who happens to distribute food) reached out wanting to outright donate thousands of individually wrapped baked good to this effort.

Unlike a restaurant, he didn’t have anyone to delivery the goods. Another friend had told me earlier that week they had a need outside of Manhattan and he could help distribute for us. Putting the need and the donation together – the National Guard picked up the goods and delivered it where there was a need – Montefiore Hospital.

You can support us by donating here, liking our facebook page, and spreading the word about what we are doing by sharing this article!

Marlowe Sidney Bamberger is a Marketing Operations and Media professional who spent a majority of her early career at Interpublic agencies working on clients that included but are not limited to Lowe’s Home Improvement, Victoria’s Secret, Brown Forman and Bacardi. She also freelances as a non-profit event planner. She lives in NYC’s Tribeca, where she is currently quarantining with her 2 teenage children and husband.