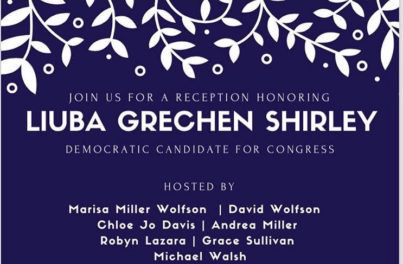 Do you live in a blue district already but want to help turn Congress blue in November? Well, Liuba Grechen Shirley, whom you might recognize from Upper West Side playgrounds or the vegan scene if you live in New York City, is running for Congress in Long Island. A grassroots community organizer and former small business owner and mother of two small kids, she is committed to unseating the 13-term Republican currently in office. Peter King is horrible on healthcare, immigration, environmental protection, women’s issues, LGBT issues, and everything else we care about.

During primary season, Liuba already made history for her victory getting the FEC to approve using campaign contributions for childcare, which helps level the playing field for women to run for election. For the first time in a long time her district is in play, and her campaign is exciting. She has garned crazy media attention and impressive endorsements, outraised Peter King last quarter and has taken no PAC money, whereas he has taken $100,000 this cycle alone. Check out her latest NY Times article, her viral video (grab the kleenex – watch below), and the TV ad that’s airing on LI now.

Democrats need to flip 23 republican seats to re-take the house and Liuba has a real shot at being one of these critical seats. There are 66 seats that are considered highly competitive.

While she may not represent a lot of us directly as we are out of her district, if she and at least 22 others can upset the status quo, all of our interests will be far better represented nationally.

Clearly, given what a national disaster Trump is, we must do everything we can to retake the House!!

This article does a good job laying out what has to happen. 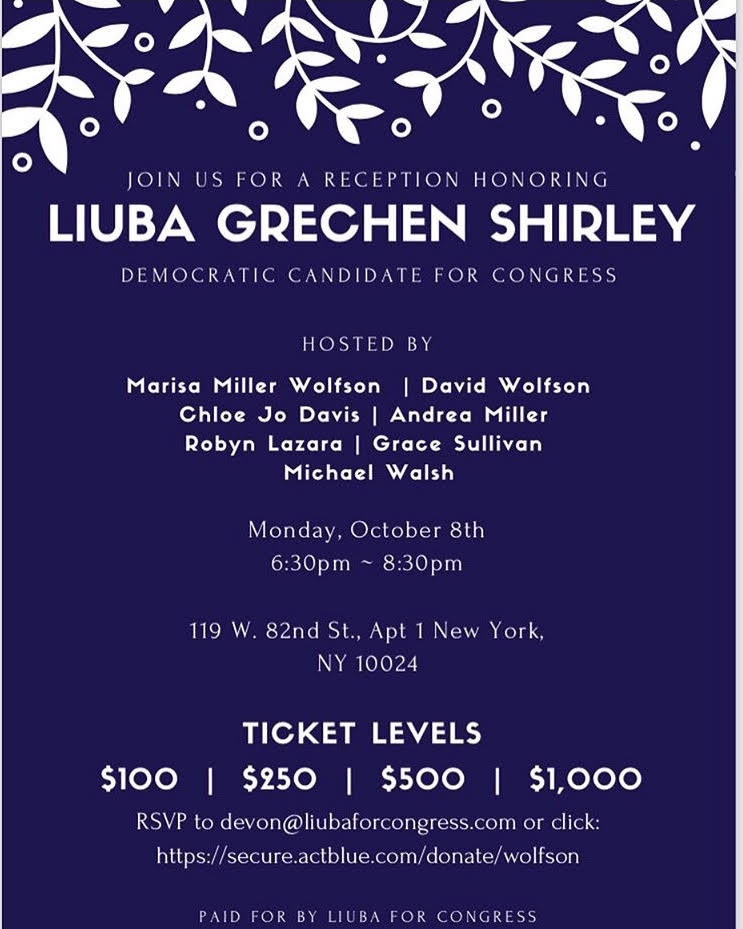 Help by forwarding this link to friends, inviting friends via the Facebook event page, and if you cannot attend, donate to Liuba’s campaign!