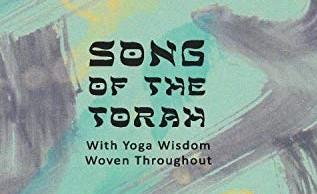 One Mom’s Covid Experience: The Parts No One is Talking About

I was working as an assistant to a man, who in time became my friend, and he told me that he sold insurance to pay the bills and passed on ancient wisdom because that was his calling. His guru told him to get a few books out. They’d even written a few together, with his guru dictating and my boss editing. My boss, Prahaladan, had a lifetime of great personal stories, pithy anecdotes, corny one-liners and most of all, heaps of wisdom. He wrote “The song of the Torah” after years of study with Rabbi Zalman and Shefa Gold and other leaders of Reform Judaism. Throughout the text intersperses yogic wisdom, gleaned from The Bhagavad Gita and a lifetime of imbursement in living yoga.

Prahaladan went to India and all across Mexico and places in between. He was one of the first to train yoga teachers in the United States. Well into his 70s, he still practices yoga. A friend of mine was helping out at his house watched as Prahaladan climbed into the attic to find something, then unexpectedly lost his balance and fell. She said that watching 74-year-old man tumble down from the ceiling tucking into a turtle roll, then popping back onto his feet said more to her about the powers of yoga than anything before ever had.

In his younger years he was a speech writer for Bobby Kennedy, whom he only refers to on a first name basis. When he speaks about Dylan, who I don’t believe he actually knew, he’s Bobby Dylan. Sometimes we listened to Bobby Dylan in the office while we worked.

In a life before that he was a Navy Seal. He was born into a Navy family of some prestige, enjoyed his childhood, loved the ocean, loved his family. He was a football star, a romantic, a gentleman from another time.

In yet another life he attended the Wharton School of Business and studied finance. He worked for Time Life magazine, and other publications. Time Life sent him to study the hippies and report back, and this is where it takes a turn. But that is his story, not mine, and if we’re lucky, that book of stories will soon be finished.

A few years back he asked if I could help edit a book about the Torah. I’d taken an undergrad class on the Old Testament. It seemed to me a harsh text, full of trials and smite. I remember told my professor I was trying hard do to understand, yet I was not feeling won over. He told me my problem, like a lot of liberals, is that I was a person lacking faith. Surely, he was right. I was raised agnostic and from my teen years forward lazily participated in earth worship and sitting meditation, reading all the while about magic and Hinduism and a few very progressive Jesuits.

So I sat with his writings and I found that as I read I could feel my heart softening. It gave me pause to think about the ways The Torah can be viewed and used in contemporary life. It is helpful that the readings are short, more like meditations. It helps that the language is poetic  and pleasurable. It helps that I am being led by my mentor who I admire, and most importantly I can actually find myself in those Scriptures. Ending oppression, women’s rights, tithing, freeing oneself from ego…..these are all on my mind daily. I appreciate the opportunity to see these ancient texts in a new way.

And what could be better for a student like me, than short passages to be mulled over weekly? I had time for that this winter and I surely have time for that now.

To buy the book:

Malaina Poore is a freelance educator working for the last 10 years in non-clinical mental health care and non-profit management. Her lifelong interests include creative writing and journaling, hand-sewing, spiritual growth, and scavenging like a magpie. Her writing has been published in Mutha magazine, The Journal of Participatory Medicine and The Journal of Social Work in Education, among other publications.