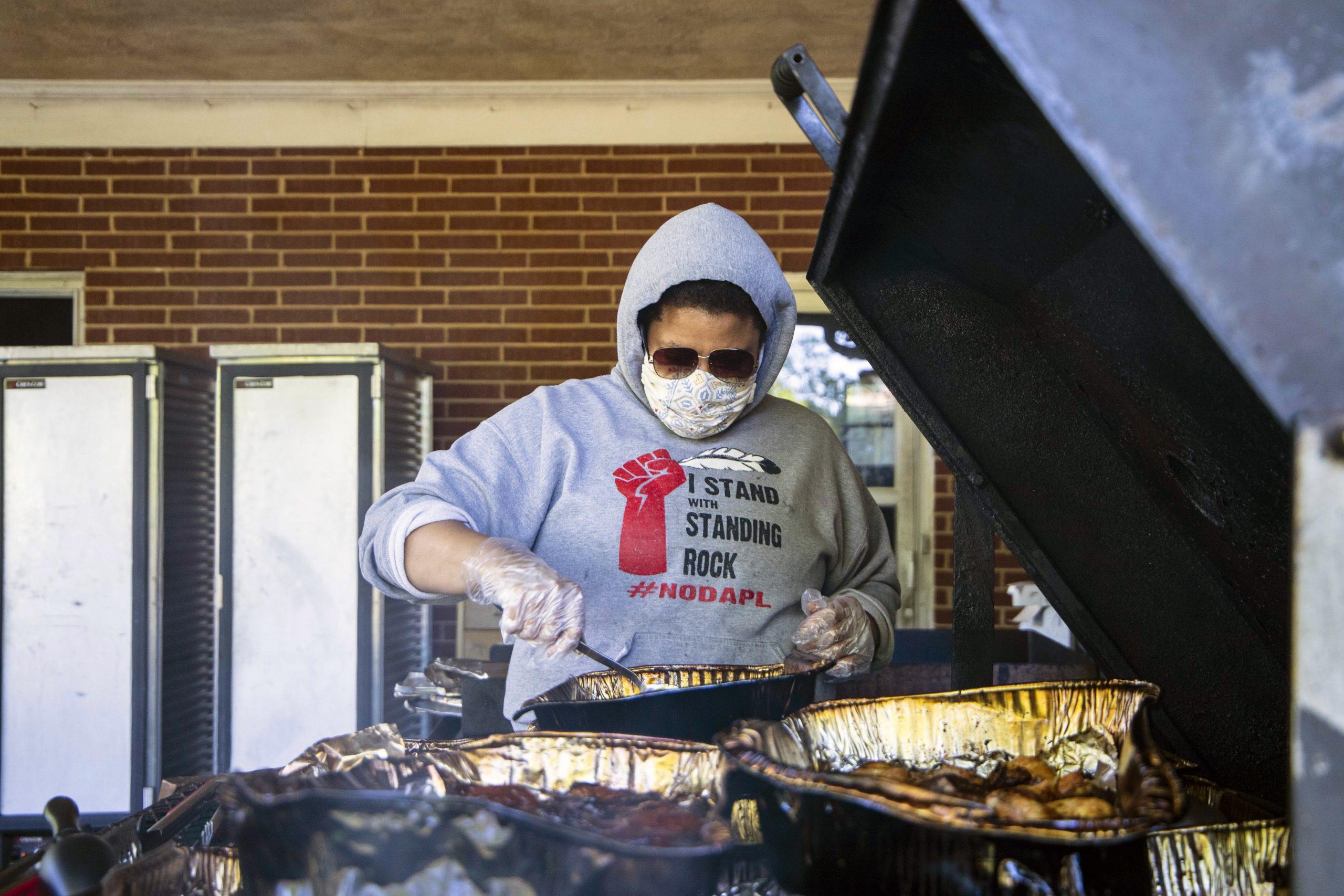 Founded by Filmmaker Katina Parker, Feed Durham is a volunteer collective that organizes in answer to mounting hunger in the Durham, North Carolina area, due to COVID. Since April this Black Queer Woman-led group  have gathered once a month to feed folks lovingly-prepared, nutrient-dense meals that taste good and keep them hopeful. To date, they’ve supplied multiple meals to just under 3,000 people, and donated more than 10,000 pounds of local produce and uncooked food supplies to a dozen area food programs. They’ve raised $27,750 to cover their expenses. Feed Durham also supplies food to an elderly community of 60 people and a handful of single-parent families in between cook-outs.

Katina Parker is one of those sage women you want to listen to, follow, and emulate. Simply put:  If she is doing it – we are supporting it.

Parker’s commitment to nourishment, flavor, and low-waste cooking connects material needs, social change, and the kitchen. It’s a model for direct crisis activism, but it also feels like a glimpse of reimagined foodways.“I think this is just beginning, in terms of the protests and COVID,” Parker says. “We already knew 2020 was going to be messy because of the election. There’s rumors of white supremacists trying to build a race war. Doing this feels good. Protesting and getting social change takes years. This is something we can get in the immediate that is also revolutionary because it’s feeding hungry people. When people are really hungry, it’s hard for them to think about their basic rights—education and safety, all those sorts of things. It also gives us hope. We’re serving hope, but we’re also getting hope.” Parker comes from a family that loves to cook, but her artistic background is in activist filmmaking. She coproduced and filmed the documentary Ferguson: A Report from Occupied Territory, and says that she has been moved by watching the way that people feed and take care of each other during crises.

What you can do:

We’re back! We cook again July 16th thru 18th. First, let me tell you how proud I am of our team and what we accomplished during our June no-contact cookout. We not only met our goal of feeding 1,500, we exceeded our goal and fed multiple meals to 1,750 people in the Durham area who are experiencing hunger. Same menu, but even more veggies – smoked chicken, smashed yams, citrus carrots, garlic corn, braised broccoli and cauliflower, caramelized onions, grilled cabbage and squash, brown beans and savory rice. I don’t even like cabbage like that, but it was unbelievably good. And the rice – we hit a home run on the brown rice, bay leaves and all.

Our outdoor cooking set-up is blossoming. Very impressive, if I do say so myself. You roll up to the house and between my carport and the acre that I live on, there are 4 trailer smokers blowing that good hickory and applewood essence all around the neighborhood; 2 griddles that jam out high-volume produce – buttered, seasoned, and braised; several well-spaced tents for food prep; 2 electric hotboxes to cool vittles and keep flies away; 5 refrigerators to store chicken; 8 burners with large steam pots; a small seasoning emporium; a lounge area that feels like Shangri-La; and several hard-working volunteers, many of whom are currently out-of-work due to COVID. We got a good thing going. Looks festive and smells delectable, so tasty that people pull up to ask if we’re selling plates. Can you say side-hustle?

We’ll continue serving the shelters, church and food programs that we’ve been helping; coordinating weekly produce donations to an elderly/disabled community of 60 people who had been going without food; and buying groceries for a handful of single-parent households that are having a hard time. We’ll also feed anti-racist protest encampments.

Y’all! The Republican National Convention is in Charlotte at the end of August. Guess who’s feeding protesters?!?

This next go-round, we’re launching a training program to teach our volunteers to cook on open-fires and with propane-powered gear like burners and griddles. We’re preparing one another to cook in protest environments and encampments, as one friend put it, “feeding the revolution.”

A beginning. This is an early-stage, eagerly evolving, imperfect vision. We are deep in this process of learning together and preparing for whatever is coming. We know that something is coming and that we will need to disperse and share what we’ve cultivated. We are turning our minds to tactical training and preparing for the high probability of long-term civil unrest. We are grateful for the groundswell of goodwill and resource support to continue our important work.

I get a lot of shine for leading Feed Durham, but I want you to know how it takes so much more than just me. We have dozens of dedicated volunteers that form the fabric of our community. They are teachers, organizers, restaurant workers, recent graduates, parents, birth coaches, farmers, and so on. This is a Black Indigeous Queer-led mutual aid collective comprised of many people from many faith practicies. All gender expressions and orientations are welcome here. You just gotta roll up your sleeves, wash your hands, and put on some gloves (in that order), and, of course, wear a mask.

Special thanks to ALL of our donors, some who’ve given multiple times, many who’ve given despite facing hard times. Thank you.

Just some of the amazing volunteers: 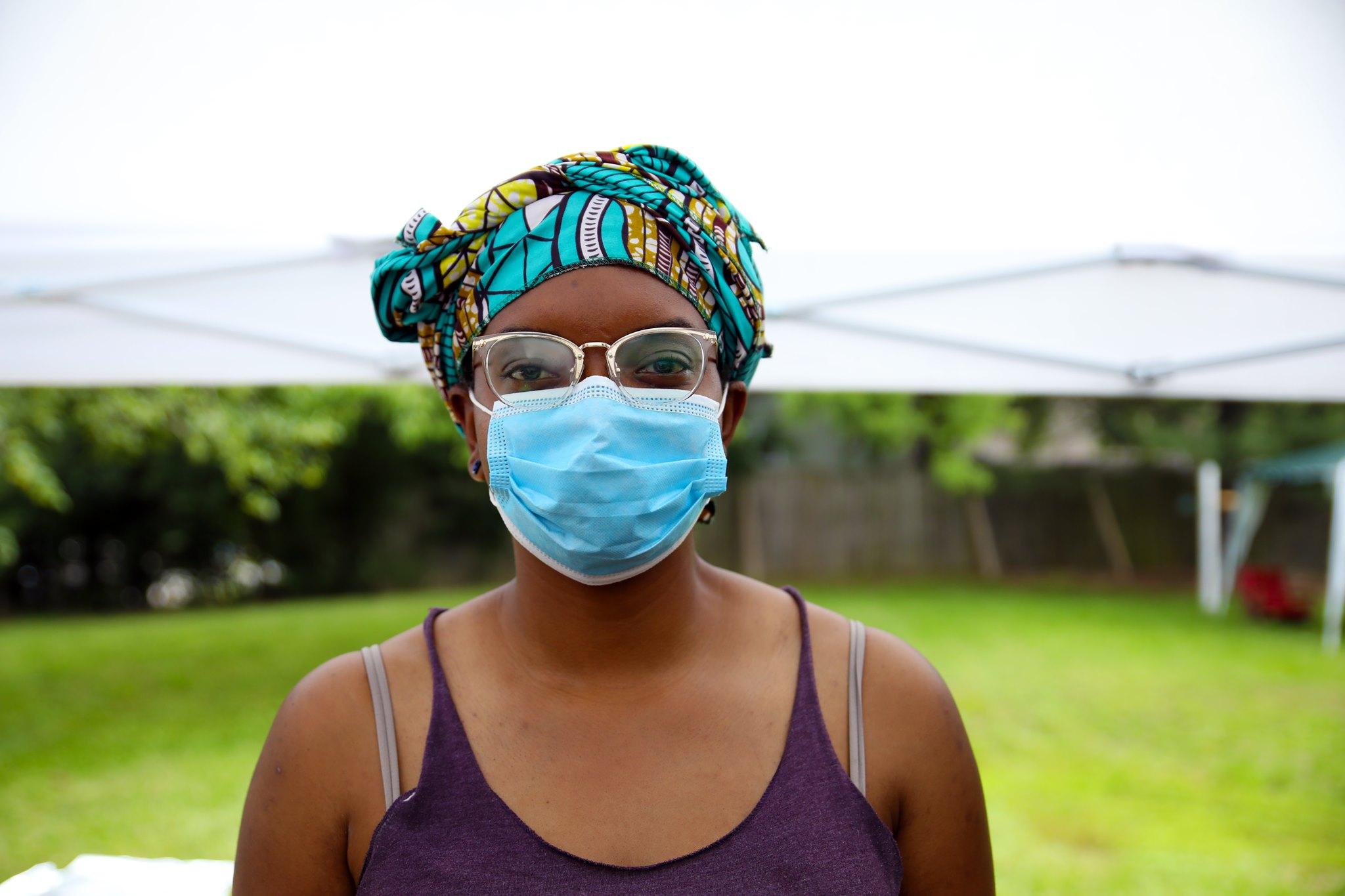 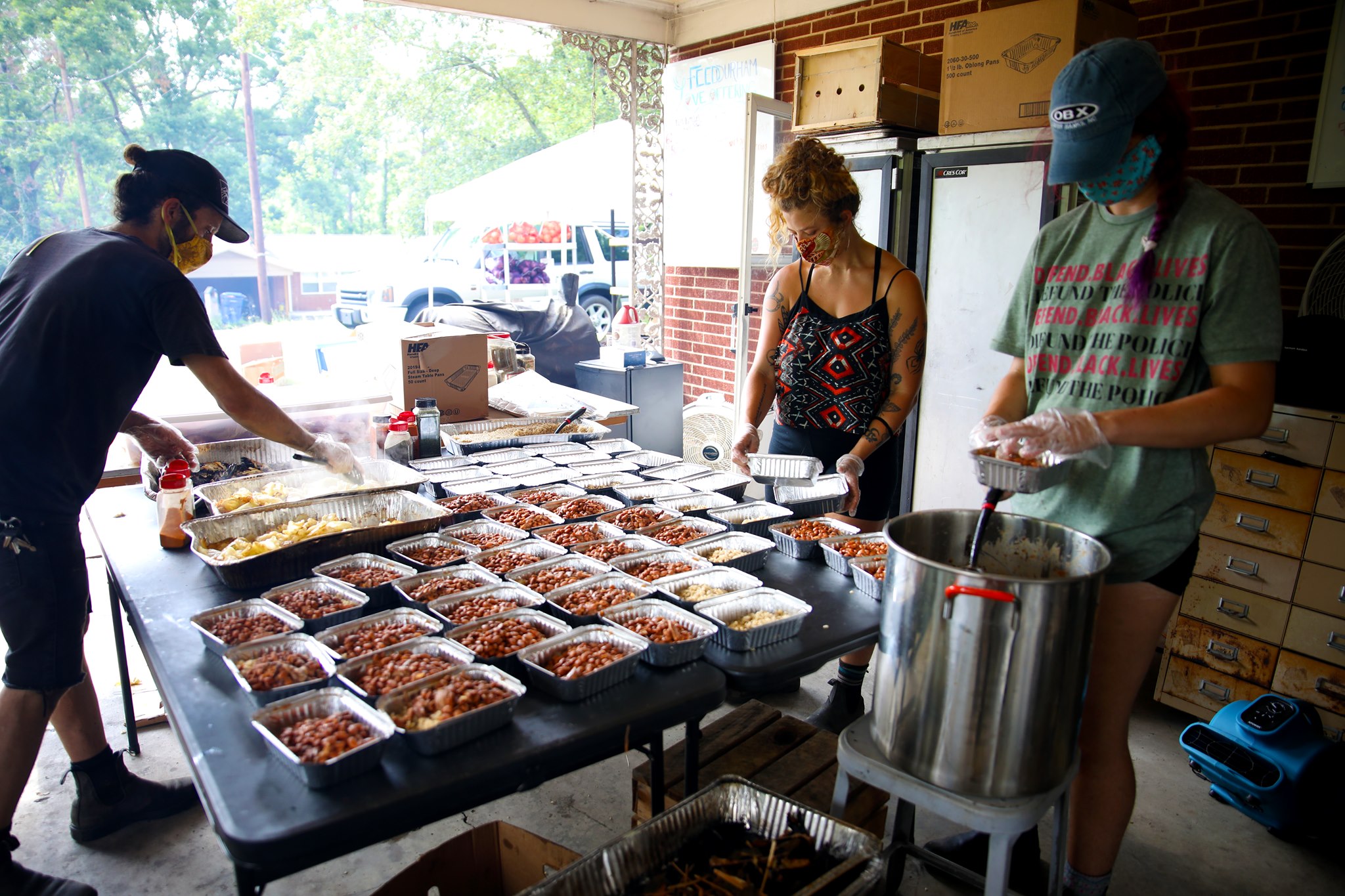 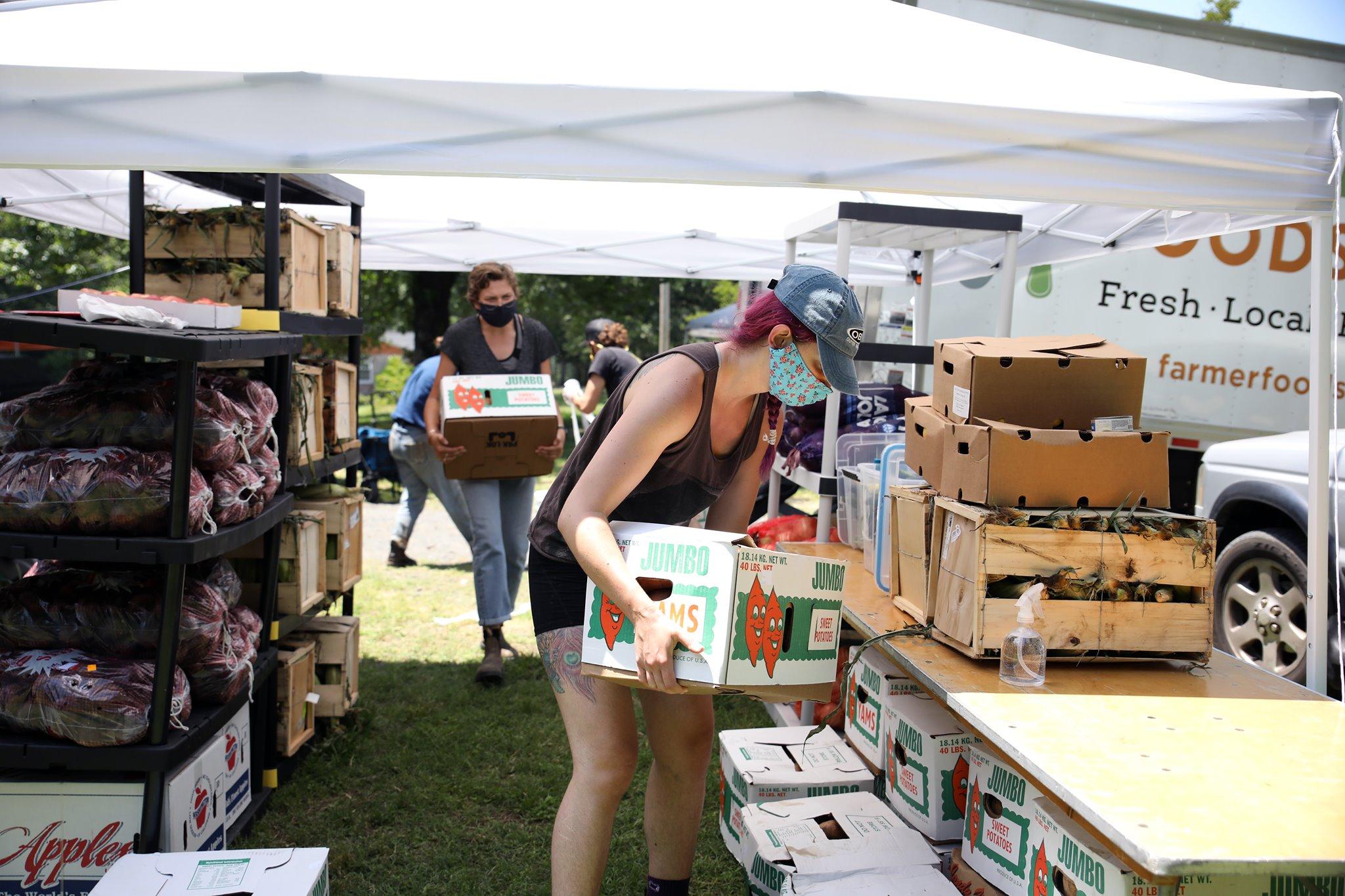 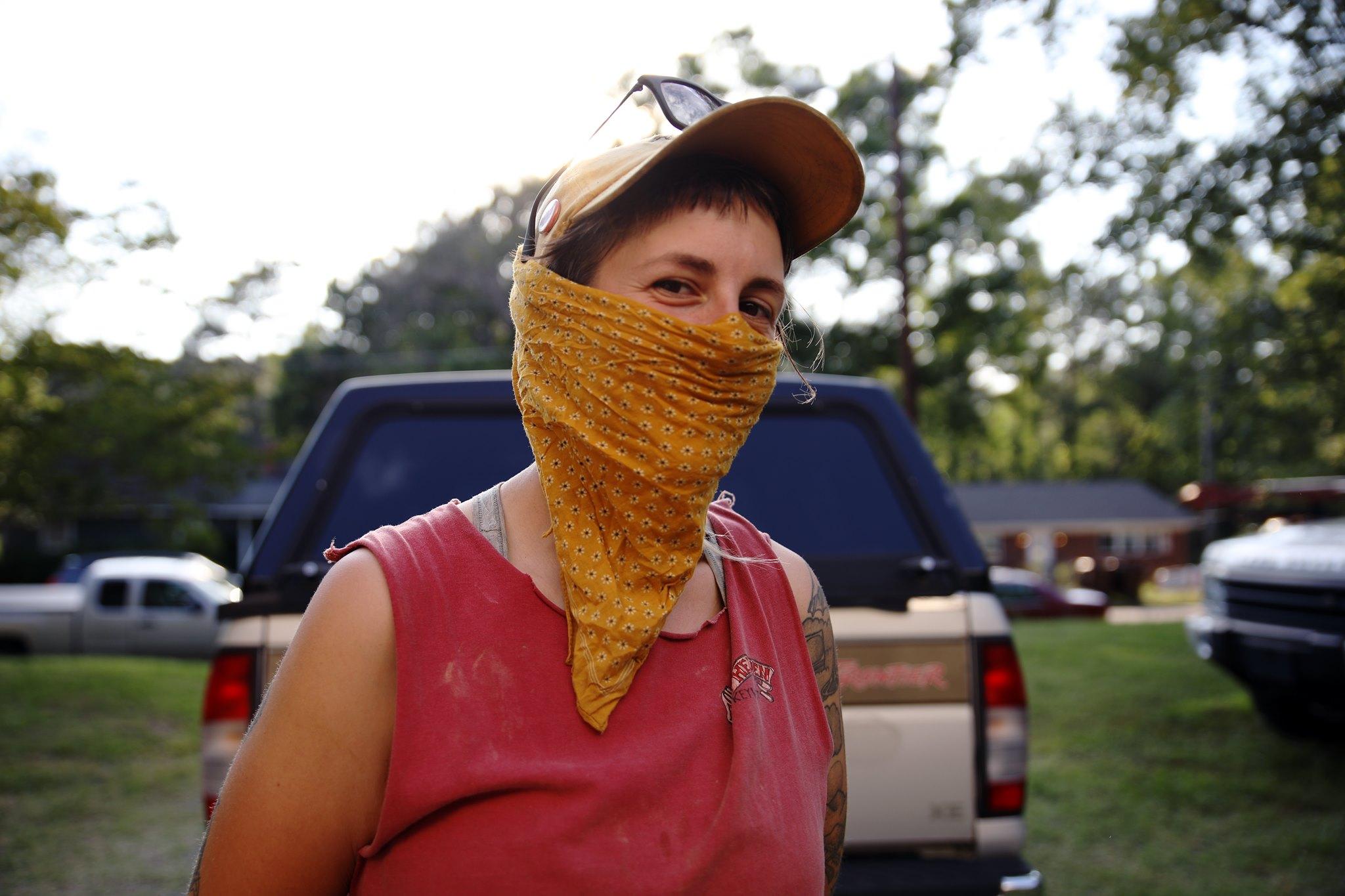 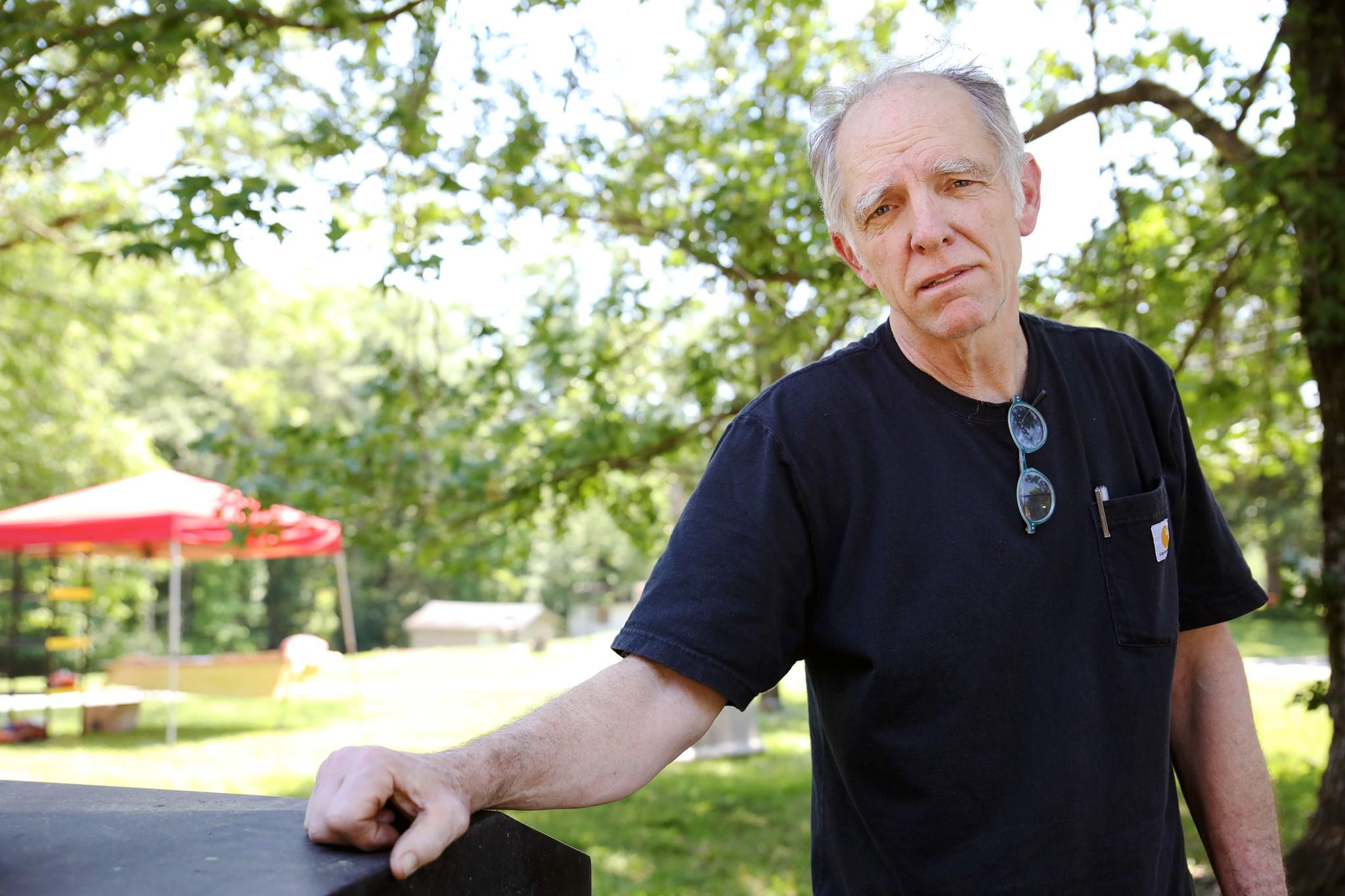 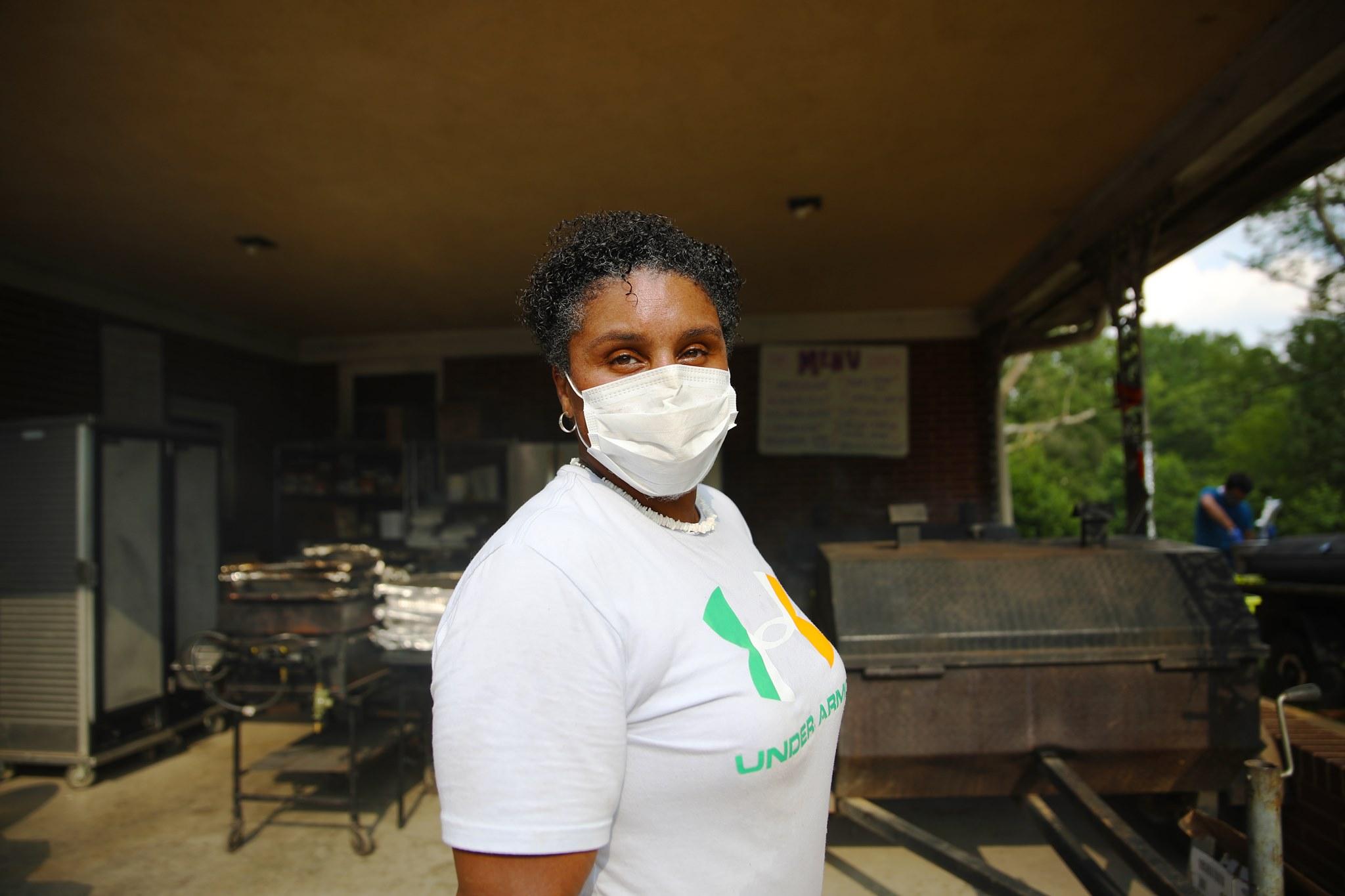 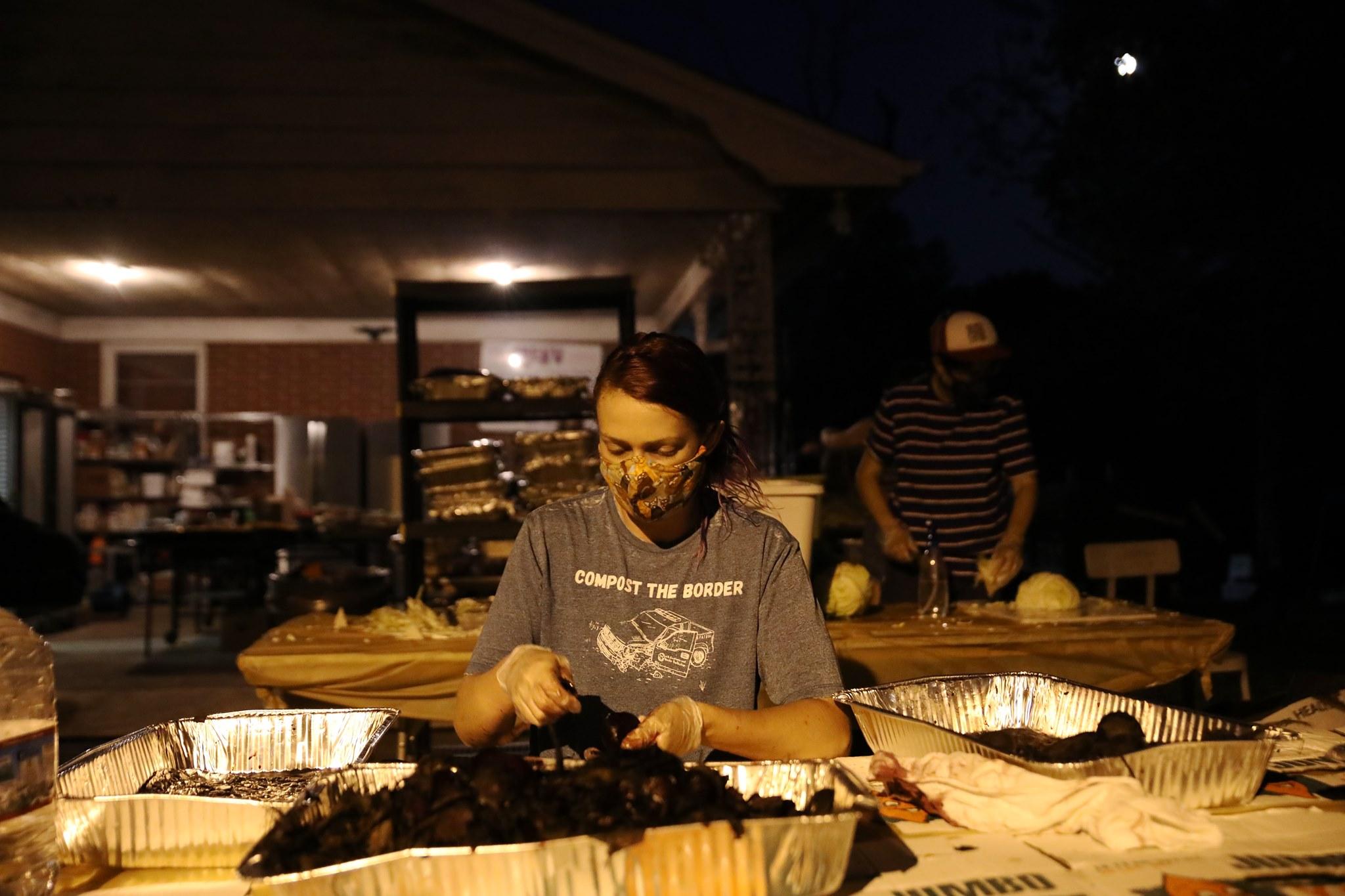 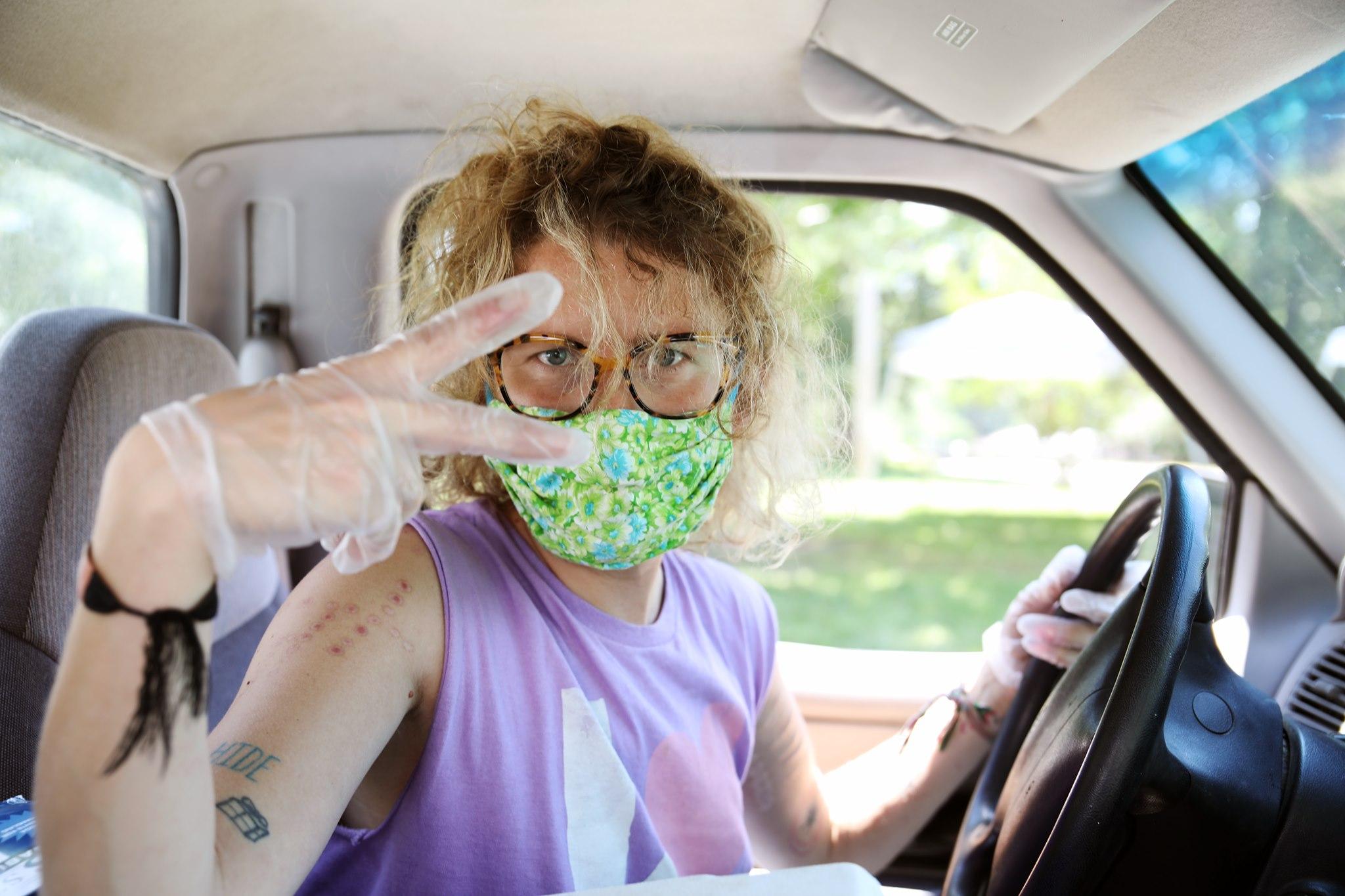 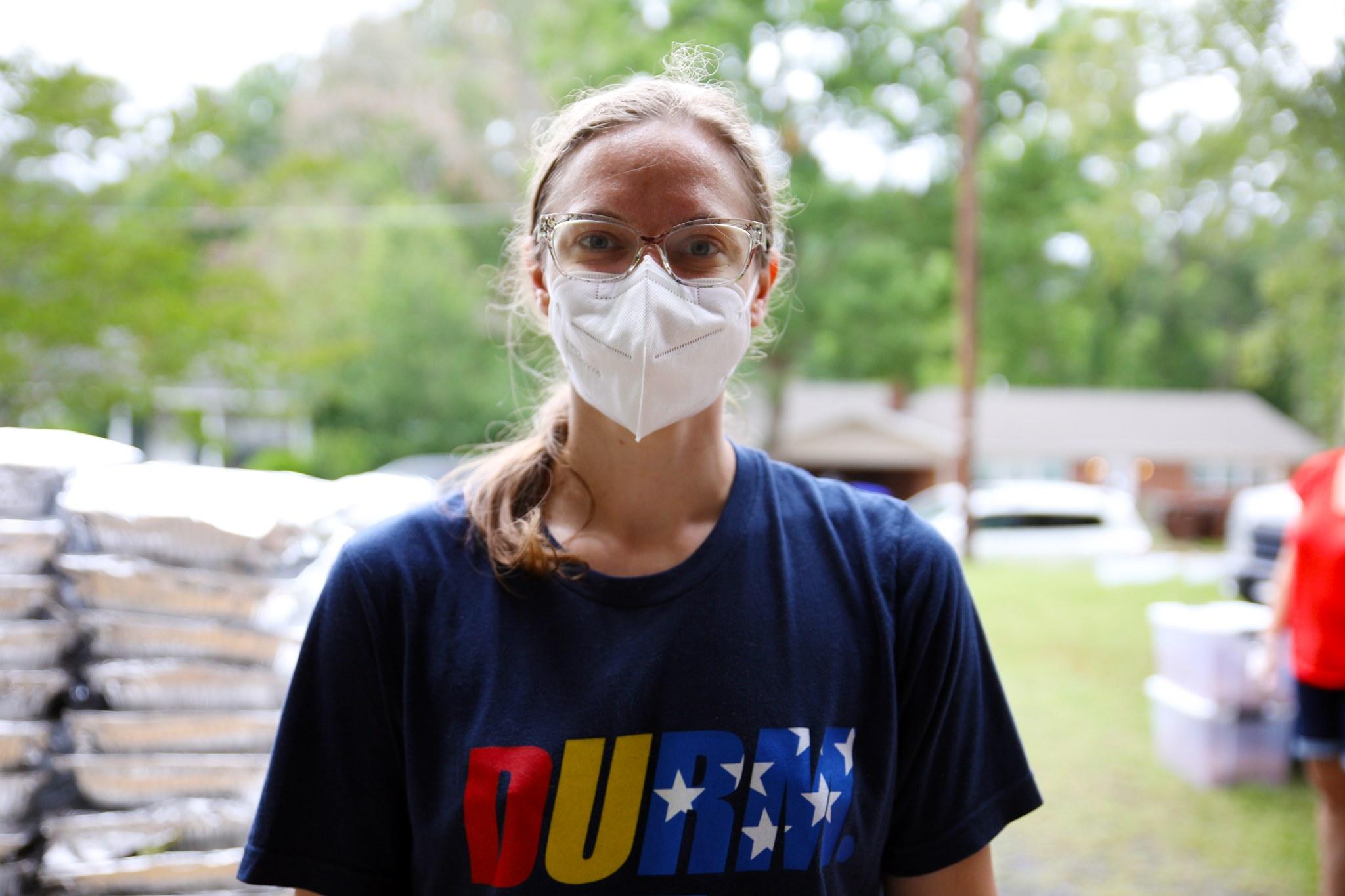 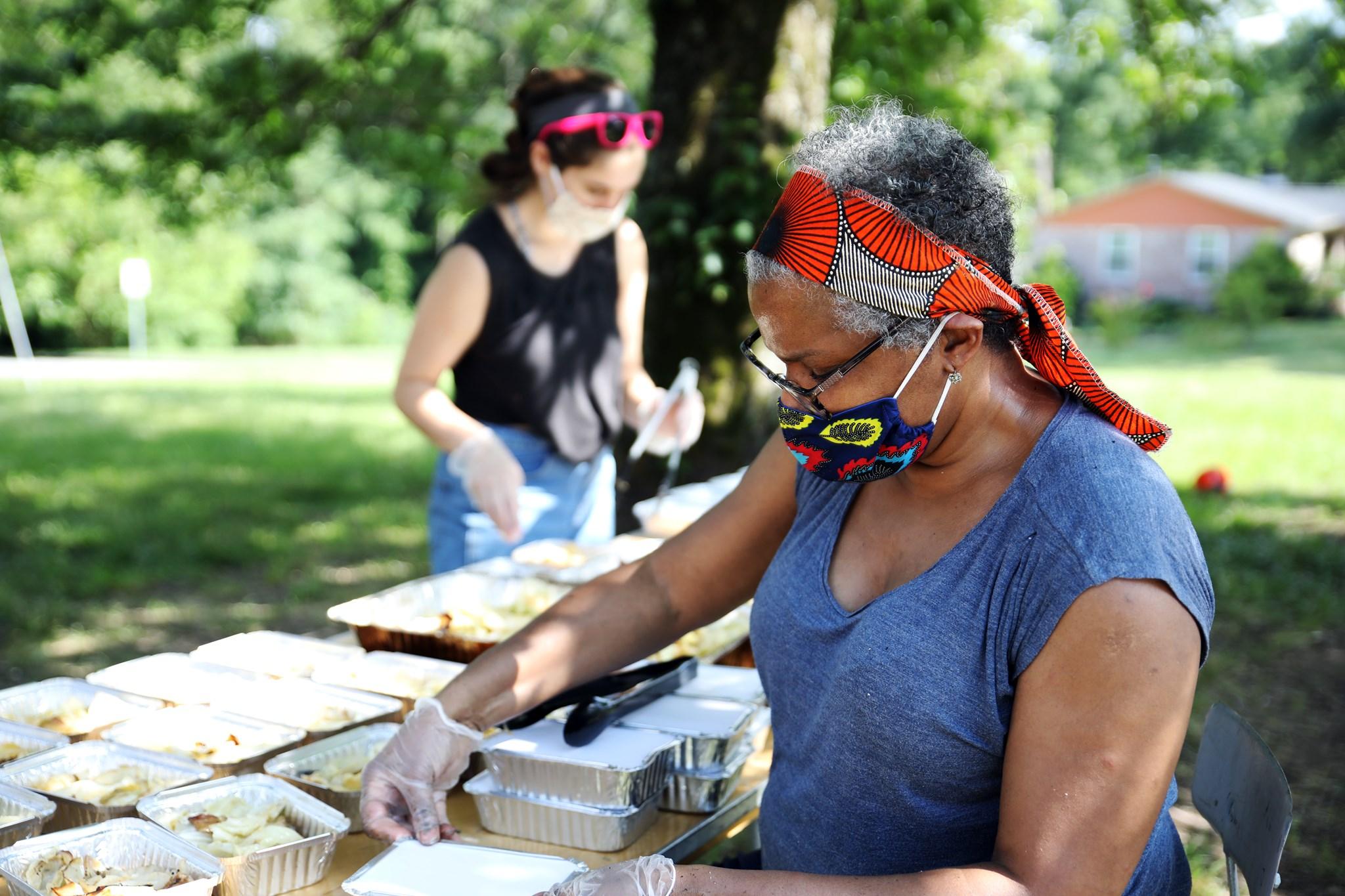 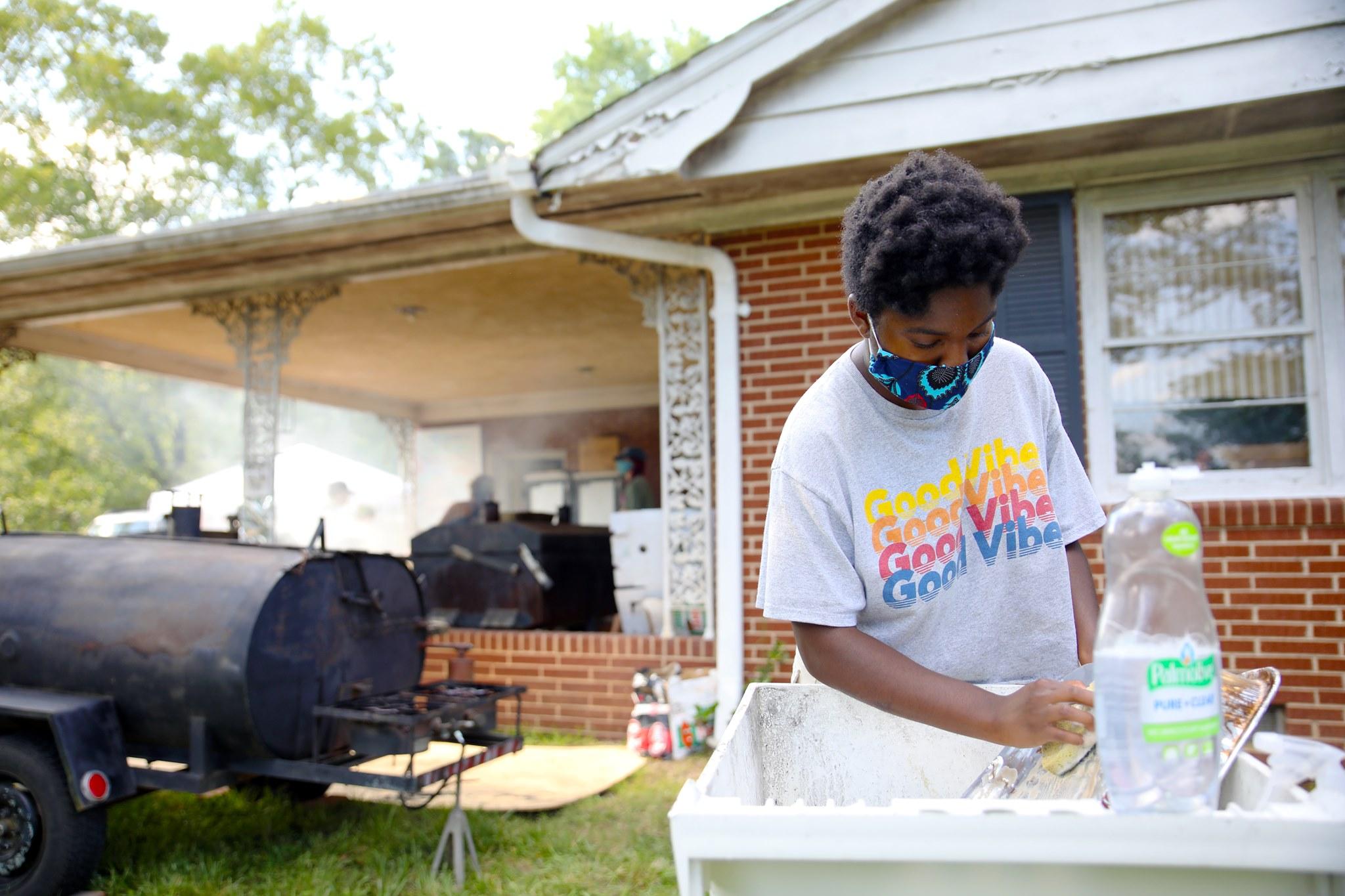 Help Feed Durham, a scrappy mutual aid collective, raise $5,000 to feed 1,500 people in Durham July 16th thru 18th, and, if you’re interested, find out how to set up something similar in your community. Please donate today.