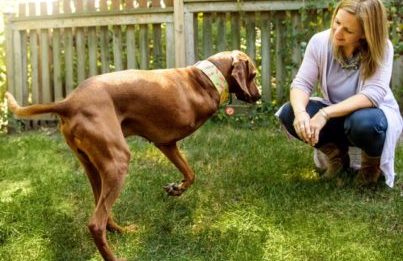 In July 2013 we posted a listing on our “Pets In Need” section of our weekly newsletter that stated; “Waynesboro, GA – Burke County – An Emergency!! – Dog Shot in Leg…Needs Rescue and Amputation!” via Liz Marshall’s wonderfully comprehensive website for pets in need. Little did we know, an angel was reading. Her name was Alana, she lived in Montreal, and here’s her story.. and Cooper’s;

In 2006 I was volunteering at a dog adoption day for the SPCA Montérégie, a no-kill shelter in Montreal, Quebec. Our beloved 10 year old Labrador / Great Dane mix had passed away a couple of months earlier from cancer and my heart was broken. I was certain that it would be a while before I was ready to love another dog. When the transport truck arrived with the shelter dogs and a volunteer opened the door to go in and start letting them out of their transport crates, one of the dogs, a tiny, skinny, Golden Retriever with patches of missing fur came bolting out and raced around the people trying to catch her and keep her from running into the busy street. She raced around avoiding people for a few minutes and then came to a halt… on my feet. She looked up at me and I was toast. Colby, our now nearly ten-year old Golden, entered our lives that instant. I remember calling my husband, who was playing golf, and his first question when he picked up the phone was ‘our new dog’s name is what?’ – he knew! She was an abuse case, hence her frail physical state, and was afraid of… just about everything, though men especially. It took around 6 months for my husband to be able to talk to her without her shaking and peeing in fear. In 2012 I saw the story of a Maine Coon cat who had been abused and neglected. He was brought to the shelter with a wounded front leg and a story that did not match the damage to his leg. Gerdy’s Rescue & Adoption, also in Montreal, took him in and funded his amputation. This was a drastic dog acl surgery alternative, but was definitely necessary. We’d been considering adopting a cat and his story just melted my heart. We adopted him in February and you would never know he’s missing anything with his running, jumping and playing. He definitely rules the house, the dogs, and us!

Perhaps because of Cinta, our tripawd cat, when I saw Cooper’s story on GirlieGirlArmy.com’s weekly newsletter, I had an ‘ah-ha’ moment and knew he was ‘ours’. I was on a business trip in Quebec City and saw his story in the GGA newsletter. Brought in to a high-kill shelter by the police in Girard County, Georgia, Cooper had been shot in the leg with a shotgun in what appears to have been a ‘domestic dispute incident’. When policemen showed up at the scene following calls about gunshots being fired no one seemed to want to claim the dog as theirs. He was brought to the pound with his front leg dangling and would have been euthanized had it not been for a pound worker thinking he was the gentlest dog and calling a local rescue. Girard Lifesaver Rescue took him in the same day, raised funds for his amputation, and found a foster home for his rehabilitation. Liz Marshall is an incredible marketer and networker of rescue animals and her post about his was picked up by GirlieGirlArmy.com. We read his and it was ‘love at first read’. We contacted Samantha Holton who runs Girard Lifesaver rescue, went through the screening process, were selected and after his 2 month rehabilitation with a great family who nurtured him and showered love on him, volunteers participated in his transport from Georgia to NYC and we drove the 12 hour return trip to pick him up there, and fell in love again. You can tell he’s been through a lot in his short life: he has various scars on his body, parts of his ear are missing, he’s been shot and he’s lost a leg… and he’s the most beautiful dog on earth and also the gentlest, most loving, trusting, calm soul. He walks around with a Fetching Ware designer dog collar, and he wears it with pride. He has well and truly deserved it. 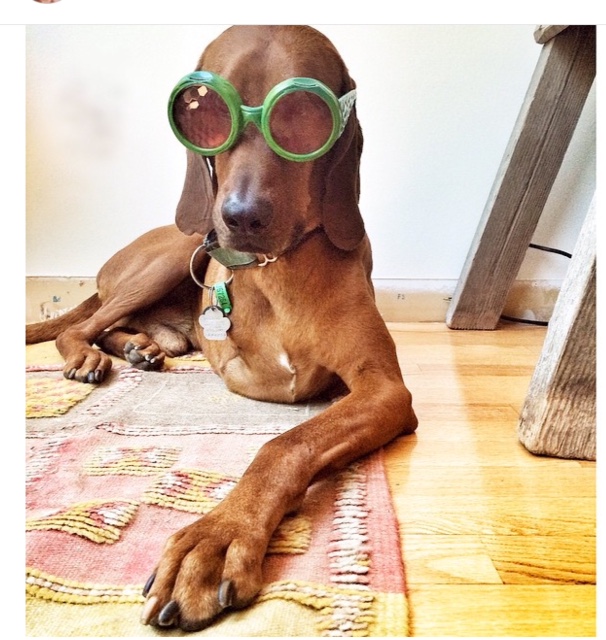 A few months after having adopted him routine tests revealed that he has another bullet lodged in his rear leg, which can’t be removed for fear of compromising that leg – he does not seem too bothered by this if his playing, jumping, running and general happiness are any indication, and he is under good care and supervision by our vet and canine physiotherapist (with the help of a good mix of joint supplements.) We had a lot of sweet well-wishers suggesting him therapeutic activities and advising us to give him pet food products like Ultimate Pet Nutrition (read ultimate pet nutrition reviews). We assure them by making sure that he gets the best nutrient-rich diet, plus special care for his joints. No one can ignore our Buddha. Yes, we call Cooper our Buddha Dog. He is the calmest, gentlest most soulful dog. He is loyal and we’re definitely his people. Which is why we just want to give him everything we can! Any new toys or treats or blankets like the ones available now at Pet Parents and other sites like it. Because we really are like his parents, just constantly wanting to spoil our very hairy child! He’s definitely also friendly with everyone, but in a more aloof way, he has the most soulful hound eyes that follow us around everywhere. We had noticed how people were drawn to him, often not noticing his physical state or three legs initially, just because of his striking color, sad eyes and long hound ears. But a few incidents indicated his special capacity to draw people to him (a little girl who had been amputated following a car accident sat down beside him on the curb during a walk and told him her whole story while petting him calmly much to the astonishment of her parents who had been trying to get her to open up through therapy about the accident for months) and someone recommended we look into therapy dog training with him given his calm and reassuring nature. We researched ‘Therapeutic Paws of Canada (now called ‘Caring Paws Animal Therapy’ in Quebec)’ and went through their screening process, evaluation session (4 hours of simulations and tests with volunteers – typically less than half the dogs pass this evaluation and are deemed to have the right personality and character) and a number of supervised visits and sessions and Cooper passed them all paws up, graduating and ‘getting his vest’! 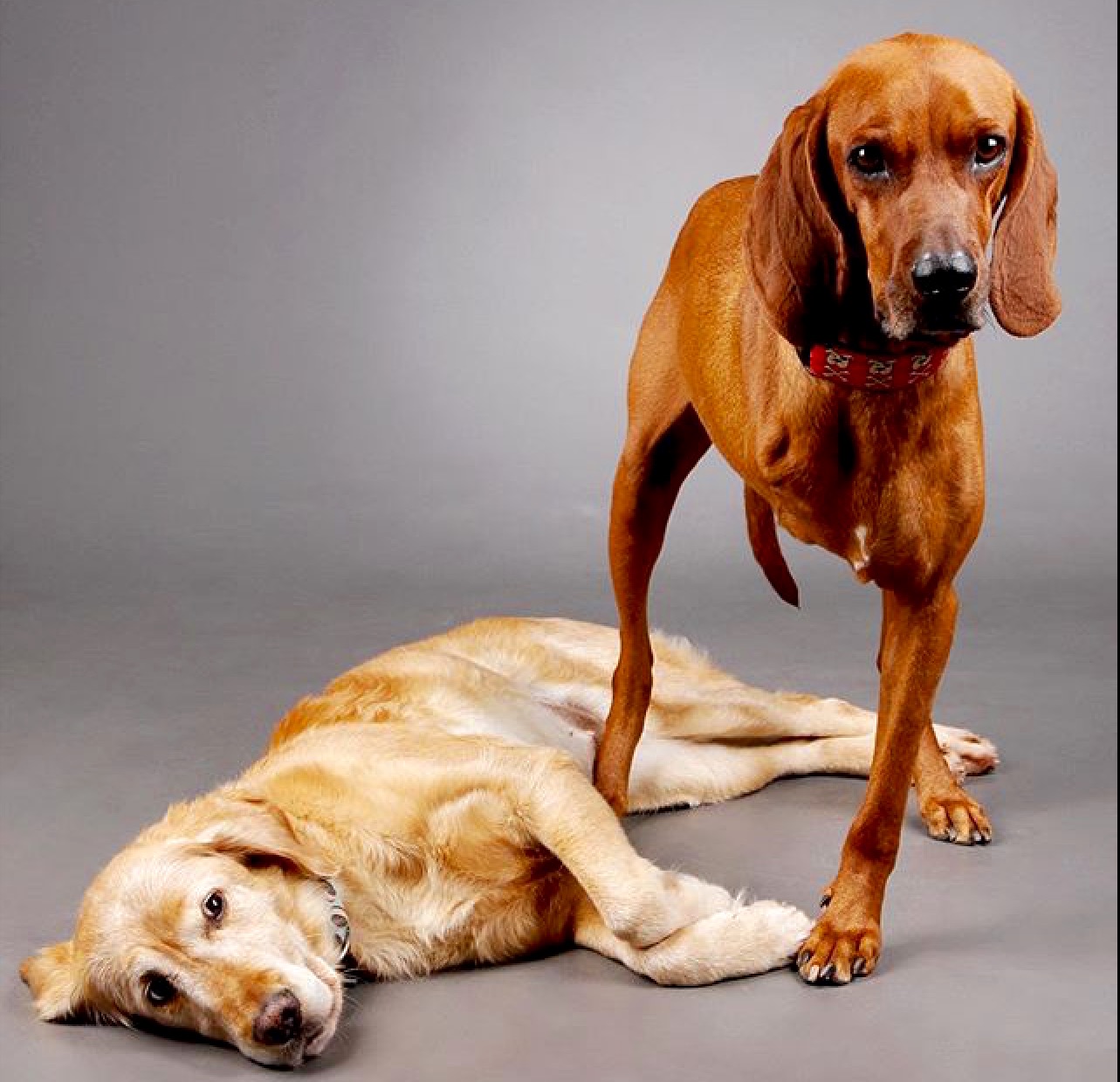 His success and appreciation during his visits (at shelters and half-way houses for homeless men; day programs for adults with serious physical disabilities; hospitals; drug addiction rehabilitation centers; colleges and universities) is inspiring to watch, and it seems that the more difficult the person’s situation, the more they respond to Cooper. One of the directors at a visit center said that the moment Cooper enters the room you can feel the energy shift. I can’t count the number of times one of the men has told Cooper something along the lines of ‘you’ve obviously been through a lot and known life on the streets, so have I, we can understand each other’ before gently scratching his ears and patting him. 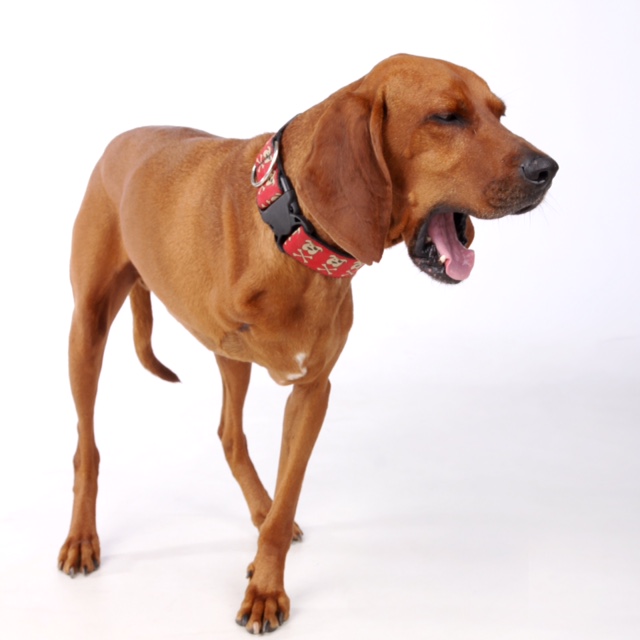 We’ve witnessed so many inspiring moments and people tell us that he inspires them to get up and try. From shot and in a shelter on death row to being rescued and a certified therapy dog and bringing moments of joy to people’s lives and worlds of it to ours… He’s really an inspiration. After being a therapy dog for over a year Cooper passed his certification to work with children and now also brings smiles to children and teenagers in reading programs, schools, day camps and most inspiring: to handicapped and amputated children at a children’s hospital.
My advice when adopting a dog (because, please adopt – don’t shop!) would be to go in with an open mind, to not just look for a specific breed, or age, or such. Often it seems that the right animal picks us and not the other way around. Don’t overlook the older dog, the seemingly ‘imperfect’ dog, the dog with a physical limitation or a shy dog. They’re often the perfect match (and may not chew your shoes as much as that cute puppy). Don’t necessarily expect the ‘instant bond’ – we had it with Cinta, but with Colby it took her a while to bond with my husband and with Cooper he liked us but the bond and that look in his eye that he has now when he sees us? It took a while. Give them the space and time to learn to trust you and fell safe. Take some time to walk and/or play with the dog. Overlook bad manners and excitement as many shelter dogs get limited exercise and you may just be seeing pent-up energy. Try walking the dog for 20 minutes and watch his or her true nature come out. Trust your heart but use your head and be realistic about your lifestyle, your exercise routine, your yard, your financial situation, your family status, your travel and leisure habits. Take time to think it thought thoroughly. And once your decision is made? Love with all of your might and all of your heart. They will give it back to you tenfold.
You can follow Cooper on Instagram here!
‘Until one has loved an animal a part of one’s soul remains unawaken’ – Anatol France