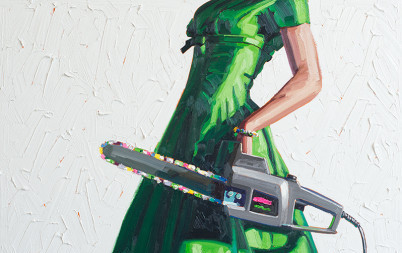 In Smashing, Reemtsen builds upon the motif of daintily dressed women yielding tools and household equipment that she is best known for, in an exploration of the idea of “breaking the glass ceiling.” A concern with what constitutes the modern woman and the breaching of traditional gender roles, which can be traced throughout Reemtsen’s body of work, also informs these newest paintings. Stylized by a thick impasto and a bright, cheerful color palette, the works juxtapose the feminine in the form of the fashionable (and anonymous) figures, with the masculine, often aggressive, items, such as sledgehammers, axes, and chainsaws.

In keeping with the glass ceiling idea, the figures that inhabit the works in Smashing are headed upward, as Reemtsen adds in a visual element of climbing in many of her paintings. Alongside their accessories, the women are fitted with office chairs or ladders that allow them to reach new heights, both literally and figuratively. Despite the vintage feel of the clothing depicted, the theme of these paintings is an especially relevant one today, when women make great strides in the professional and political realms everyday, truly aiming for the elusive glass ceiling of yore.

Kelly Reemtsen’s work has been exhibited widely in the United States, and is part of the Twentieth Century Fox and AT&T corporate collections. Her 2013 book “I’m Falling” was the recipient of The Independent Spirit Award at the 2014 Independent Publisher Books Award. Reemtsen currently lives and works in Los Angeles.

The exhibition will be on view at the gallery from October 8 to November 14. 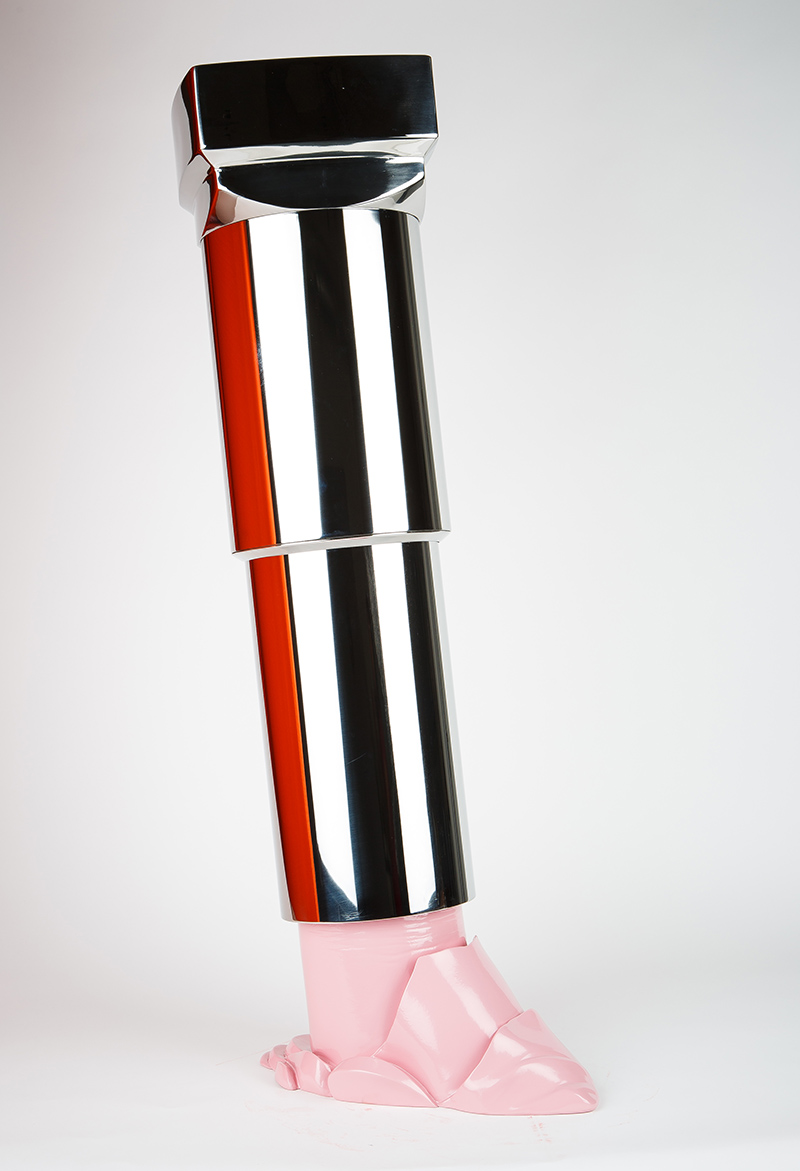 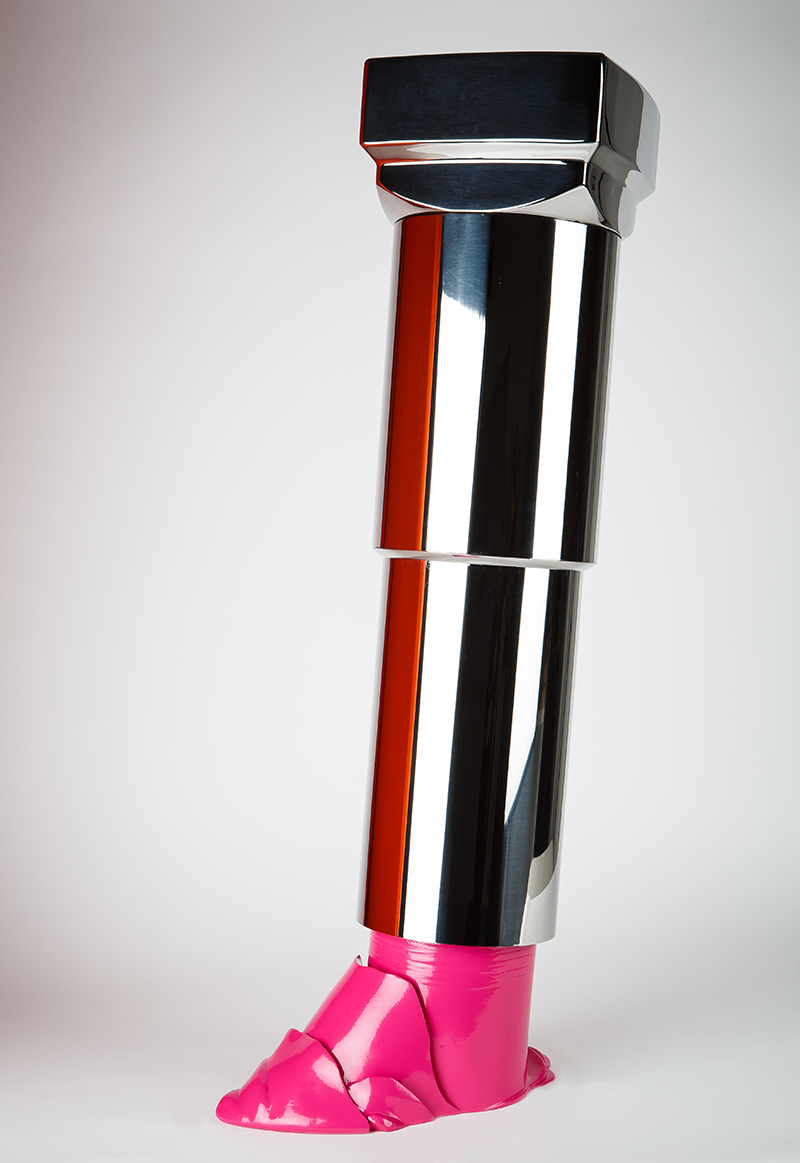 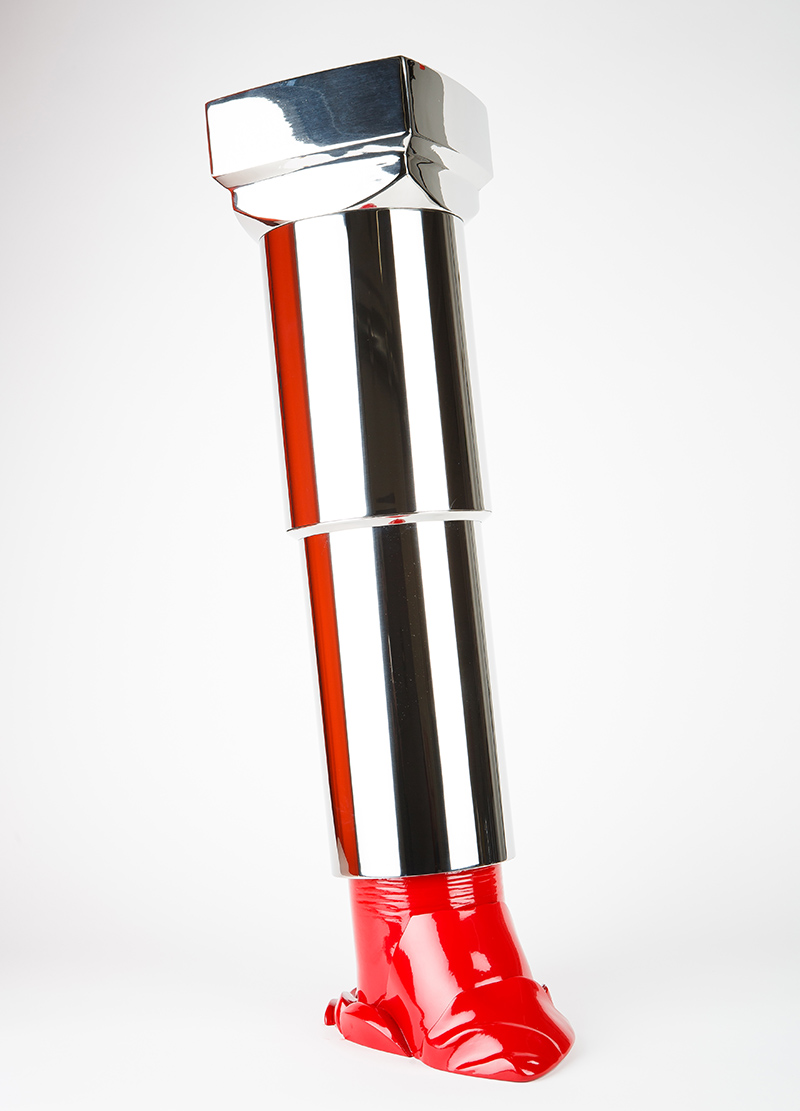 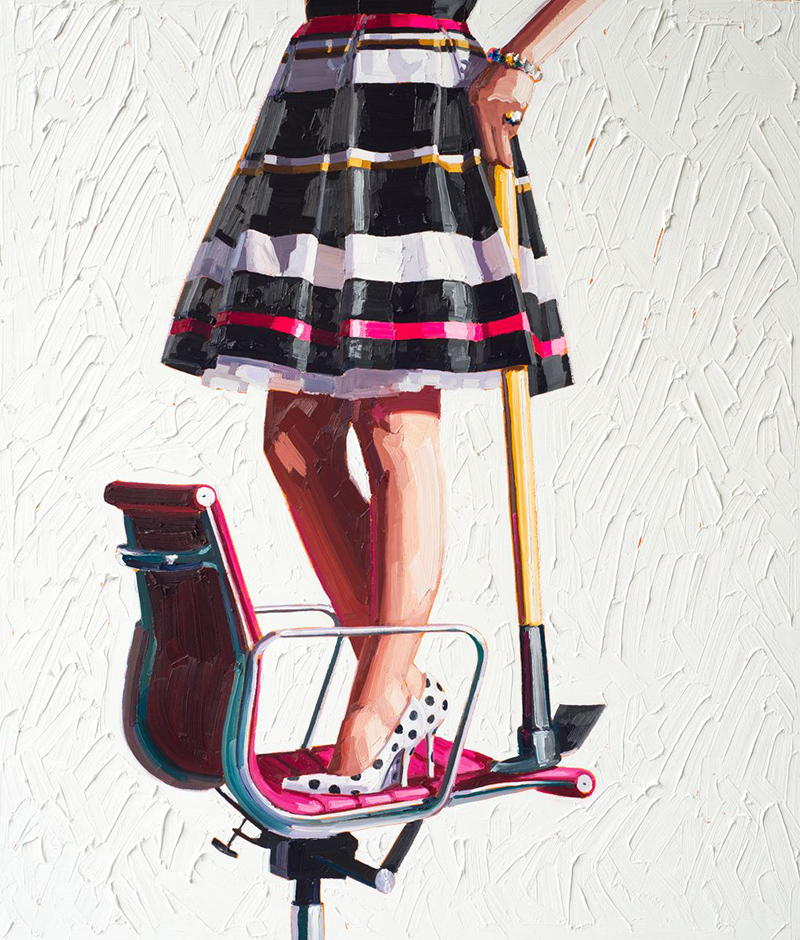 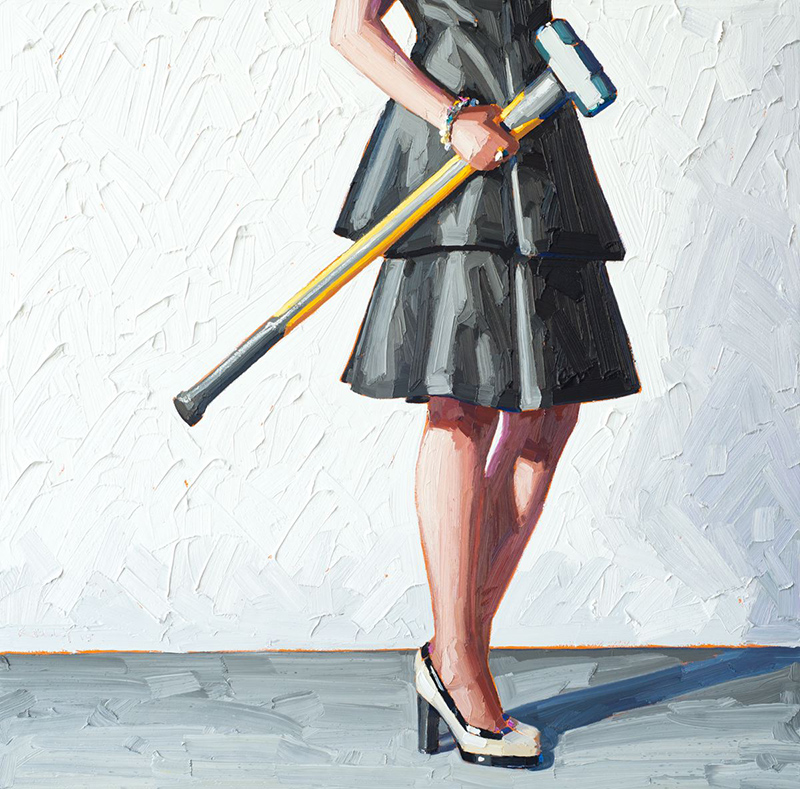 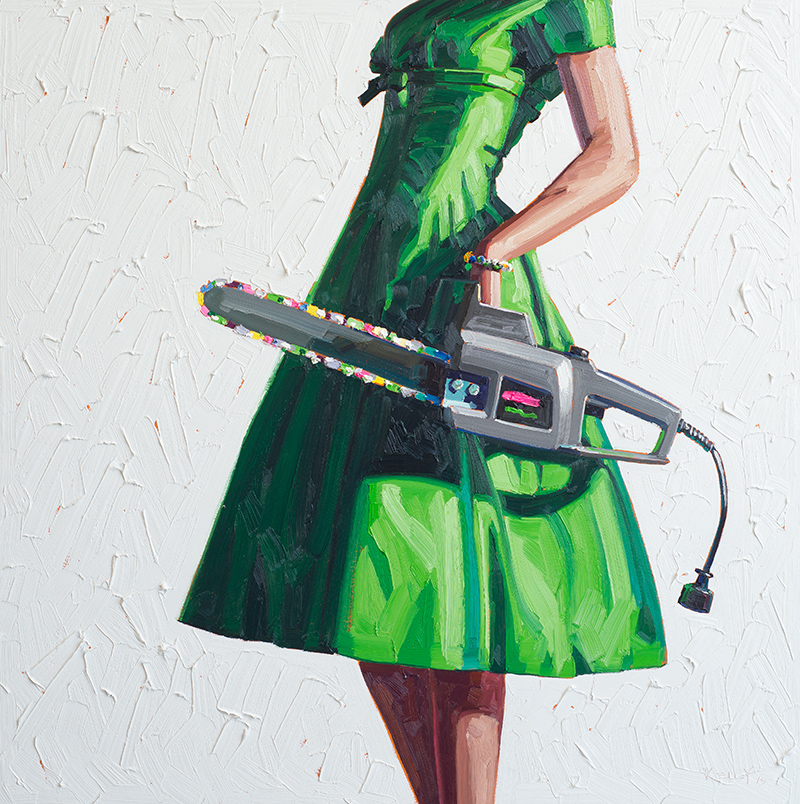