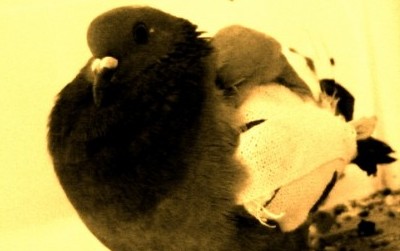 Simone Reyes isn’t just the reigning golden media goddess of the vegan movement, she’s much more than her press and golden locks.  She lives it like she talks it.  When we recently went to movie premiere, Simone showed up on the red carpet in a gown with a wounded pigeon she had just found on the street.  She rushed in to give it water, and then rushed out to get it medical attention.  Months later, she released it back to the spot she found it.  Here’s the story;
I am a Native New Yorker – born and raised in Greenwich Village. Growing up, this didn’t seem like such a big thing but over the years people’s reactions to hearing I was born and bred in Greenwich Village always comes as a surprise- guess most folks in the big apple are transplants.  What this means is I’m a proud New Yorker- I love the fact that you can get a bagel with tofu at 3am, that we never have to learn to drive if we don’t want to and live in the city that never sleeps… honestly, except for our brutal winters I love EVERYTHING about NYC- hey, gay marriage is even legal here! 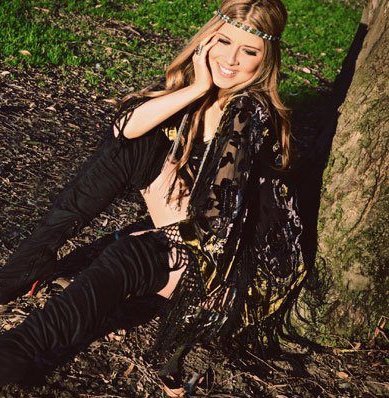 Simone Reyes
So, I ESPECIALLY love our pigeons.  I maintain that you can’t call yourself a New Yorker unless you love our native bird- the pigeon.  It’s always surprising (and crushing) to hear many people’s reactions to pigeons- rats with wings! (um, as if there’s anything wrong with rats!, love them too as they are just as much a part of our city’s landscape as that fifth avenue socialite in heels and those folks down on wall street who were sleeping in tents and are gonna change the world) and disease carriers.  I have seen literally hundreds of people stepping over an injured pigeon without so much as a sigh. I have never passed up the opportunity to help when I find one in need and never will. So, I guess that makes me a true New Yorker. 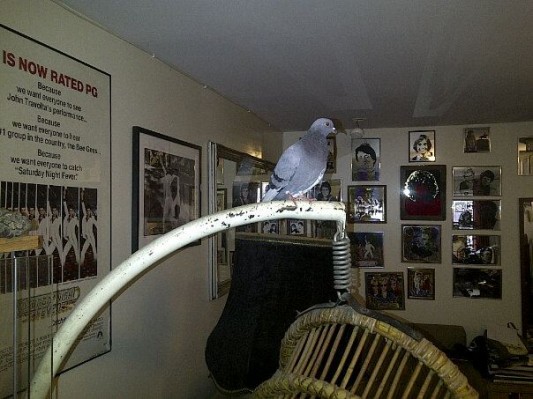 Pigeon in Brooklyn
Here is a video of one of my recent success stories.  S/he (its hard to sex a bird) came into my life with a phone call from my friend Eric Nies who had just gotten home from marching from Brooklyn to Washington, DC to fight for GMO labeling (yeah, I pretty much only hang out with activists in my spare time.) He saw a bird huddled in the Stereo Exchange entry way on lower Broadway.  I got off the phone, jumped in a cab and with the help of my friend Ken Compton we chased the bird for a block and were finally able to catch it when it dawned on us it may work to throw a coat over its head. 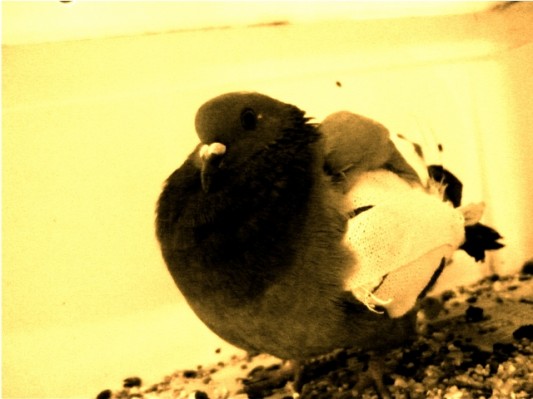 Free bird
So, two months later, with the help of a great vet (and yes, I pay for these rescues out of my pocket, its the least I can do) Dr. Anthony Pilny who treated his or her broken wing, an understanding dog, Cassidy (now passed on,) who shared his home with him or her (as you can see s/he escaped into my living room one day when s/he was feeling good and strong), a kind rehabber Dan Wolden, who allowed him or her to exercise in his pigeon room until he regained his strength and the prayers of my activist friends.. this guy/gal is going off to live the life a broken wing interrupted.
Watch his/her sweet release here, have tissues ready.  And next time you want to turn a blind eye to suffering, ask yourself “What would Simone do?”