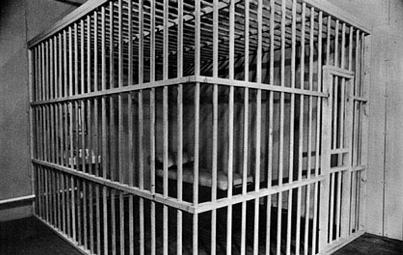 The Most Magical Jewelry In The World

Life isn’t black or white. People typically aren’t all good or all bad.  Many humans walk the line and crisscross back and forth, doing better when they know better.  We are all a work in progress,  When it comes to animals, maybe you believe you are on the side of right. You say you love animals. You say you respect animals. You say you are vegan because you empathize with animals. You use your voice to speak out for animals who cannot. You believe you are doing all you can to save animals. Or perhaps you fall on the other side when it comes to animals -you say you love some animals – your dog, your cat, your bird – but farm animals fall under a different category, they are here for our own use.  They are different.  And frankly, the idea of them being raised for food on factory farms and slaughtered for food doesn’t bother you.  Perhaps you are indifferent to their suffering.

The one thing both people on both sides of the line can agree on is none of us really, truly knows what its like to be that farm animal. None of us have lived it- and lets face it, we wouldn’t want to.  However, we should. Isn’t it fair that we educate ourselves first hand on what side we fall on? As individuals who say we care, shouldn’t we be moved to really prove our commitment? To those that are indifferent, isn’t it fair that you experience the life of an animal you pay someone to kill for you? In theory, many may agree. In the cold harsh light of reality who will step up and own your line? 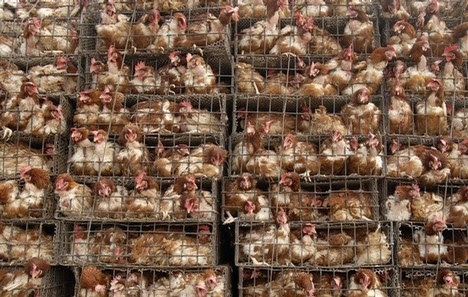 FARMING HUMANS is a one hour documentary in development hosted by animal activist Simone Reyes, and she’s calling on her fellow activists to join her for a hardcore project that will blow minds. The story focuses on 12 volunteers who agree to live like barn animals for ten days.  During this time, they will undergo the same nightmarish treatment farm animals endure every single day of their lives.  Imagine you wake up in a cage. You are gaining consciousness in a pen no bigger than an airline’s overhead storage bin and you’re hunched over, unable to fully extend your neck without smacking into the top of this enclosure. You’re boxed in with others like yourself, men and women with no sense of where they are, dazed from the lack of proper food and water left to wonder if that smell – that terrible, awful, miasma drifting lazily through the air – is really that of human feces, or if it’s just the rotting remains of what they deemed fit for your consumption. You’re elbow-to-elbow with your neighbors, trying to jostle for what little free space there is. In fact you are living in a barn, in a cage, ingesting hormones, being prodded and shocked, kicked, branded and enduring the same treatment barn animals regularly deal with.

Hiltz Squared Media takes aim at this gulf in our understanding, taking out twelve and putting them through the riggers of being prepped for slaughter.  For ten days, doctors and established experts will keep a close eye on them, observing their reactions to the physical and mental stresses that animals go through everyday on factory farms and massive feedlots.  Once the volunteers arrive at the barn, they will be broken down in to three groups: chickens, pigs and cows.   At this time, each volunteer will be tattooed or branded with a number.  From that moment on they will only be referred to by that number.  Each volunteer will be able to keep a video journal and discuss their experience.  The volunteers will be provided with clothes that identify which group they are a part of.

Watch the video and decide.

Farming Humans is looking for volunteers to be a part of their game changing documentary- it could be YOU.

If it cannot be you, then why not support it by sharing/tweeting it and throwing some cash at it if you want to see this film made.  On either side of the line, is the least we can do – don’t you agree?

Farming Humans will be directed by Naomi Hiltz who is an animal activist and directed projects for A & E, Discovery and CanWest Media.

Simone Reyes is Russell Simmons’s Executive Assistant.  An avid animal rights activist and rescuer, Simone starred in “Running Russell Simmons” on oxygen. You can follow her @simonereyes on twitter.