10 Ways to Save Some Serious Money

For those of you who know our GirlieGirl Army Founder Chloe Jo Berman, you know she has a problem staying quiet (and keeping her clothes on)… especially when it comes to speaking up for the rights of animals, and promoting veganism!   She’s ferociously vocal about going veggie and explaining how practicing ahimsa has changed her physical and inner being, and we can’t help but get in the spirit with her ourselves whenever she starts waxing poetic about the power of chia seeds and a good aryuvedic massage.   As she said in a recent interview; “It’s okay to care simultaneously about the best hot oil treatment for your color-damaged locks and what’s going on in Darfur. You can live a fascinating, exciting life – but also care about the earth and its inhabitants. That’s what being truly fabulous is all about.” 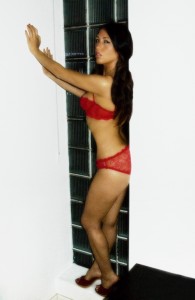 In two recent interviews, watch Chloe talk Glamazon Living, spill some juicy not-so-secret details about her past (hint: she was once the star of a reality show on Bravo,) and gush over her Army (that means you!)

VVH-TV was on hand with host Michael Wudyka at the Fashion Delivers, second annual Pay it Fashion Forward Awards which took place on June 18th at M2 in New York City (read our blog about it here.) This years festivities were hosted by the legendary LL Cool J with a performance by Tamarama. Fashion Delivers elevates the fashion industrys social consciousness by recognizing five fashion industry vanguards for their positive influences on the community and their environment yearly.

Honored this year was Sally Fowler and Jessica Moment (of Philanthropist Boutique, an amazing boutique run by two sassy pants ladies in the Bay Area which gives 100% of profits to Charity!! ) Linda Loudermilk(eco-designer-goddess,) Frankie Rodriguez (of I/DENTI/TEE, a must check out tee shirt line where EDUN LIVE – Bono’s company -supplies the tees. Each one is ‘grow-to-sew’ African and benefits the people in sub-Saharan Africa. Coolest of all, with every purchase of an identitee, you receive a code to download 10 songs of your choice for free on iTunes!) Jones Apparel Group, and your very own Chloe Jo.
Check out the interview below (Chloe pops in around the 25 minute mark):

Also on hand was cutie pie Jordana Reim of Planet Verge (a rad site run by a group of women who write, blog, and shoot amazing videos about music, cute boys, and stuff they heart) who interviewed Chloe about her involvement in Farm Sanctuary. Chloe convinces Jordana to watch Earthlings (she later goes vegan!) and talks about how going vegan doesn’t have to be hard (and can keep you thin, healthy and beautiful inside and out).