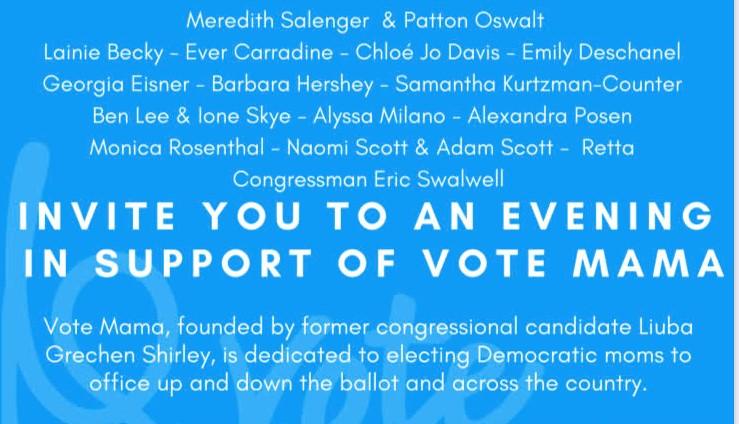 With SCOTUS hanging in the balance the stakes have never been higher in an election. We have less than 34 days until November 3rd, and now is not the time to give up. As we fight for the country we want for our children, and mourn the life of Justice Ruth Bader Ginsburg, we cannot think of a better way to honor her legacy then help elect more womxn to office.

That is why we are inviting you to an event on Wednesday, October 21st at 5:00 PM PST to support Vote Mama, an organization that coaches, funds, and endorses progressive moms running for office up and down the ballot across the country.

Please join us for a discussion featuring Vote Mama endorsed candidates, all of whom are fighting to switch their districts from red to blue:

Moderated by Liuba Grechen Shirley, Founder and CEO of Vote Mama and former congressional candidate, who made history when she petitioned the Federal Election Commission for the approval to spend campaign funds on childcare and won.

Womxn still only make up 23% of Congressional Representatives and 25% of state legislatures nationwide.  The average age of womxn in the 115th Congress was 54, and we know that 86% of women have children by the age of 44. Yet, less than 5% of people in Congress are mothers with school-aged children. Which means– if we aren’t supporting moms we aren’t supporting womxn.

“We believe the success of our mission can be best measured not just by the number of moms who win their elections, but also by the normalization of moms and young women in positions of leadership and power. Our kids need to see running for office is just what mamas do.” Liuba Grechen Shirley, Founder & CEO of Vote Mama 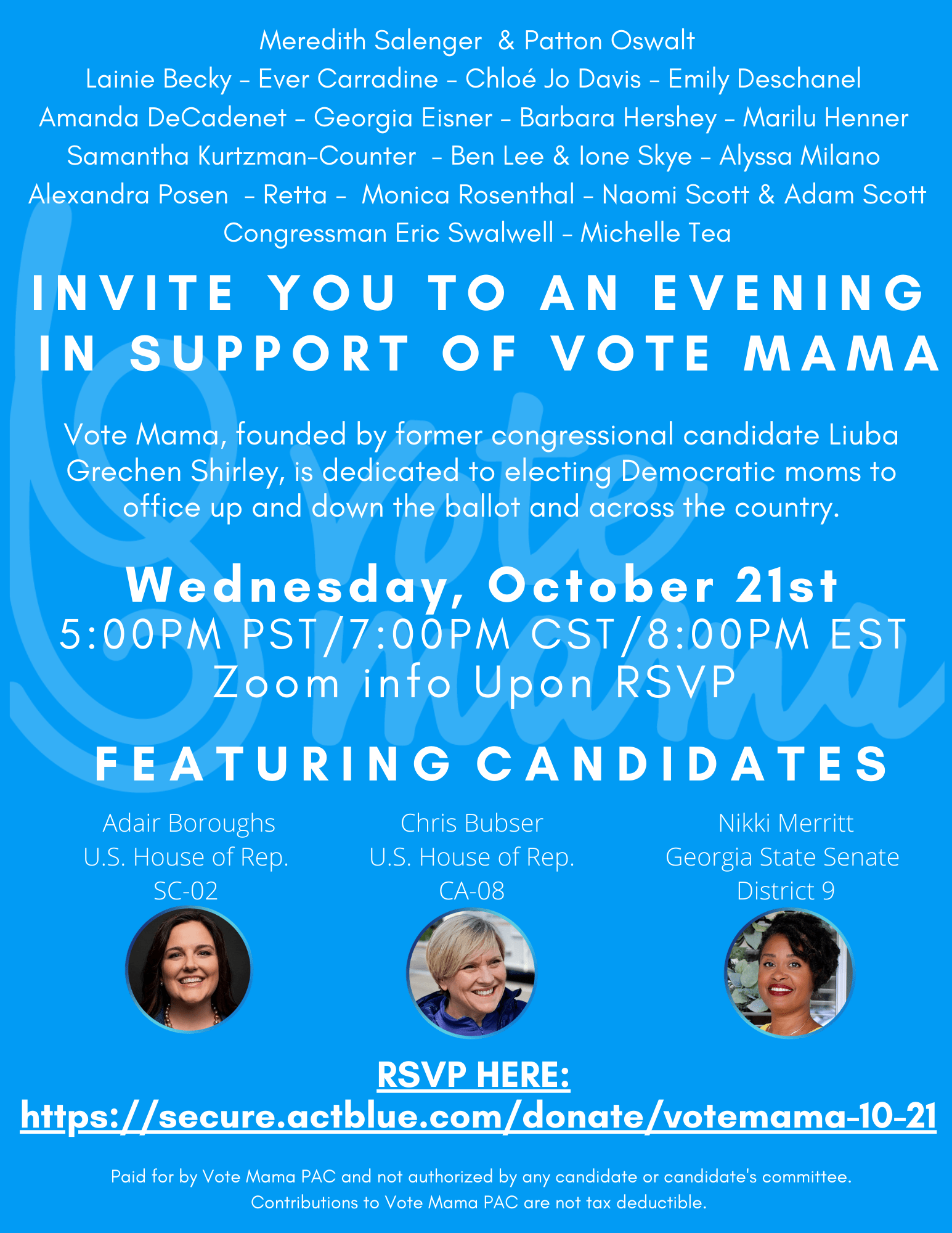 We hope you will join us on October 21st to support Vote Mama and all of the amazing womxn they are supporting and need our help.