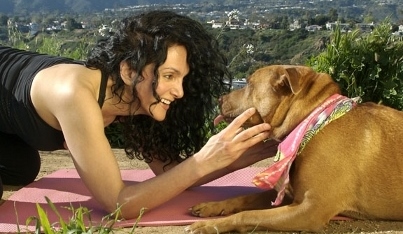 came out in May 2008 to glowing reviews and with endorsements from nearly every celebrity on planet earth, alongside spirited launch parties on both coasts. The fully updated e-edition just came out on Tuesday May 20th, and to celebrate, we wanted to share one of Karen’s beautiful stories from the book, and also encourage you to order the book today or tomorrow to get some fantastic bonuses.

If you buy from Amazon, now through Wednesday May 21, you get loads of gifts and discount certificates, most of which are valid until the end of the year. The campaign has two aims: to move an animal advocacy book to the top of the Amazon charts, and to provide gifts that support an animal friendly lifestyle.

The animal advocacy community’s support for this campaign has been touching and inspiring. Please check out what we have to offer, below, then click here to buy the book until Wed. May 21, and click here to find out How to Redeem Your Gifts.

Watch this short video about the book;

Read this excerpt The Urban Elephant, from Thanking The Monkey;
Occasionally there are happy endings for the animals used in circuses and zoos. Allison Argo’s Emmy Award–winning PBS documentary, The Urban Elephant, tells the story of Shirley, who arrived as a baby from Asia and spent thirty years in the circus till a leg injury ended her “career.” Unlike a professional human athlete or performer, she didn’t get a cushy job in a broadcasting booth. As thanks for her years spent entertaining children she was retired to the Louisiana Purchase Zoo. There she lived for twenty-two years, in a concrete stall with a small grass yard, never seeing another of her own kind. Female elephants desperately need the companionship of other elephants—but that was barely known when Shirley arrived at the zoo. In 2003, however, the people running the Louisiana Purchase Zoo decided they could no longer give Shirley a home and agreed to send her to what the documentary calls “a little piece of heaven carved out of the rolling hills of Tennessee.” The Elephant Sanctuary, founded by Carol Buckley, provides hundreds of acres where elephants wander or freely enjoy their heated barn.

Solomon James was Shirley’s keeper at the zoo for twenty-two years. He clearly loves her. In the film he says he spends as much time as he can with her so that she doesn’t feel all alone, and we see him bathing her and talking to her with great affection. We watch as he accompanies her to her new home in Tennessee. Then with tears in his eyes he says to the camera,

“I am going to miss her. But when I saw this place I told her that there will be no more chains. She is free now. I don’t know who was the first to put a chain on her but I am glad to know I was the last to take it off. She is free at last.”

Then he says, “I am going to miss you, Shirley, my big girl.”

The elephants at the sanctuary come into the barn one by one to greet the new arrival, who is at first in a separate pen. They touch trunks through the bars—it looks like kissing. When an elephant named Jenny arrives, there is an uproar. Carol says she has never heard anything like it. The trumpeting goes on through the night. When Carol comes into the barn the next morning she finds that in their desperation to get close to each other, Jenny and Shirley have bent the steel bars between them.

Carol did some research into their backgrounds and found that thirty years earlier they had worked together in the same circus. Jenny was just a baby, and Shirley would have been like a surrogate mother.

At the sanctuary they became inseparable. We see them walking, resting, and bathing together. The documentary’s final shot is of them standing in the middle of a sunlit field, looking together at their new home, with their bodies pressed against each other. They have woven their trunks through each other’s front legs as if they are attempting to bind themselves together.