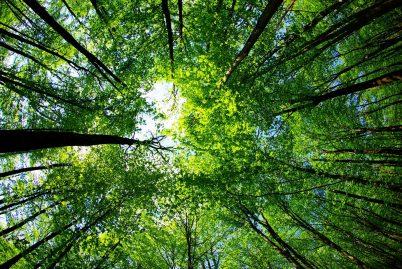 Stop Checking Your Likes: Shake Off the Need for Approval and Live an Incredible Life

So let’s get real folks: Pollution creates sickness. Sickness makes it then easier to pollinate a virus and hurts people with a virus!

Why do I say this? Because this is a wake up call. We must plant trees, go solar, eat and drink organic, and stop pollution. Never has it been clearer.

The Corona virus as reported is a combination of several virus – all that attack our immune system and lung cells. Suddenly us green folk want the damn clorox, lysol and poison chemicals that kill kill kill. It’s even in my garage in case of emergency. Whether you’ve opted for the clorox or Mrs. Meyers – here’s what you need to know about air and covid19:

First off, let’s rank air quality in the 30 most polluted cities. New Data Ranks Health Threat in Cities from Worst to Best For in GOLDACH, Switzerland and on Feb. 25, 2020 in PRNewswire. They report air pollution continues to pose one of the biggest threats to human health – with 90% of the global population breathing unsafe air. The latest data compiled by IQAir is published in the 2019 World Air Quality Report and online with most polluted cities ranking. One reveals the changing state of particulate pollution (PM2.5) around the world during 2019.

The new dataset highlights elevated air pollution levels. All as a result of climate change events like sandstorms, wildfires, and pollution where it gains from the rapid urbanization of cities. Especially in areas such as Southeast Asia. While some achievements have been made in air quality monitoring infrastructure globally, there are still huge gaps in access to data around the world.

Key findings from the report include:

1. In China: Chinese cities achieved a 9% average decrease in PM2.5 levels in 2019, after a 12% decrease in 2018. Still, 98% of cities exceeded WHO guidelines and 53% of cities exceed China’s less stringent national targets. In the last decade Beijing has more than halved its annual PM2.5 levels. This year, Beijing dropped out of the ranking’s top 200 most polluted cities.

2. In South Korea: South Korea was the most polluted country for PM2.5 among the OECD during 2019. Air quality levels in key cities have remained relatively stagnant over recent years.

3. In India: Then cities in India, on average, exceed the WHO target for annual PM2.5 exposure by 500%, national air pollution decreased by a remarkable 20% from 2018 to 2019, with 98% of cities experiencing improvements. These improvements are believed to be largely a result of economic slow-down.

Even newer research now link air pollution to coronavirus deaths. The New York Times reported on a major new US study which finds a strong correlation between levels of air pollution and how likely people are to die from the pandemic across the US.

“The results of this paper suggest that long-term exposure to air pollution increases vulnerability to experiencing the most severe Covid-19 outcomes,” the authors wrote. It reinforces other early-stage research from Europe – especially Italy – with similar conclusions. It still isn’t known why this happens though – for example, if air pollution allows the disease to spread more easily or makes people more vulnerable to the disease.

So let’s be clear: India likely won’t die this year of the Coronavirus – it’ll be the excess heat. For they now have a new statistic for deaths called Unknown. That’s for heat related deaths.

So when you see eco-conscious people knocking on doors for green living – and you think it’s just because we want trees in India or organic foods, look beyond the obvious – it’s so things like this WON’T HAPPEN! Now they have, and we will have to crawl out from the mess we’ve made, one sustainable step at a time.