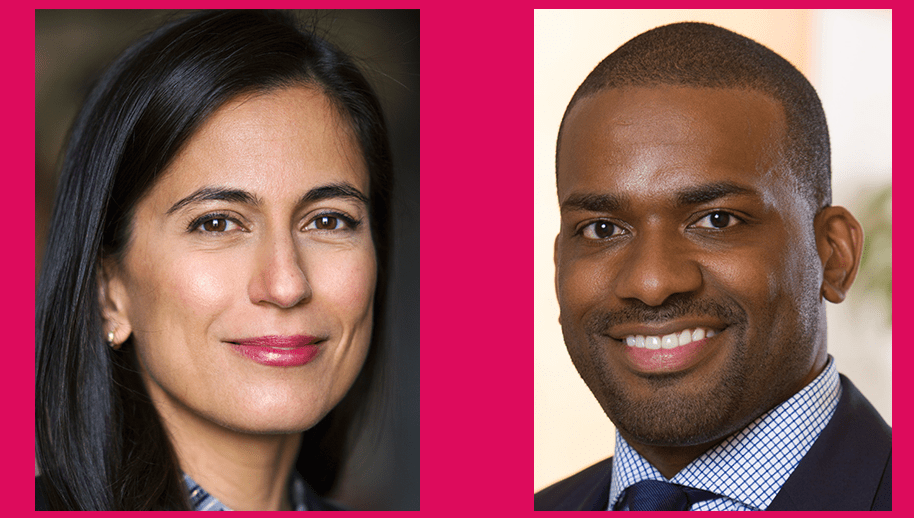 Please join me and the GGA team, as I co-host a conversation between my friend Tali Farhadian Weinstein and Shavar Jeffries on October 27th on 7pm in honor of Domestic Violence Awareness Month.  Tali is running to be the next Manhattan District Attorney, and I could not think of a more qualified candidate to assume this role during these uncertain times.

The event is a conversation between Tali and Shavar D. Jeffries — a civil rights lawyer, law firm partner, and advocate for social justice and educational equity. Shavar will speak about his experiences with domestic violence and his advocacy on the subject. Tali and Shavar will also take questions from the virtual audience.

Tali Farhadian Weinstein is a prosecutor, a professor, and a proven criminal justice reformer. She is also an immigrant, a daughter, a wife, and the mother of three girls. Tali came to America as a child on Christmas Eve 1979, having fled the violence and anti-Semitism of revolutionary Iran. Tali, in turn, has dedicated her career to standing up as a champion for those who face vulnerability and violence in their lives, and to fighting for safety, fairness, and justice for all. After law school, Tali was a Law Clerk for Judge Merrick B. Garland at the U.S. Court of Appeals for the D.C. Circuit, and at the U.S. Supreme Court for Justice Sandra Day O’Connor. Throughout Barack Obama’s presidency, Tali worked at the U.S. Department of Justice, first as Counsel to Attorney General Eric Holder, and then as a federal prosecutor. And most recently, Tali served as the General Counsel of the Brooklyn District Attorney’s Office, which, under the leadership of Eric Gonzalez, is regarded as a national model of progressive prosecution, and which has kept crime – especially violent crime – at record lows for the borough.

She’s also a good friend, and I can vouch for her absolute integrity, brilliance, and intrinsic goodness.

Won’t you join me?  Tickets begin at just $5, as this event is meant to be inclusive and aims to bring as many people as we can together — to raise awareness about domestic violence. 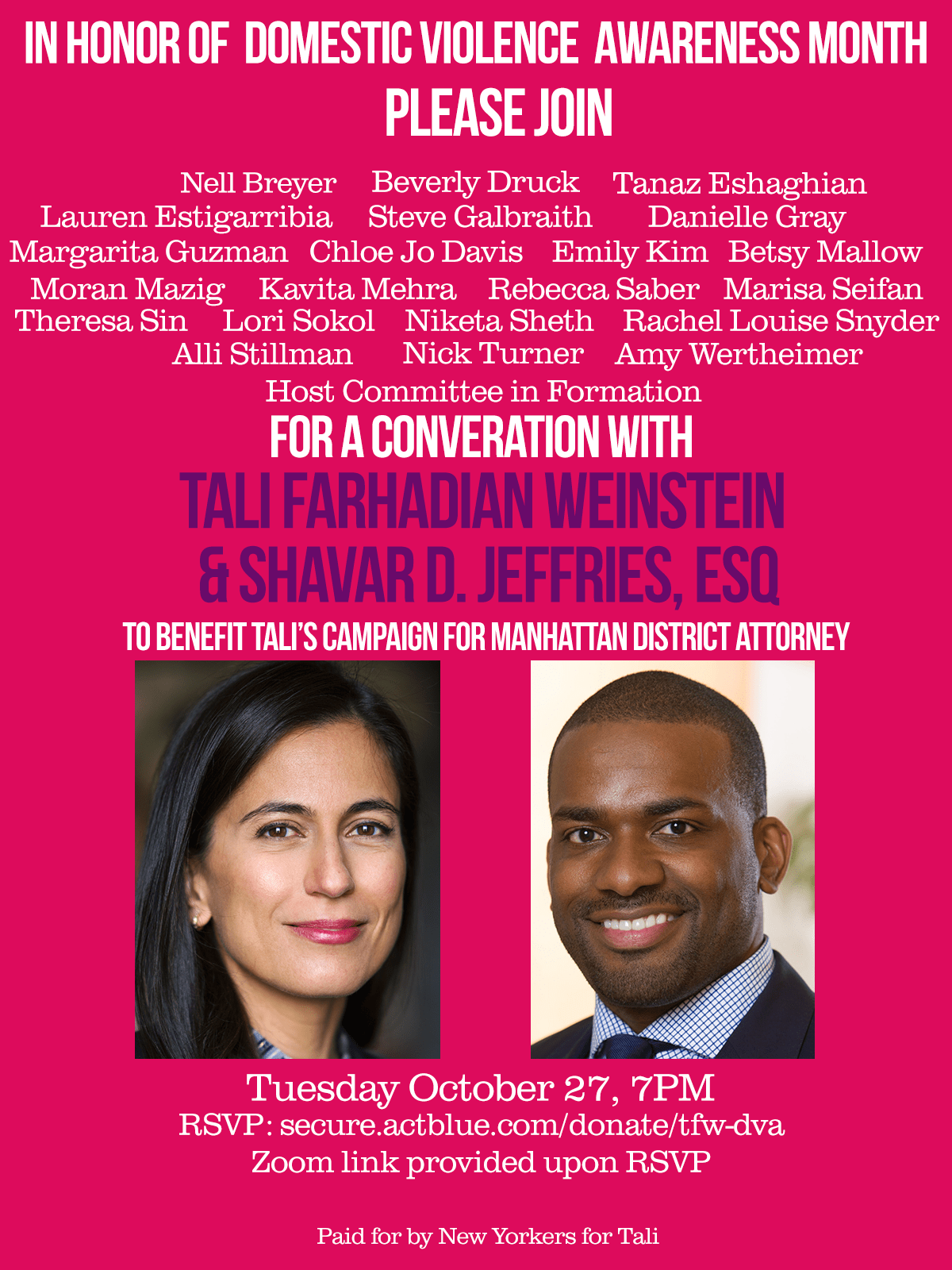 You can purchase a ticket for the event here: https://secure.actblue.com/donate/tfw-dva.