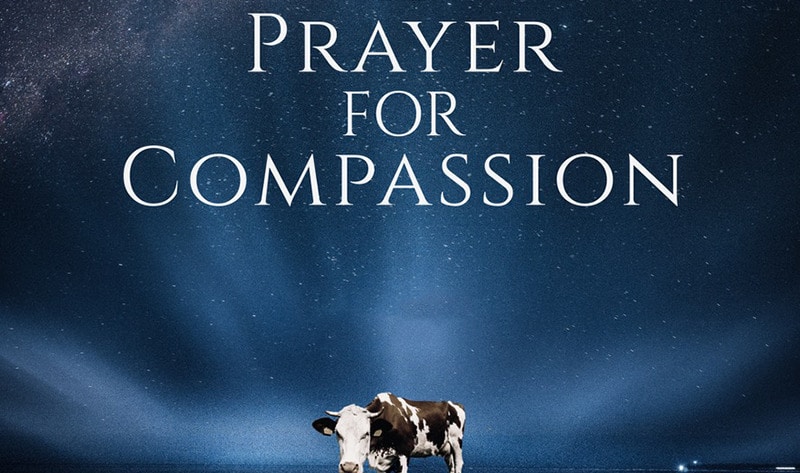 Gal Pal Valentine’s Day Gifts That Give Back

7.2 billion people on planet earth identify as religious. Add to that the many “spiritual, but not religious” folks and that’s a lot of men and women, almost all of them eating God’s other creatures.

Filmmaker Thomas Wade Jackson, winner of a Student Academy Award for his short film, Slow Dancin’ Down the Aisles of the QuikCheck, took note of this contradiction. He himself went vegan after learning in a progressive Protestant church about a loving God, tolerance for all people, and the oneness of all life. But even the people teaching him these principles were eating bacon and eggs at Sunday brunch. This led Thomas to set out on a quest across America, to the UN Climate Conference in Marrakech, and through the Indian subcontinent asking the question, “How can people on a spiritual or religious path expand their circle of compassion to embrace all life, regardless of species, while making choices in alignment with this value?”

The result is the new feature-length documentary, A Prayer for Compassion. Featuring representatives from almost every spiritual tradition, this film calls on people of faith and spiritual seekers of every stripe to come together to bring about a world in which “The wolf will live with the lamb…the calf and the lion and the yearling together; and a little child will lead them…They will neither harm nor destroy on all my holy mountain….” (Isaiah 11:6 and 11:9)

The World Premiere will take place at the SVA Theatre in Chelsea on Tuesday, March 5. Tickets are available at both the general admission (the 8 pm film, popcorn and Q & A panel) and VIP level — includes the above plus a red carpet pre-screening reception at 6:30, with gustatory offerings from The Organic Grill, Candle Café West, Marty’s V-Burger, Riverdel Fromagerie, Vegan Wines, and more; the opportunity to meet the filmmaker, producers, and cast members; and goody bags that will be, if I do say do, downright exceptional.

For more information about the premiere and to purchase tickets, click here.

I became involved with this project three years ago when Thomas called into my Main Street Vegan radio show and asked if I would be the producer for the film which was, at that time, only a vision. My first thought was, “I don’t know how to do that and aren’t producers really rich?” but my second thought was, “Never say no when you might be able to help animals and make vegans.” Now that this labor of love is about to birth, I’m in awe of how it’s happened. The funding materialized. The scope widened. The journey came full circle.

If you have additional questions about the film or the NYC premiere, or if you feel moved to volunteer your services for the March 5th event, please contact Carly Hirsch, mainstreetveganmedia@gmail.com. If you are not in the New York area but would like to host a screening of A Prayer for Compassion during our theatrical release period, March 6 through August 31, Carly can help you with those details, as well.

Victoria Moran is the author of thirteen books including Main Street Vegan and Creating a Charmed Life. She hosts the Main Street Vegan radio show and podcast, and is director of Main Street Vegan Academy, an in-person program in NYC that trains and certifies Vegan Lifestyle Coaches and Educators (VLCEs). A Prayer for Compassion is her first film.