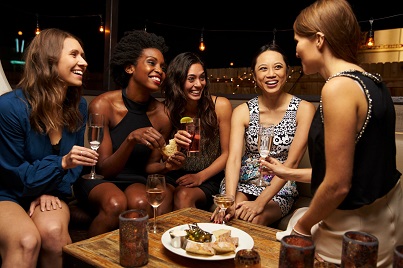 The 10 Best Cities In America For Vegetarians

Millennials are on the cusp of surpassing Baby Boomers as the nation’s largest living adult generation this year, according to population projections from the U.S. Census Bureau. A whopping 73 million Americans fall into this millennial category. And while the nation is (justifiably) fixated on the opioid crisis that killed about 42,000 people last year, alcohol misuse killed more than twice that number (88,000). Millennials are defined as anyone age 22-37 according to Pew Research Center.

The opioid epidemic is a national emergency for sure, but we cannot afford to be so laser-focused that we ignore the numbers of millennials abusing alcohol, a very deadly substance in its own right.

Millennials are abusing alcohol at high rates and the consequences can be deadly. Ranging from incurring DUI’s (this would definitely require a dui defense lawyer to salvage the situation) to sabotaging interpersonal relationships due to addiction – the repurcussions could be deadly. How is this smartphone-addicted, internet-born, social-media-obsessed generation different from others?

Recovery Centers of America‘s Chief Scientific Officer, Deni Carise, PhD, says, “There is a significant number of millennials abusing alcohol to cope with stressors we haven’t faced in other generations. This includes 24/7 access to news – good and bad – via the internet and smart phones, and direct observation of others’ lives through social media.”

She goes on to say, “Social media can give the impression that all of someone’s friends are drinking or partying, everyone’s doing it, combined with the reality that smart phones cut millennials off from actual, much-needed person-to-person relationships. In addition to this lack of a human support system, this also means that what they see online and what the actual truth is may be vastly different.”

Financial stressors may also play a role in millennial drinking behaviors as the generation graduates from college and moves through the workforce in their 20s and 30s, perhaps not at as quickly as they had imagined, and many coming out of school with significant student loan debt. As noted above, financial pressure and stress is correlated to alcohol abuse as a means to cope. To try and take off some of the financial stress, people with students debts could try using a student loan calculator to work out how much they need to budget, in order to pay off their loan month by month.

Dr. Carise also believes that the millennial generation’s parents could be playing a factor.

“A large number of parents of millennials mistakenly thought that by letting their teens drink at home, they were safer because they had adult supervision and wouldn’t be driving. But a recent study found that teens whose early exposure to alcohol came from home may actually be more likely to drink and suffer alcohol-related harms.”

“The bottom line,” says Dr. Carise. “is that millennials should be aware of the dangers of alcohol as well as opioids, and that treatment specific to the unique needs of their generation of young adult men and women is available.”