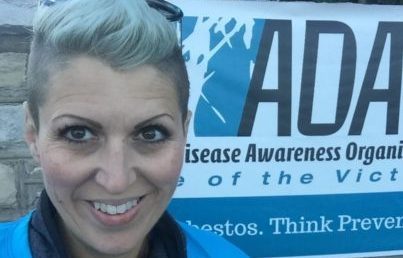 The Truth About Asbestos and How it Changed My Life

In 2005, at 36 years old, I gave birth to our only daughter, Lily Rose. My husband Cameron and I were so excited and enjoyed learning how to be parents. But something was wrong. I felt horribly sick, lost a lot of weight, and had trouble breathing. I had worked in a salon for 15 years, breathing in all sorts of products daily; I had been a smoker long before Lily came along, too. Could this be lung cancer?

When the doctor told me I had mesothelioma–malignant pleural mesothelioma to be exact–my heart sank. Mesothelioma is a very rare and aggressive cancer. Though it has different types, it’s most commonly found in the lining of the lungs, like mine. If left untreated, I would only have 15 months to live. Most mesothelioma patients, regardless of the type, are told they have 12 to 24 months. But I had a daughter, just three months old. I didn’t understand how we could go from the most exciting time in our lives to me receiving, essentially, a death sentence.

Mesothelioma is only known to be caused by exposure to asbestos. Asbestos is a naturally occurring mineral humans made use of dating back to ancient Greece. Unfortunately, the health risks involved with asbestos weren’t realized until much later. Asbestos has been widely used in buildings, car parts, navy vessels, toys, etc. largely because of its fire resistant properties. When disturbed, asbestos fibers can be inhaled and cause a variety of health problems, like mesothelioma and asbestosis. Though more than 60 countries have since banned this toxin because of the health risks it poses, the United States surprisingly has only placed restrictions on its use.

We soon realized my exposure to asbestos occurred accidentally as a girl. My father worked in construction and I’d often play in his dust-covered work coat. None of us knew that dust contained asbestos. Since the disease has a latency period of 20 to 50 years, most are diagnosed at a later, harder to treat stage as a senior. Though I was younger than most, my diagnosis wasn’t any less scary. Thinking of Lily, we knew we had to take whatever steps necessary to beat this.

I went to Boston for a lifesaving surgery that removed one of my lungs. The healing process was much longer and harder than I anticipated. Finally, one month later, I was able to fly home and see my baby girl. I stayed with my parents in South Dakota, while Cameron continued to work in Minnesota so we could still pay our bills. Being 600 miles away from my main support system was by no means easy, but it was necessary for our family.

After recovering for 3 months at my parents’, I flew home to Minnesota and started chemotherapy, which continued until just a few weeks before Lily’s first birthday. With all my treatments, I had basically missed the first year of our daughter’s life. I can never get that time back. Thankfully though, we were able to plan a party and take a short breather from all our hardships and celebrate life. Soon after, I began my 30 days of radiation. I felt like my insides were cooked, I was beyond exhausted and feeling the opposite of better. I can’t thank my medical team enough for pulling me through those days. 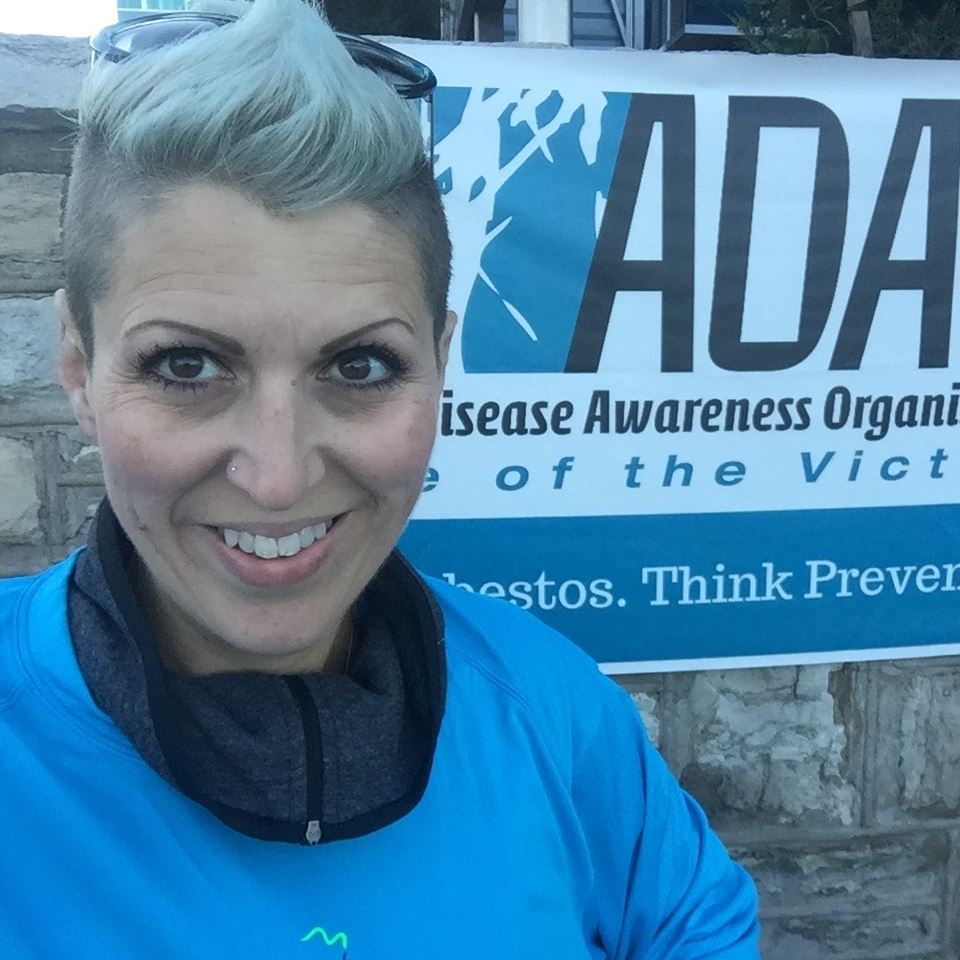 As I slowly healed both mentally and physically, I realized my new passion: raising awareness for this disease. I started writing about my experience and the truth of this diagnosis. I wanted to help other patients realize there was hope. I wanted to educate the world on just how dangerous asbestos is. Mesothelioma may not have a cure, but it is preventable.

You can help by sharing my story and educating your family on asbestos. You can also get involved by signing petitions through the Asbestos Disease Awareness Organization to add your voice to the fight to ban asbestos. I won’t stop fighting until this horrible toxin is banned and no one else will have to face these horrible diagnoses.

Heather Von St. James is a mesothelioma survivor and advocate working to raise awareness for this asbestos-caused disease.