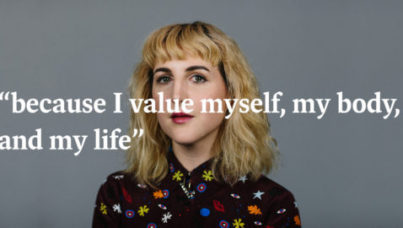 Kids Nail Polish That’s So Healthy, They Can Eat It

How often do you talk about sex? Probably not nearly enough. Introducing GET ON TOP: a campaign to get women, and anyone else, everywhere talking about their Sexual Health. This short and amazing video with some truly impressive, badass women will launch a campaign to have 100,000 women pledging to have safe sex. GirlieGirl Army is all up in this program to say YES to the power of our own choices and bodies! Even though this campaign is mainly directed at women, we are also encouraging men to play their part too. All over the world, a lot of men are also experiencing health issues in the bedroom, such as erectile dysfunction. This can lower their sex drive, so it’s advised that men suffering from that do consider finding viagra tablets. That could make a big difference. It’s so important that men discuss these sorts of issues and any previous history with STDs. This can help to increase safety. Both men and women need to play their part to increase safe sex.

Because only 21% of single women use condoms.

Because 48% of pregnancies are unplanned.

Because 1 in 4 college freshmen contract an STD.

Because that’s just not okay

Here’s where you come in:

Can you take one minute to sign and share the pledge? With your help we can reach the goal of 100,000 pledges.

For every single pledge Sustain Natural (really the only condoms you should be using, buy ’em!) will donate a condom to a young woman through a partnership with Bedsider and The National Campaign to Prevent Teen & Unplanned Pregnancy.