Join Us For 2 Glam Fundraisers In NYC

If you have a Dad or Mom or beloved who has a history of heart disease, cholesterol, obesity – or you struggle with your health in anyway- reading the story of Dr. Robert Ostfeld’s journey to exclusively espousing a plant-based diet will blow your/ their mind. Cardiologist Robert Ostfeld, MD, MSc is the founder and director of the Cardiac Wellness Program at Montefiore Medical Center in New York City, where he encourages patients to embrace a whole-foods, plant-based diet. He earned his MD at Yale and his MSc in epidemiology at Harvard, and he is an associate professor of clinical medicine at the Albert Einstein College of Medicine.  So you know, he’s got an average pedigree ;)  When a Doctor this esteemed reverts to exclusively prescribing veganism, you owe it yourself to find out more and why;

As a cardiologist, I am delighted to share the many ways the film Forks Over Knives has been an incredible resource for my patients, my students, and for me. I recommend the movie multiple times each day when explaining to patients how they can dramatically improve their health by embracing a whole-foods, plant-based diet. Outside of an emergency medical condition that requires an urgent intervention, I have never seen anything come close to providing the breadth and depth of benefits that this lifestyle offers.

However, ten years ago I would not have been writing this post or otherwise extolling the benefits of a plant-based diet. During my training at Yale and Harvard with many outstanding physicians and scientists, I learned little about this approach. For years after my training, I applied evidence-based medicine, recommended a “healthier” lifestyle, which typically included a Mediterranean-style diet, and watched as my patients’ diseases often progressed. I became frustrated. There had to be something more.

Fortunately, I was introduced to the work of Drs. Campbell and Esselstyn. Based on their research, I started a Cardiac Wellness Program at Montefiore Medical Center in New York City, where we encourage patients to embrace a whole-foods, plant-based diet. The results have been amazing. My patients’ chest pain and shortness of breath have dramatically improved. Their cholesterol has plummeted, they have lost weight, and they are able to eliminate or reduce the need for multiple medications for problems such as hypertension, diabetes, high cholesterol, and chronic pain.

I’d like to share a real-life example: A patient in his late 50s began to develop chest discomfort. It progressed to the point where he would feel it even as he sat still. Cholesterol blockages in his heart were the cause. He did not want any cardiac procedures, and he was started on all of the appropriate medications. However, he continued to have discomfort even walking a block or two. He then changed his lifestyle, embracing a whole-foods, plant-based diet. His cholesterol fell dramatically, he lost weight, and after just a few months he could walk over a mile. Now, two years and no procedures later, he is jogging over two miles and says he feels 30 years younger!*

Patients also describe benefits they may not have originally expected, such as more energy, improved complexion, clearer thinking, better sleep, fewer colds, improved erectile function, increased stamina, and more! In fact, patients have cried tears of joy from the results they have achieved. Frankly, I have fallen in love with being a physician all over again.

I am grateful that you are reading this, as the need for this type of lifestyle change is only growing. Heart and blood vessel disease is the number one killer of adult men and women in the United States,1, 2 and approximately two out of every three twelve-year- olds in the US has early signs of cholesterol disease in the blood vessels that feed their hearts with blood.3 We are literally killing ourselves from diet-driven disease.

Each of you influences many people in your family and community, helping to spread awareness about the benefits of the whole foods, plant-based lifestyle.

In my years of practice I have learned that it is never too early to make this change, and it is never too late. When we are born, our bodies are like turbo engines. A few decades of animal products and processed foods later, we turn those bodies into clunkers. Let’s turn back the clock … because we can!

*Patient identifiers have been changed. 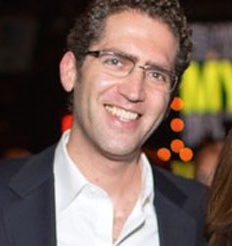 Cardiologist Robert Ostfeld, MD, MSc is the founder and director of the Cardiac Wellness Program at Montefiore Medical Center in New York City, where he encourages patients to embrace a whole-foods, plant-based diet. He earned his MD at Yale and his MSc in epidemiology at Harvard, and he is an associate professor of clinical medicine at the Albert Einstein College of Medicine.

* Piece originally published on forksoverknives.com – reprinted with permission by author