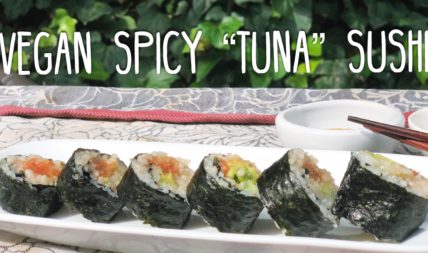 Are Human Lives More Important Than Other Animals?

Oceanographers have noted that by 2048 the ocean will run out of fish at the rate we’re over-fishing our seas, so it’s high time for a vegan version of our beloved spicy tuna.

The flesh of a tomato, when marinated properly, is practically indistinguishable from its fishy counterpart.

This is one of my favorite recipes for the sushi-loving yuppies among us. Who misses sushi as much as me? Veggie rolls just don’t get me there. Behold, the ultimate Vegan Spicy “Tuna” Sushi Roll made magically from the flesh of tomatoes  shockingly spot on, so much cheaper on the wallet, waistline and ocean + *so flavorful* even little ones agree.

Let’s do this thing.

Ingredients:
3 beefy tomatoes – soft/ripe
1 cup of sushi rice – or rice of your choice
Avocado and/or cucumber for the sushi rolls
1 Package Nori, aka Sushi Rolling Paper
Ginger,Wasabi for garnish if you wish

Instructions:
Cook rice on the stovetop according to package instructions. While the rice is simmering, pierce the tomatoes with a knife several times to form some air pockets. Bring a medium pot of water to boil. Place the tomatoes inside the boiling water – in the meantime, prepare an ice-bath (big bowl of ice water). Keep tabs on the tomatoes – about 2 minutes into boiling you should start to see the skins peeling, this is time to remove the tomatoes with a slatted spoon into the ice bath to blanch the tomatoes, suspending any further cooking.

Make the marinade by combining all ingredients in a sizable container with a lid. Remove the tomatoes from the ice bath onto a cutting board – discard the skins easily and remove the liquidy center and seeds — dice the remaining tomato flesh, that’s your sushi meat! Place the “tuna” in its marinade and refrigerate.

Meanwhile, when the rice is finished cooking, remove it from heat, combine the rice seasonings and mix into the rice. You can now put the rice into the refrigerator to cool, or let it stand at room temperature.

After at least 30 minutes of marinating, prepare your nori, sushi rice and a bowl of water. Slice some avocado and/or cucumber if you wish. Use the ribbed, slightly less shiny side of the Nori paper to pack a thin layer of rice, covering the sheet except for one inch at the top. Place avocado/cuke and then a generous amount of “tuna” about 1/3 of the way from the bottom of the paper Using your fingers, roll the sushi – when you get to the end, use a few drops of water on your fingertips to seal closed (best to watch the video again if this sounds at all unclear). Then slice down the middle, and continue down the middle of the remaining sides until you get 8 pieces. If the end pieces aren’t gorgeous, don’t worry, ours weren’t either. Feed them to unsuspecting children, or to your own face!

Get your SPICY TUNA on! 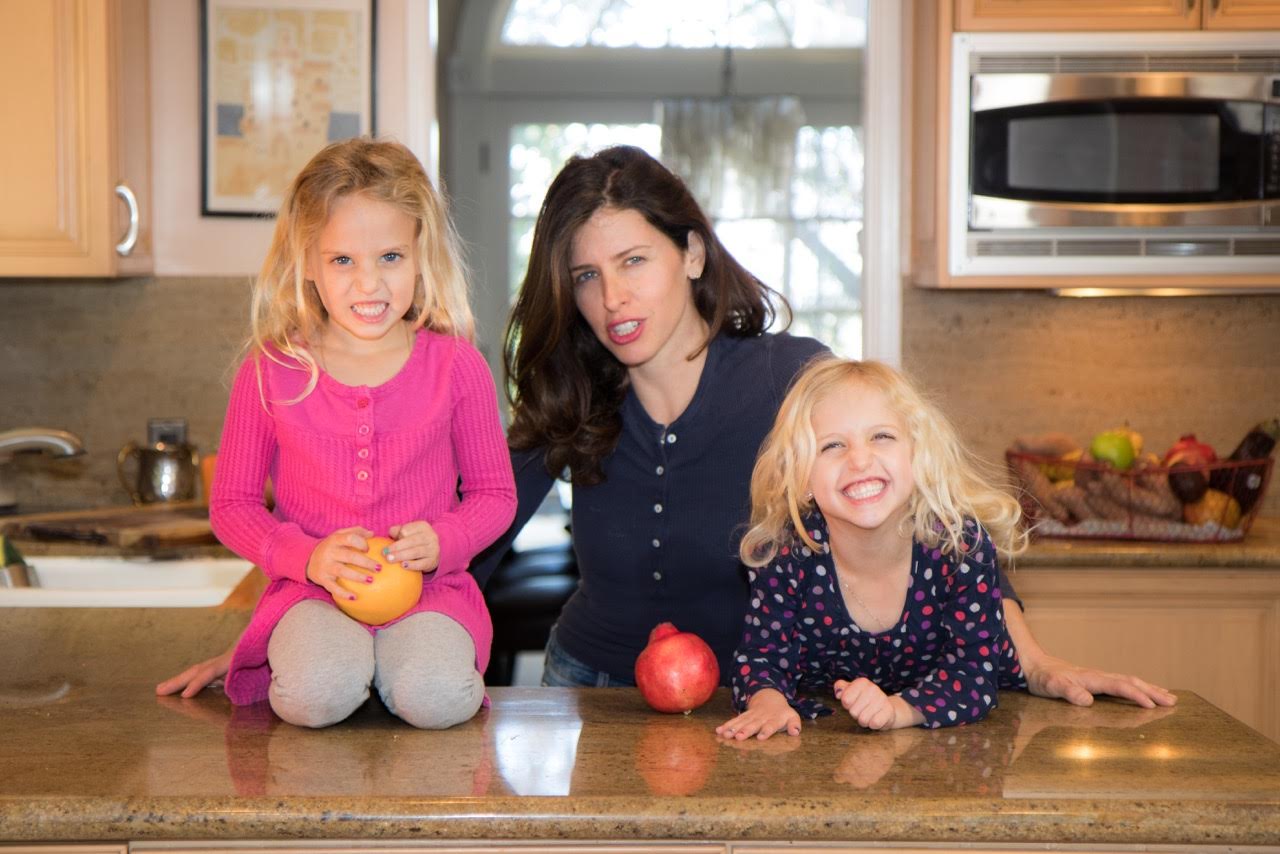 Jenny Goldfarb is an entrepreneur vegan mom blogger, founder of CountYourColors.com sharing delicious videos with her young kids each week