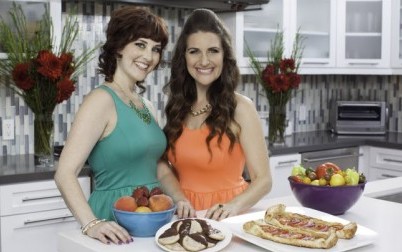 “We are so excited to partner with Four Seasons Hotel Los Angeles at Beverly Hills on launching new healthy menu items to kick-off the summer,” say Heather and Jenny from Spork Foods.

Spork Foods also offers live vegan organic cooking classes in Los Angeles at Spork Foods, and their cookbook Spork-Fed is currently in stores with a foreward by fellow fans and sisters Emily and Zooey Deschanel.  Heather and Jenny teach all over the world at resorts, universities, corporations and more, reaching approximately 10,000 people a year.  They have been featured in numerous national and local publications, and television shows.