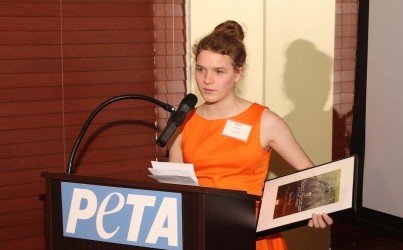 5 Resolutions That Will Make You a Better Parent in 2014

She’s only 12 years old, but Rose McCoy is already a headline-grabbing force to be reckoned with, and she’s making quite a name for herself among animal advocates. She’s stronger than most grown men we know, but sweet , kind and beautifully mannered.  Rose is the kind of girl all parents should want their girls to grow up like – focused, compassionate, and tenacious. 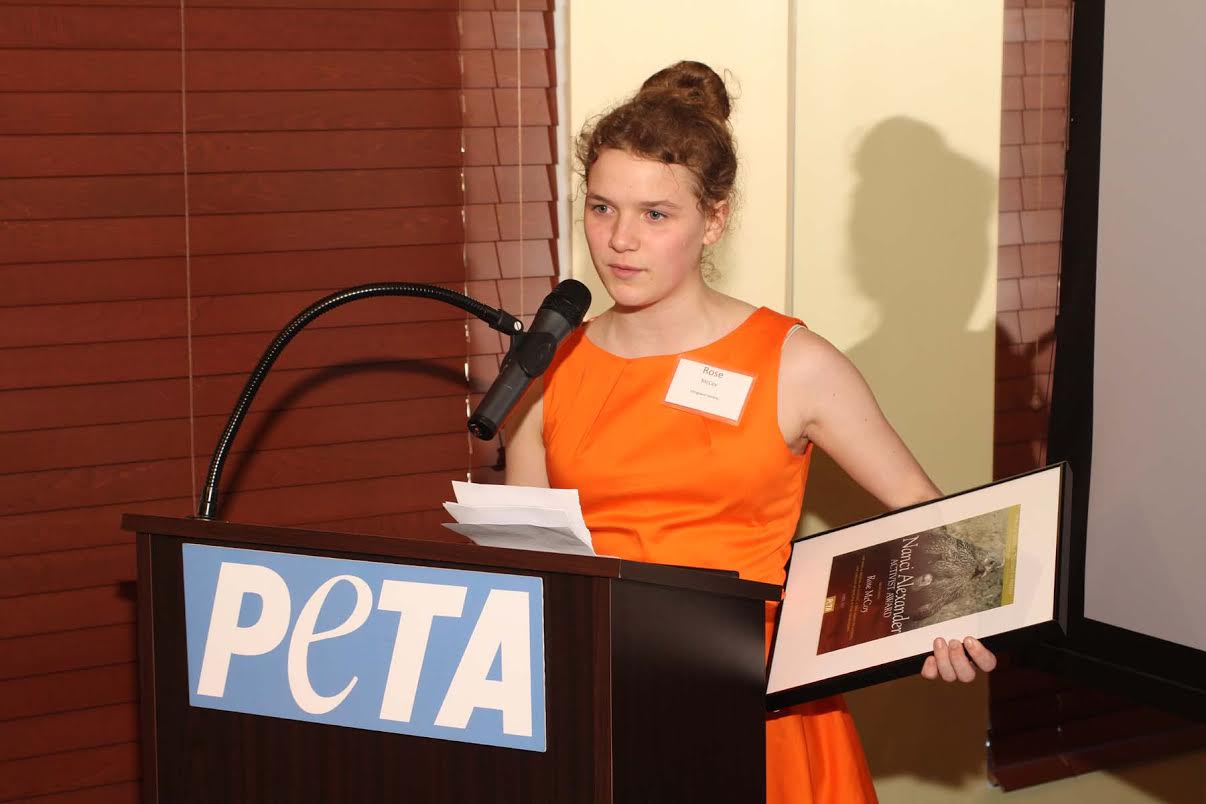 You may recognize her as the tenacious girl who climbed the barrier at the Macy’s Thanksgiving Day Parade and leapt out in front of SeaWorld‘s float, shouting, “Boycott SeaWorld!” and holding a sign that read the same. Even when police approached her, Rose stood her ground, and they had to pull her off the parade route and turn her over to her parents behind the barricade.

Not one to be deterred, Rose is now planning to fly to Pasadena to help out with PETA‘s protest of SeaWorld’s float at the Rose Parade. And there’s no telling what she has up her sleeve this time.

What makes this seventh-grader so determined? Raised by parents who are also committed animal advocates, Rose has always recognized that animals are not ours to use, abuse, or kill. Since she could walk, this rosy-cheeked vegan has been helping PETA save animals, by speaking at a McDonald’s corporation annual meeting and at New York City Council meetings, forming an animal rights club, and donating part of her cat-sitting money to PETA’s spay-and-neuter mobile clinics.

Rose has a special place in her heart for marine mammals, too. “SeaWorld takes baby orcas from their mothers and forces them to live in small concrete tanks, never knowing what it’s like to spend time with family or swim long distances,” she says. “I hope people who saw me at the parade will boycott SeaWorld until it stops tearing families apart and returns these animals to their ocean homes.”

Is Rose McCoy the next Ingrid E. Newkirk in the making? Quite possibly. But for now, you can catch her in action at the “Rose” Parade.