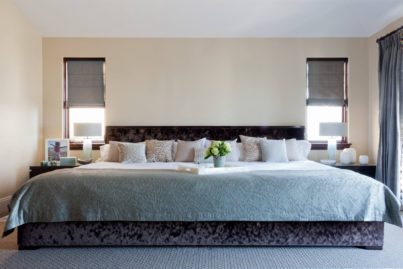 We’ve been advocates of co-sleeping since we first tried it 7.5 years ago, and did our research on its benefits. After co-sleeping with 3 kids, we cannot imagine doing it any other way, and have found it to be magical for all parties involved! Simply put, there’s a difference in the energy of kids who have co-slept. Aside from going to bed as a family dressed in silk pajamas melting my heart, the benefits of co-sleeping are becoming clearer to the masses.

Popular media has tried to discourage parents from sharing sleep with their babies, calling this worldwide practice unsafe. Medical science, however, doesn’t back this conclusion and prove the benefits of co-sleeping (See Safe Co-Sleeping Research). In fact, research shows that co-sleeping is actually safer than sleeping alone (See Co-Sleeping: Yes, No, Sometimes?). Research shows a benefit of co-sleeping is infants virtually never startle during sleep and rarely cry during the night, compared to solo sleepers who startle repeatedly throughout the night and spend 4 times the number of minutes crying. Startling and crying releases adrenaline, which increases heart rate and blood pressure, interferes with restful sleep and leads to long term sleep anxiety. Studies show that infants who sleep near to parents have more stable temperatures 2, regular heart rhythms, and fewer long pauses in breathing compared to babies who sleep alone. This means babies sleeps physiologically safer. Worldwide research shows that the SIDS rate is lowest (and even unheard of) in countries where co-sleeping is the norm, rather than the exception. (See SIDS: The Latest Research on How Sleeping With Your Baby is Safe). Babies who sleep either in or next to their parents’ bed have a fourfold decrease in the chance of SIDS . Co-sleeping babies actually spend more time sleeping on their back or side 1 which decreases the risk of SIDS. Further research shows that the carbon dioxide exhaled by a parent actually works to stimulate baby’s breathing. Co-sleeping babies grow up with a higher self-esteem, less anxiety, become independent sooner, are better behaved in school, and are more comfortable with affection. They also have less psychiatric problems. The Consumer Product Safety Commission published data that described infant fatalities in adult beds. These same data, however, showed more than 3 times as many crib-related infant fatalities compared to adult bed accidents. Another recent large study concluded that bed sharing did NOT increase the risk of SIDS, unless the mom was a smoker or abused alcohol.

Most co-sleeping parents have simply put a king, or even a Puffy mattress (read the Puffy mattress review here) on the floor (or in our case two – since we had 3 young kids bedsharing.) Imagine our excitement when we discovered The Ace Collection, a series of high-end mattresses in huge co-sleeping sizes! Priced at 2-4k, they aren’t so different from ordering two large mattresses to put next to each other as many of us attachment parents have done with our kids. I know that so many of you will be scouring far and wide looking for the best mattress for your bedroom, with tons of questions constantly popping into your head – Will it be sustainable? Are Vispring Mattresses Value for Money? Can we find something that will suit all our sleeping needs? Well, in the case of us, we can’t wait to try these out and see if they are as great as they seem. If you’ve tried them or others similar, let us know in the comments below!

This is one of those “finally!” products that many parents will be breathing a sigh of relief over.

Our sage parenting advice? Skip the expensive crib, and get this mattress instead. Everyone will be much happier, and sleep better!