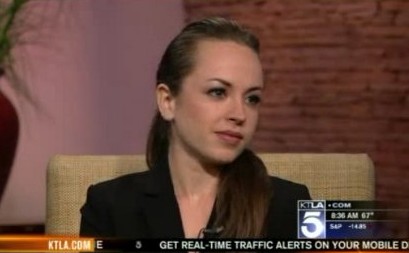 Ruby Roth has yet to let a news anchor off the hook with one interview. The woman literally kills them with knowledge and kindness every solitary time she opens her mouth! Anyone who has ever argued, questioned, or worried about raising plant-based kids needs to watch this interview. Brava, Ruby. We are so proud to have you as a GGA Contributor and friend!

In the greenroom just before this TV interview, a producer gently warned me that the anchors would likely take a tough stance against my book, Vegan Is Love.

I imagine that she, the producer, had taken in my small stature, the cuteness of my book cover, and had suddenly felt badly about throwing an innocent little children’s book author to the wolves.

“It’s okay,” I told her, playing soft. Secretly, I was already hardened from my FOX interview, plus I had just returned from a health conference. I was feeling pretty damn sharp.

The anchors, of course, went in as they do. Along with other feigned concerns about protein and ostracization, they suggested that Vegan Is Love might fall into the category of things parents do to “traumatize” children at an early age.

By the end of the interview, as I stepped off the stage, I could feel it had not gone as expected by any of the KTLA staff…enjoy it!