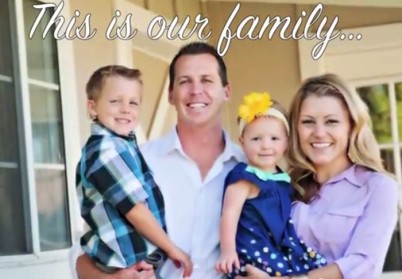 A First Amendment Pioneer’s Take on the Second Amendment

We dare you not to cry watching this video of the Whittington Family’s story. Their little girl Ryland was born deaf. They thought, once she received implants and could learn to talk and hear, that their worries were over.  But something else happened. The moment she was able to talk, she made it very clear that SHE was a HE. Watch the story of how this traditional, nuclear family bent to accommodate who their child is. These people are exemplary and so strong. We applaud them and hope Ryland’s story helps bring acceptance and understanding to the trans community.

In early 2007, we were surprised with the news that Hillary was pregnant with our first child. They told us we were having a baby girl. We decided to name her Ryland and we planned accordingly. She was healthy, beautiful, and happy! Around her first birthday, we learned Ryland was deaf.

We were heart broken, but soon on our way to cochlear implants. With a lot of hard work Ryland learned to hear and speak! We thought we had faced our toughest challenges, but Ryland had more to share with us.
As soon as Ryland could speak she would scream “I AM A BOY!” She began to show aversion to anything feminine. It was easiest to call Ryland a “tomboy.” Some told us it was “just a phase.” The trouble was phases end. This was only getting stronger.

Ryland began to display increasing amounts of shame. She said “When the family dies, I will cut my hair so I can be a boy.” Through tears, she asked “Why did God make me like this?” She may have only been 5 years old, but we needed to start truly listening. Something more was happening inside of Ryland.

We sought the help of professionals and experts, while researching everything we could. We all came to the same conclusion, Ryland is transgender. Although Ryland was born with female anatomy, her brain identifies with that of a boy. Through our research, we discovered a disturbing statistic. 41% of transgender people have attempted suicide due to the lack of societal acceptance (Suicide attempts among Transgender and Gender Non-Conforming Adults. The Williams Institute, January 2014) The National Average is 4.6%. We were not willing to take that risk. For Ryland’s well-being, we were advised to allow him to transition as soon as possible.

We cut his hair. We changed pronouns to Him/He. We changed his room. We sent out a letter to friends & family explaining our change. We lost a few, but the people who truly matter stuck by us. What we have learned is that most children realize their “true gender” between 3 to 5 years of age. Ryland’s gender identity was not caused by our parenting style, family structure or environmental factors.
Relative to the horrific things that people have to endure with their children all over the world, this is nothing. He is still healthy, handsome, and EXTREMELY happy! We signed up as parents with no strings attached. This is our family and this is our AMAZING son!

“Rights are won only by those who make their voices heard.” (Harvey Milk) Our hope is that our voice will be heard and this world will become a more loving and accepting place for Ryland and the entire LGBTQ community.
Thank you for letting us share our story.