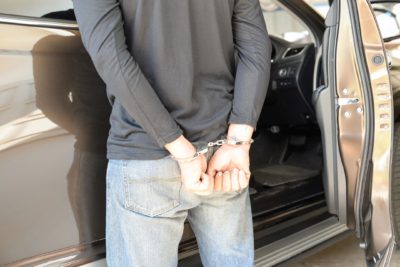 CEO, environmentalist, and e-waste recycling pioneer (Clifford) Eric Lundgren, was just sentenced this week to serve 15 months in Federal Prison for distributing free software (computer restore Freeware) in order to divert computers from landfills and empower consumers to fix their property. There are loads of places that try and do this, such as this Atlanta Computer Recycling company, who want to try and keep computers from landfills. Currently appealing this unprecedented sentence, his story will leave your jaw agape;

Six years ago, Eric Lundgren provided free computer restore CD’s to computer refurbishers in the United States, who then gave them to their customers as a free computer repair tool. This repair CD comes free with all Dell computers, and it is also available free of charge for anyone to download at Dell.com. The restore CD’s could only bring consumer’s original operating system back to its factory settings. They contained no license and no Certificate of Authenticity (COA), as they required a valid license from Microsoft to work. The consumer could only use the restore CD if they already had a legal and valid license from Microsoft. Microsoft then claimed that for each restore CD that Eric Lundgren gave away, they effectively lost out on a potential re-sale of the same (new) operating system. In other words, Microsoft was upset that they were not allowed to double-dip the consumer for the same product.

Eric Lundgren is a renowned leader in the his field of electronic waste recycling. He founded the first US based Hybrid Electronic Recycling facility and recently made national headlines with his world record making electric vehicle made out of nearly all recycled parts, beating the range of Tesla’s flagship electric vehicle. Most e-waste is landfilled at a financial costs and to the detriment of the environment, and other e-waste is exported to third-world countries with inhumane processing methods. After witnessing firsthand how America’s waste is polluting the earth in his global travels, Lundgren created a real solution for the e-waste epidemic. Through efficiency and innovation, his company identifies all generic parts and components of value and preserve is discarded e-waste, rather than just destroy them. They then extract and re-integrate into new applications. Eric calls this Hybrid Recycling, and it effectively decreases the demand for raw material production, conserving our natural resources and reducing our carbon footprint.

Eric has emerged as the industry leader in efficient e-waste recycling, him being jailed for his conscious application is atrocious.