How to Throw an Eco-Friendly Party for Any Occasion

Editor’s Note: This was republished post-Orlando mass shooting because, at a time when the media is fanning the flames of Islamophobia, we need to remember that if it wasn’t for our lax gun control laws and belligerent pro-gun culture, that mass shooter may have never had a firearm in the first place.

I have, shall we say, an interesting relationship with the Constitution. Back in 2009, I was involved in a lawsuit with Google over whether libelous speech (in this case that of a cyberbully against me) was protected by the First Amendment. When a Manhattan Supreme Court judge ruled in my favor, a precedent was established that protected victims of bullying against their attackers. 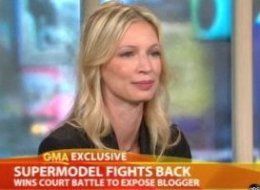 Now there is another constitutional question that has a direct effect on me – and, indeed, on every mother who fears for her children’s safety. That is the issue of gun control and the Second Amendment.

Over the last month, mass shootings have dominated our national headlines. On May 23rd, a violently misogynistic college student killed seven people and wounded thirteen at the University of California, Santa Barbara; on June 5th, a man who “wanted to feel the hate” killed one person and wounded three at Seattle Pacific University; on June 8th, two right-wing extremists killed three people at a Las Vegas shopping mall; and on June 10th, a high school freshman in Oregon killed two people and wounded another.

And those are simply the stories that make the headlines. Since the December 2012 shootings at Sandy Hook Elementary School in Newtown, CT, there have been 74 school shootings throughout the nation, to say nothing of the hundreds of additional shootings that took place in other locations. As Hillary Clinton put it in a recent live CNN town hall, “We cannot let a minority of people, and that’s what it is, it is a minority of people, hold a viewpoint that terrorizes the majority of people.”

Clinton knows what she’s talking about. When a CBS News/New York Times poll asked Americans whether they would support stricter gun control laws in a general sense, 54% wanted laws made more strict, 36% wanted them kept as they are, and only 9% wanted them weakened. In fact, every CBS News/New York Times poll taken on this subject since 2013 has shown 47-54% of Americans wanting stricter gun laws, with 33-39% wanting them kept as is and 9-12% wanting them weakened. More importantly, Americans who were asked how they felt about the specific gun control policy that President Obama and the Democrats tried to pass last year – one that would have required background checks on all potential gun buyers – a whopping 85-92% supported the regulation throughout 2013 (compared to 7-12% who opposed it), with 69% wanting Congress to pass Obama’s bill (including 58% of Republicans).

In short, Clinton was correct when she observed that the people who claimed Obama’s gun control was un-Constitutional are in the minority. But are they wrong?

That depends on who you ask. While the pro-gun lobby acts like their interpretation of the Second Amendment is beyond question, the truth is that judges and legal scholars have been fiercely debating it almost since the Constitution was first ratified. In the 19th century there were cases like Bliss v. Commonwealth in Kentucky (which found that “the right of citizens to bear arms in defense of themselves and the State must be preserved entire”) and State v. Buzzard in Arkansas (which ruled that “the people, neither individually nor collectively, have the right to keep and bear arms”). The 20th century yielded cases like Salina v. Blaksley in Kansas, which determined that the Second Amendment “applies only to the right to bear arms as a member of the state militia, or some other military organization provided by law” (and was later overturned by an amendment to that state’s constitution) and United States v. Miller in the Supreme Court, which declared that unless a weapon “has some reasonable relationship to the preservation or efficiency of a well regulated militia, we cannot say that the Second Amendment guarantees the right to keep and bear such an instrument.” Surprisingly, it wasn’t until District of Columbia v. Heller in 2008 and McDonald v. Chicago in 2010 that the Supreme Court officially recognized an individual “right to bear arms”… and even then pointed out that “the Second Amendment right is not unlimited.”

As I see it, the Constitution is a wonderful piece of American history, one that should be defended when it is practical and in the best interest of the majority of the population. At the same time, it was written when the national population was less than 4 million (as opposed to more than 300 million today), when women had few legal rights and hundreds of thousands of African Americans were slaves. Even if you believe the Second Amendment was intended to protect an individual’s right to bear arms (which, as already established, is hardly a given), we will cripple ourselves in the eyes of the world if we can’t amend the Constitution as our society evolves. If women still couldn’t vote, and if slavery still existed, there would be no American Dream today.

There are common sense regulations that could effectively address this problem. I don’t have a problem with people wanting to have a gun at home to protect their families… but that should be regulated with background checks similar to those proposed by President Obama last year. Our society needs to view the responsibility of owning a gun in the same way that we treat owning a car: If you loan a car to your friend and he hits someone, you are held responsible. The person who left his machine gun in a Target, or the parents whose children find their weapons and kill themselves or other people, should be held liable. Similarly, just like you can’t buy a car if you don’t have a government-issued driver’s license and insurance, so too should you be unable to buy a gun without some form of regulation. It all comes down to personal accountability – a premise with which conservatives, ostensibly at least, agree.

We should also demand that our media change the way it cover these mass and school shootings. Instead of focusing on the victims, the media sensationalizes the stories of the killers. Their reasoning is obvious: The more salacious they make the story, the more you watch and the higher their ratings will be. While that makes sense from a business standpoint, it is wrong for news stations to glamorize these killers to put money in their own pockets. Young people who are lost and confused, who feel like giving up, can see these stories and believe that a mass shooting offers them a chance to go out with a bang and be famous.

Finally, we need to acknowledge the role of race in this issue. According to a study published last year on the open-access peer-reviewed scientific journal PLOS One, there is a link between gun ownership, opposition to gun control, and what they referred to as “symbolic racism” – or racist attitudes that, though not apparent, influence how they view the world. People who agreed with the prejudiced attitudes posed in the eight questions on the Symbolic Racism Scale (which you can see here) were far more likely to own a gun, support concealed handgun laws, and oppose gun control measures. Not coincidentally, this explains why many minorities feel the “right to bear arms” slogan is explicitly not intended for them (when I told an African American friend of mine about this article, he remarked that “there is no way blacks are allowed to walk around openly with firearms without an immediate challenge from those in authority. We would be labeled and perceived as thieves and dealt with by extreme force… While the Constitution is an amazing document, it has no relevance to the black experience in America as it was originally structured, with blacks being 3/5ths of a human being at the time of the signing and many of the writers being slave owners.”)

Just as anyone who has been bullied can understand why I acted as I did during the Google lawsuit, so too can anyone who is a mother understand why I feel the way I do about guns. As a mother, I am afraid to send my child to school. It disturbs me that I have to ask the parents of my child’s friends if they locked up their guns – a question my mother never had to ask when she raised me – and that every week brings the story of another school shooting. Nothing matters more to me than protecting my child, and to paraphrase Clinton, I am tired of being terrorized by the small minority of people who value their guns more than my child’s life.

By Liskula Cohen with Matthew Rozsa

Matthew Rozsa is a Ph.D. student in history at Lehigh University and a political columnist (PolicyMic, The Allentown Morning Call, The Newark Star-Ledger). He has provided expert commentary on Huff Post Live and Channel 69 news (Philadelphia and eastern Pennsylvania area).

Liskula Cohen is a Canadian-born former model who has worked in New York, Paris, Milan, Tokyo, and Sydney, among other cities. She is a feminist and loves every second of raising her amazing daughter as a single mother.