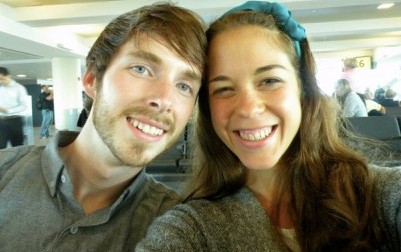 When Ariela Rose lost her boyfriend to suicide following a long struggle with bipolar disorder, she was left with the ultimate task — learning how to cope with the loss of soul mate. Ariela not only lived, she serves as an inspiration. We knew Brian. He was a sweet, kind soul to match Ariela’s. We know her words will bring comfort to so many partner’s left to pick up the pieces. Here’s Ariela’s story of finding life after grief;

How To Not Lose Yourself When You Lose Someone You Love

You know that feeling when you’re holding something inside, like deep inside your heart, and you’re bubbling with anticipation, a need to share it, but you know you have to wait for the right moment before you let it burst forth? That’s how I feel about telling my story, Brian’s story, ultimately the story of us. Because we were an us, a big us. Now I’m just me, but I’m happy, truly, being me. However, for a long time I wasn’t. So this story is also about healing, about healing after someone you love with every ounce of your being is ripped from you, and you fight to keep them from being gone forever, but then poof, they’re gone. You can scream, and yell, and shed more tears than you ever thought possible, but you can’t change it. It’s done, final, the door has closed and locked, and no key exists.

On February 16, 2011 I watched my boyfriend Brian die. I heard him take his last breath, saw his chest lift with the inhale, fall with the exhale. After that it was over, the nurse told us so, and his family and I said our goodbyes best we could muster at the time, Brian’s favorite band Radiohead, the background noise to our breathless sobs. I remember trying to kiss every inch of him I could see and touch; his hands, his arms, his chest, his face. I didn’t want to forget what his warm skin felt like on my lips. But then they had to take him away, quickly, too quickly, and I forgot everything that I thought I’d want to say to someone the last time I’d see them, so instead I was just silent, numb. 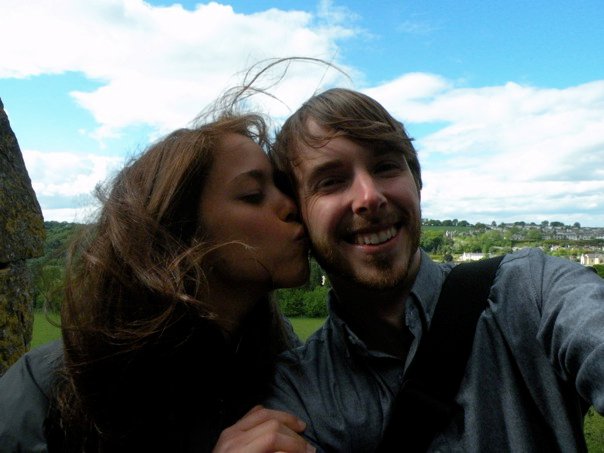 But that was the very end. So let’s go back to the beginning. There’s a lot of beginning to tell.

Brian and I met where many young budding romances begin; Temple University’s Environmental Club House. I was a freshman, him a junior, and truth be told, I wasn’t having it right off the bat. Sure, I humored him by standing close by his side as we dominated the flip cup table, flirtatiously agreed to be his beer pong partner, and at the end of the night let him take down my number. Honestly, when he called that first time I was surprised, under the impression that in college you meet all kinds of men who you bat your eyes at for one night and never hear from again. Plus, I was under the firm belief that as a freshman I had no interest in a boyfriend. I wanted to be single, play the field, have fun, keep any and all options open. However, I found myself agreeing to the date, and the next weekend there I was sitting across from the lanky, blue-eyed boy eating a vegan cheesesteak so big it appeared to be encased in an entire baguette. I was intrigued by him, with his floppy, dirty-blonde hair; contagious choke of a laugh; and a pair of Nike high dunks that matched his orange and blue fixed gear bicycle. He became the eyes that I got to know Philadelphia through that first spring, and he liked me with an honest force that frightened and excited me at the same time. So at the end of that spring, I did what any never been in love 18-year-old would do, I blew him off and retreated home to Boston for the summer. We talked on the phone a handful of times, but I remained steadfast in my stubborn resolution not to let his glistening baby blues penetrate my heart. Not yet. 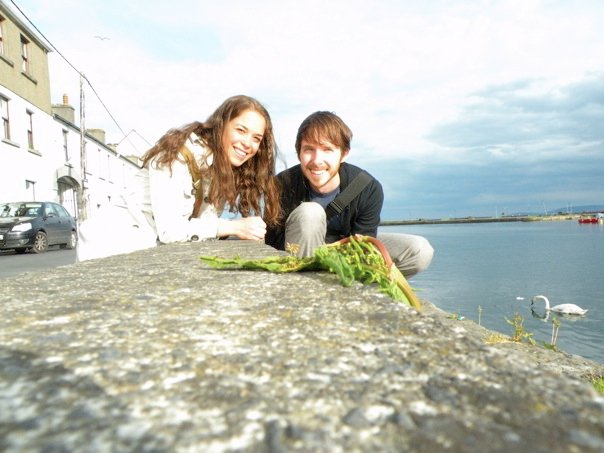 I returned to Temple for my sophomore year with a peeling sunburn, and shedded innocence. I walked tall with the confidence of someone who had “done this college thing before.” I didn’t need my own personal tour guide anymore, I dated around, went to parties with my roommates, and traversed Philadelphia with ease and assurance. The only catch? I couldn’t get Brian off my mind, no matter how hard I distracted myself. I began seeing him everywhere, in everyone, but continued to push my feelings for him away thinking it was only a phase, something I’d left behind in my inaugural college year. But then one weekend I found myself walking to his brother’s place for a party, and then he wanted to talk to me, upstairs, alone. I remember him gazing at me with those eyes, then kissing me with so much need and passion I thought my knees might buckle. I was in deep.

This was our re-start, the new beginning of a relationship that would stay with me as I completed my undergraduate degree in Journalism; take me on my first trip to Europe; show me what it really feels like to be in love and make love; and ultimately shatter my world completely with the loss of its core second half. But this isn’t a story about regret, because I would never give up the amazing moments we shared. I would never un-wish our relationship, for the happy times far outshine even the darkest days. Yes, there were dark days, darkness even before the mind-numbing blackness of the day Brian died.

I can’t remember exactly when Brian told me he suffered from Bipolar Disorder, but I do remember it being the day I knew he fully trusted me. He’d told me the one thing he kept from most of his closest friends, and I remember kissing and holding him, assuring him that I would be there for him no matter what. But I also remember feeling reassured that he had it under control. He was my rock, my teacher, best friend, and first love. He taught me how to traverse the crowded city streets on my baby blue Schwinn; how to properly hold a kitchen knife while making tofu curry; how to swing my arms and lift my knees while running; and how to listen, truly listen, to the many albums of Radiohead. He showed me how to give yourself, your emotions, your heart to another. “I don’t just love you,” he’d say “I’m in love with you.” 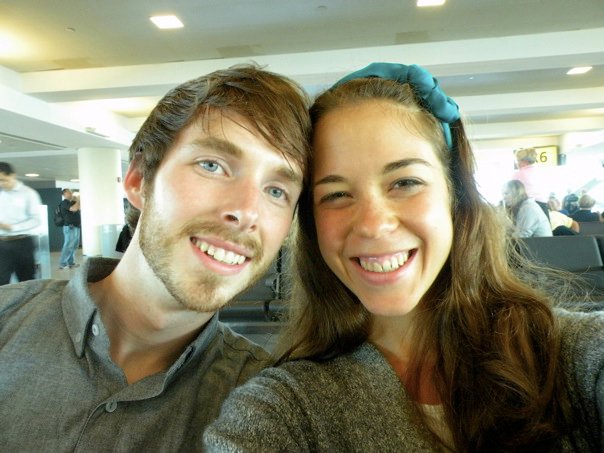 But I also saw him when he wasn’t this towering boulder of a rock, when instead he had been broken down into a tiny pebble. Fragile, clinging, in need of care and the constant reminders that yes I loved him, and yes I would always be by his side. Looking back on it now, I know it was the unpredictability of his mental illness breaking him down, the extreme highs and lows. But back then I didn’t understand the effect it could have, and before long he’d be back to his old self. Back to being my rock.

The weekend that Brian died I didn’t have the chance to analyze his emotions, to let him cling to me in his fragile state, to give him care and the reminder that yes, I loved him, and yes, I would always be by his side. I was in New York for my younger sister’s birthday, and by the time I made it back to Philadelphia things were already spiraling out of control. Brian was gone, not dead, but checked out. He’d left the city on a flight destined for Japan, for the forest at the foot of Mt. Fuji, Aokigahara, a place of beauty where hundreds inexplicably take their lives each year. Ultimately Brian never made it to Japan, and his family and I fought to find him in Toronto, Canada where his plane made a stop en route. The wild goose chase of that weekend ended where I began this story; Brian’s family and I huddled close around him, Radiohead softly playing in the background as we said our final goodbyes.

In the almost three years since Brian’s death I have slowly climbed from that hole of darkness and numb, but it certainly hasn’t been easy. I’ve sorted through, clung to, and let go of the personal belongings of someone who is never returning to claim his things. I’ve worked through and discarded the guilt and blame I imposed on myself immediately following his death, and the “what-ifs” no longer cloud my mind. I’ve heard from fellow “suicide survivors” at group meetings, and at the annual Samaritans 5K Run and Walk. I’ve learned that mental illness and suicide are tragedies that affect far more families than I ever could have imagined, and that the treatment of these mental illness is still largely hindered by stigma and misunderstanding.

Amidst all this I have also learned that it is possible to, slowly and carefully, to heal from extreme loss, and that while the sadness of losing someone you love will always be with you, it is possible to find happiness again. I’ve gotten to know myself and understand my passions, and I make sure to stop, breathe, and take the time to do the things that truly feed my soul. One of those things is cooking and creating colorful, veggie-filled meals in my kitchen. A passion first piqued by Brian’s love of cooking and dream of starting his own vegan food truck, I’ve found that I am truly in a happy, meditative place when I am preparing healthful food for myself and others. At age 25, I don’t exactly know what I want to be when I grow up, but I do know that it will be largely related to nourishing the bodies and minds of others with foods that are both nutritional superstars, and delectable taste-bud-pleasers. This desire is a gift given to me by Brian, and as my hand grasps my kitchen knives, poised to slice and create another soul-satisfying meal, I remember him touching my hand to adjust it just so. His simple gesture, one that has given me the ability pass the love he gave to me to the hearts, and bellies, of so many others.

It will be the three year anniversary of Brian’s passing on February 16th.Donations can be made in Brian McMenamin’s honor to the Samaritans Organization or NAMI.

Ariela Rose is a 25-year-old aspiring whole foods chef living in the Boston area where she spends her days serving up specialty coffee at a combo bike shop/cafe. Be sure to say hi next time you spot her traipsing around town on her bike, exploring Boston’s many farmers markets, or daydreaming about her next travel destination. Tumblr: To Nourish, Instagram: arose729, Facebook: Ariela Rose